MYNHARDT VS VAN STADEN MOVES TO 13 MAY 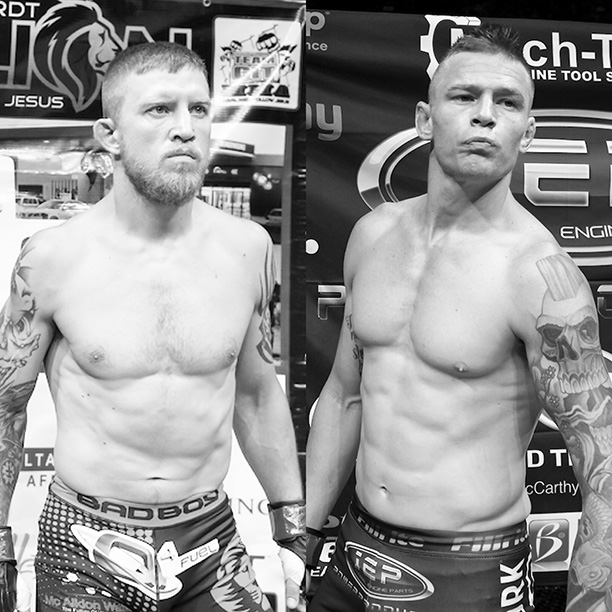 Johannesburg, South Africa – Excitement reached a high when it was announced that two of the biggest names in the organisation would face each other at EFC 57 but fans will have to wait a bit longer before they see what is sure to be an epic fight. Leon ‘Iron Lion’ Mynhardt vs Martin ‘The Punisher’ van Staden was originally scheduled for Saturday 4 March at Carnival City in JHB, but after a request from Mynhardt to move the fight out was agreed on, the bout is now set to take place on Saturday 13 May at EFC 59, also at Carnival City.

EFC matchmaker Graeme Cartmell had received word from Mynhardt’s management at Team CIT that the fight was on for 4 March but shortly after it was announced, Mynhardt’s team contacted EFC to request a postponement.

When reached for comment, Mynhardt responded, “I am always fit and active, but after taking short notice fights most of my career. I realise I really need to prepare for a fight like Martin, I want this to be my year.”

His opponent, Martin van Staden, who is across the Atlantic in training camp at American Top Team in Miami, had the following to say after hearing about the delay: “I don’t have time to waste on guys that don’t want to fight, I’ll fight him whenever.”

“I was so excited to put this fight together and am truly sorry to let the fans down for not being able to lock this down, with a solid confirmation from both fighters themselves,” explained EFC matchmaker Graeme Cartmell. He added, “Bar injury, I can guarantee that the fight will happen in May and we can look forward to two of SA’s greats putting on a show.”

This mega fight remains one of the most highly anticipated bouts to be revealed in recent times and fans can expect it to live up to the hype and expectation the two MMA heroes have set in their storied careers.

EFC 59 takes place on Saturday 13 May 2017 at Carnival City, Johannesburg. Tickets are on sale soon at www.computicket.com, and the 5 main card bouts will be broadcast live on kwesesports.com (Sub-Saharan Africa), Kwesé Free Sports (Kenya & Rwanda) and live in South Africa on SABC 3 starting at 21:00 (CAT). Full broadcast details available on www.efcworldwide.com.