MADDOG VERSUS DEMOLITION JACQUI FOR THE TITLE 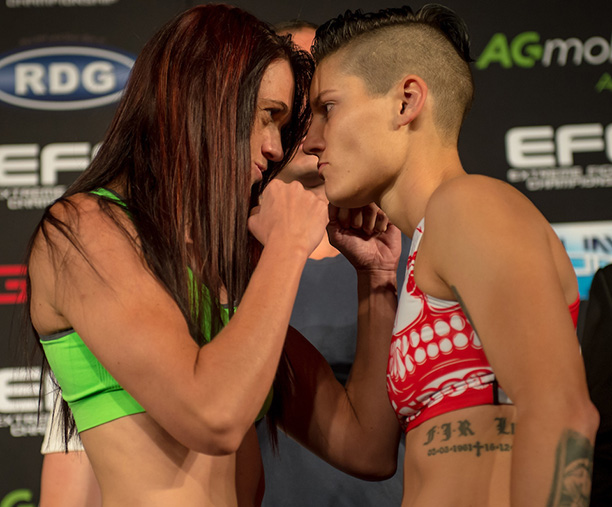 Flash forward to the final event of EFC 56, Power makes a return to the Hexagon at catchweight against Trosee. Undefeated, Power is a massive favourite stepping into the bout, but Trosee begs to differ and is out to prove she belongs at the top of the women’s rankings. Over three grueling rounds, Trosee lives up to her moniker of ‘Demolition’ and steals the show for a unanimous victory. This highly impressive victory sets up one of the most anticipated rematches in the organisation’s storied history, as this time the first women’s EFC flyweight championship is at stake.

The first-time Lino and Trosee collided, fans witnessed a highly aggressive and powerful athlete that caught Trosee very quickly and finished the fight via TKO in just ten seconds. Fans never got to see what Trosee was truly capable of. This time a different story will likely unfold.

It is fitting that the landmark 60th event will also be making history; this will be the first time that a women’s fight will headline at EFC and it’s the organisation’s much anticipated return to the golden shores of troDurban, the city many consider the birthplace of African MMA.

Lino commented on her opponent, “I expected Trosee to beat Shana, even though I would have liked to fight her myself. I know Jacqui will bring her best and I wouldn’t want it any other way.” She concluded, “I don’t want to face the Jacqui of old, I want to face the women that beat Shana, so I know when I win; I have beaten the best.”