A brief MMA history of South Africa versus Brazil 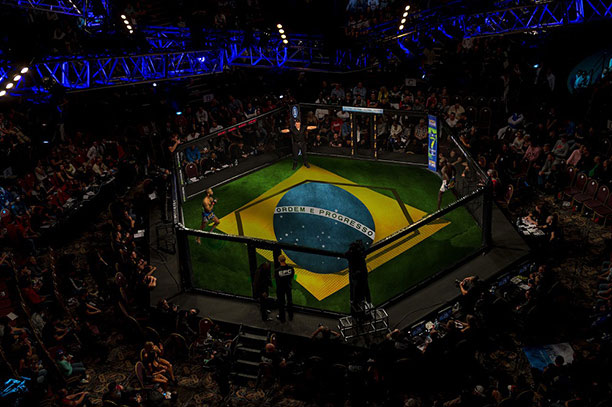 Johannesburg, South Africa – EFC is on the verge of an electrifying event as the welterweight champion, South Africa’s Dricus du Plessis, defends against the challenger from Brazil, Jose da Rocha. Regardless of who will walk away the winner this coming Saturday night, history has shown that the latest signing from Brazil enters with a notorious national history behind him.

The first Brazilian to be signed to EFC was the infamous Jadyson Costa. He rose to stardom and captured EFC gold within a handful of fights and in doing so, raised the level of competition.

The next threat to join the organisation from South America’s most famous fighting nation was Magno Alves. While he lost his debut fight to his much bigger opponent, he put on an incredible display of high-level technical ability, which athletes in his natural weight division will struggle to match.

Outside of EFC, former middleweight champions, Garreth McLellan and Jeremy Smith are both coming off losses at the hands of the South Americans. McLellan lost his most recent UFC fight in Brazil, as did Smith in Brave FC.

The Brazilians have always left battle scars on their South African counterparts, and coming from one of the top gyms in the nation, Brazilian welterweight champion Da Rocha could well posses the greatest danger to Du Plessis, and his intentions will be no different.

“MMA was born in Brazil, the nation consistently produces world champions and is synonymous with the sport,” stated EFC President Cairo Howarth. “Da Rocha, a top ranked Muay Thai and MMA fighter and a champion in one of Brazil’s top MMA organisations, training at a world-renowned fight team with some of the best, is a step up in competition for Dricus and the biggest threat that he has ever faced.”