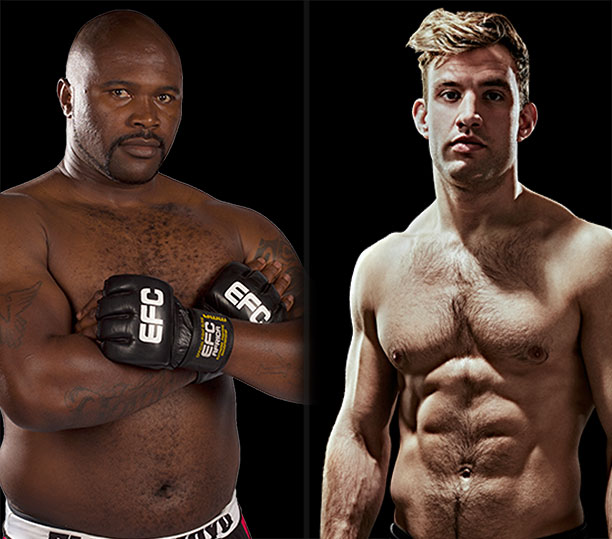 Sun City, South Africa – Extreme Fighting Championship’s fan favorite, Elvis Moyo, will be making his return to the Hexagon in Sun City on 8 July against an exciting new heavyweight prospect. The latest signing to EFC is England’s Stuart Austin and the English powerhouse is set to take on one of the organisations best.

Austin has signed to EFC with an impressive 11-3 record as a heavyweight mixed martial artist. He has featured in large American and British promotions such as Bellator and BAMMA and is now determined to dominate EFC, the southern hemispheres largest MMA promotion.

The super athletic Austin also goes by the name of ‘He-Man’, and does so for a reason, all but one of his eleven victories have come by early finishes, including a variety of KO’s/TKO’s and submissions. He trains and fights out of Team Titan in North London.

Upon signing, Austin stated; “I’m really excited to be with the EFC. I want to test myself against the toughest guys from around the world…” He continued; “EFC definitely has the best fighters in Africa! I’m also really excited to see how the African fans will react to me!”

When asked about his opponent Moyo, he responded; “Elvis is a very strong and powerful knockout fighter with a good chin.” Austin concluded with; “but I’m gonna’ finish him!”

Austin faces one of the heaviest hitters that EFC has ever seen. Moyo is a man driven to perfect his craft in the Hexagon and makes incredible improvements and adjustments to his skills in every appearance. Fighting out of TapOut Academy in Johannesburg, the African boxing champion and now well versed MMA athlete, Zimbabwe’s Elvis Moyo, knows very well how to KO any man in front of him. In one of the greatest Heavyweight fights in EFC history, he came so close to claiming EFC gold and is now determined to return to the top.

This bout between the men better known as the Bulawayo Bomber and ‘He-Man’ takes place on the main card at EFC 61 in Sun City just ahead of the much-anticipated heavyweight and light heavyweight title fights.