CONCUSSION IN TRAINING RULES BAGATTIN OUT 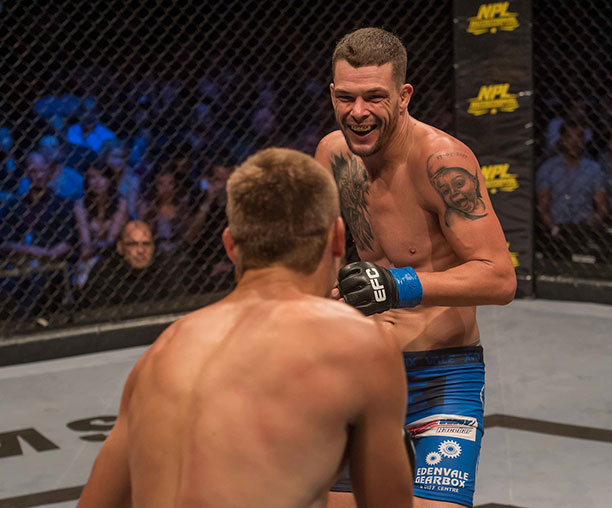 Sun City, South Africa – Dino Bagattin has suffered a mild concussion in training and it has forced him to be removed from his upcoming EFC 61 bout at Sun City against Bruno Mukulu.

Bagattin was scheduled to face the DRC star in the opening fight on the main card. Unfortunately, a suitable late notice opponent for Mukulu could not be found, causing the fight to be cancelled. Mukulu will most likely compete at the next event taking place at Carnival City in Johannesburg.

“We have heard from Dino that the injury is not too serious,” said EFC President Cairo Howarth. “However, safety of our athletes is always our primary concern and athletes who receive any type of concussion in the lead up to a fight are forced to not compete. We wish Dino a healthy and speedy recovery.”

A result of the cancellation sees the exciting prelim fight between Muay Thai specialists Faeez Jacobs and Kevin Pheko get bumped up to the main card.

Both Jacobs and Pheko made their EFC debuts at EFC 58 in Cape Town. Jacobs hyped up crowds with his outspoken ways and impressive first round TKO victory. Pheko dominated his opponent with his powerful kicks and punches, but was caught in a sneaky triangle submission in the second round.

Jacobs, from Cape Town, trains and fights out of Fighterz Inc in a relativey new fight team. Meanwhile, Pheko trains out of Johannesburg based camp Fight Sports Centre, with the likes of flyweight champion Nkazimulo Zulu and Oumpie Sebeko.

This will be the first time that either athlete appears on the main card. Nerves will be high, and the desire to perform in the company of two EFC champions plus the likes of Moyo, new international signings Austin(England) and Baudot (France), absolutely sky-rocketing.