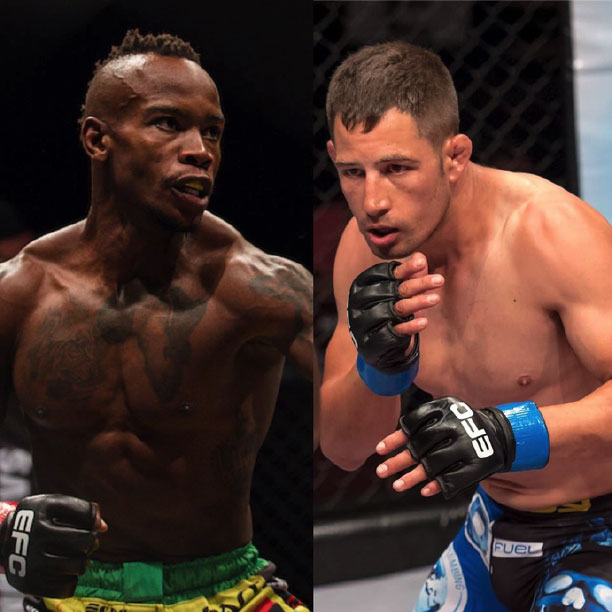 The natural born showman, Tumisang Madiba, has entertained crowds with his exciting, all out aggressive fight style, backflips off the Hexagon and charismatic personality ever since joining EFC. In his last outing he showed, by going toe-to-toe with Irshaad Sayed, that he is capable of trading with the very best, but he did this without a stable camp in his corner. Now the JHB raised athlete has returned from Cape Town and has moved back to the Highveld to train with Team TapOut. With the likes of Elvis Moyo and Rodrique Kena, under the eye of Wiekus Swart.

His opponent Gareth Buirski who trains out of Team CIT in Pretoria has been quietly working his way up the divisional ladder and has notched very impressive wins along the way. Most recently he received ‘Fight of the Night’ honors against Brazil’s Magno Alves and put on a dominant performance against the former contender Baldwin Mdlalose. Another big win for Buirski could secure his position as the bantamweight division’s next title challenger.

This electrifying bout takes place on the main card at the EFC 61 event in Sun City just ahead of the highly anticipated EFC heavyweight and light heavyweight title fights.