NO WAY I’M LETTING IT GO THE DISTANCE 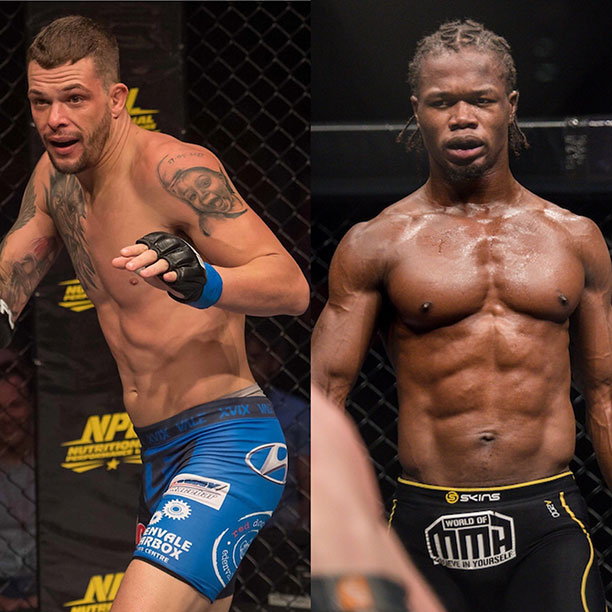 Sun City, South Africa – Recently added to an already impressive Sun City fight card is a notable bout between former welterweight champion Dino ‘The Lion’ Bagattin and Bruno ‘Major’ Mukulu. The EFC 61 event is taking place at the Superbowl, and is going down on Saturday 8 July.

The Edenvale local who fights out of FFM in Sunninghill is renowned for his striking pedigree and never-say-die attitude, and with that he captured the welterweight crown and the favor of many. Dino Bagattin is the longest standing athlete in the EFC roster and has had a career full of performance and fight of the night bonuses. The former welterweight champion is well known for his exciting fights and has made it clear that his career in MMA is still thriving…

DRC’s Bruno Mukulu is fresh off a big win and is looking to keep building his momentum. An example of human performance at its peak, Mukulu continues to impress fans with his striking and ever improving grappling. He has been publicly calling for a shot at the belt and a win over a former champion could launch him closer to his quest for EFC gold.

After a recent split decision loss, ‘The Lion’ now hungrier than ever, is determined to prove that he still belongs!

“The judges got it wrong between Shaun and I. There is no way I am letting it go the distance with Bruno,” stated Bagattin upon signing for the fight. This bout takes place on the main card ahead of the highly anticipated EFC heavyweight and light heavyweight title fights.

EFC 61: Van Zyl vs Mostert, Dalcha vs Baudot is presented by BetXchange.com and takes place on Saturday 8 July live from the Superbowl at Sun City in North West province, RSA. Tickets are on sale soon at www.computicket.com, and the 5 main card bouts will be broadcast live on kwesesports.com (Sub-Saharan Africa), Kwesé Free Sports (Kenya & Rwanda) and live in South Africa on SABC 3 starting at 21:00 (CAT). Full broadcast details available on www.efcworldwide.com.