Two of the organisation’s best return to face each other 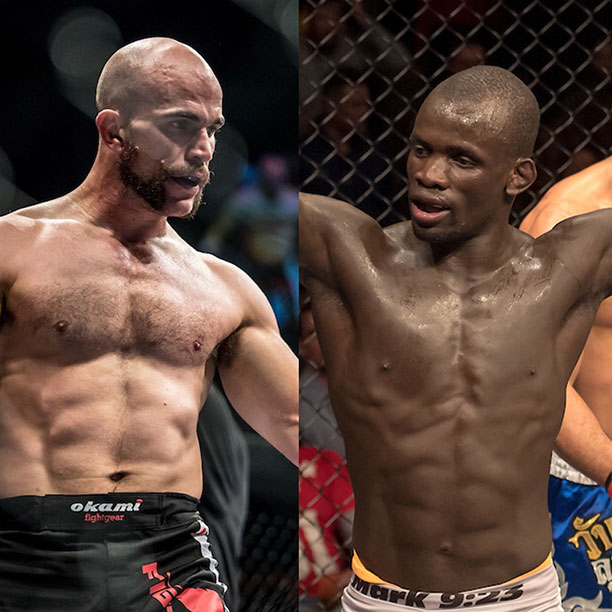 Durban, South Africa – It was recently revealed that former light contender, Zimbabwe’s Themba ‘The Answer’ Gorimbo was returning to action of a year-long layoff. His opponent, while said to be one of the organization’s best, was kept a suspenseful secret. Finally, it is confirmed that USA’s Dave ‘The Pain Train’ Mazany will face the Zimbabwean star.

They have one mammoth opponent in common that they both contested the lightweight title for in Leon Mynhardt. While Gorimbo was unsuccessful, Mazany smashed his way to victory, not once, but twice.

Gorimbo has only ever suffered one loss and that was to Mynhardt. Since that epic encounter, he returned to his winning ways with an impressive victory over England’s Joe Cummins. Now set to fight in Cape Town in EFC for the first time ever, the city where he began his MMA journey, he takes on one of the best in the organisation.

Upon signing for the fight, Gorimbo stated, “Forget the ‘American Dream’ Dave, I am going teach you about the ‘African Dream’!”

Mazany has it all, a phenomenal wrestling pedigree, heavy hands, vastly experienced and big match temperament to use it all to its fullest extent. He is a truly motivated man, who wants nothing more than to get his belt back and entertain fans along the way. Cape Town has become his adoptive home, and the fans love him in return for all the charismatic and emotional performances that make him seem larger than life.

This fight takes place on the main card of the upcoming EFC 63 event in Cape Town South Africa.