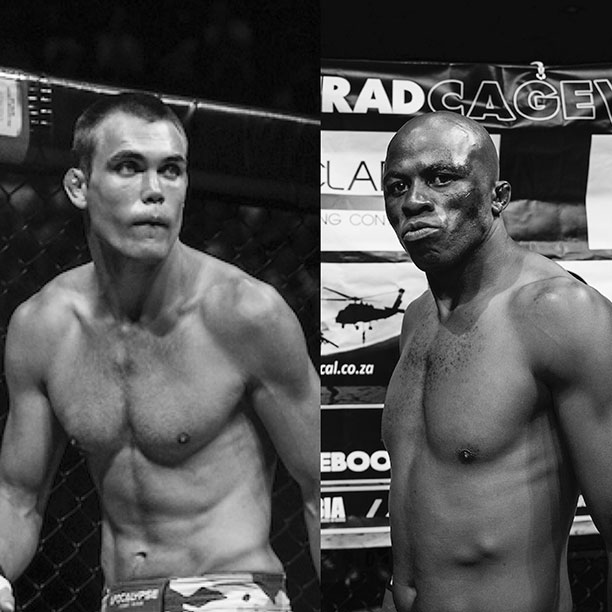 Cape Town, South Africa – EFC Cape Town just added another epic matchup to the 9 September card in the ‘Mother City’. EFC 63 will see fan favourite Shaun de Lange take on the rising talent in Pretoria’s Conrad ‘Cagewise’ Seabi in a welterweight clash that is expected to have fans on the edge of their seats.

Both men are well known for their explosive striking, often choosing to stand in the pocket and exchange with the opponent in front of them, seemingly throwing caution to the wind.

De Lange, who hails from Cape Town and trains out of Supreme MMA has seen many epic bouts that have won Fight of the Night. From a bloody war with Gordon Roodman to three non-stop action packed rounds against former welterweight contender Dino Bagattin. The last time fans saw him in action he faced the notorious Englishman Joe Cummins, who executed a conniving plan to dupe de Lange into thinking he was getting a stand-up battle, but in fact took the South African down. Now de Lange wants redemption for that loss and to put on a show for the fans that they have come to expect from him.

Seabi has been slowly building notoriety amongst the EFC ranks and fans putting together some impressive wins in the process. Fighting out of Brothers in arms in Pretoria, he now holds a two-fight win streak over Sizwe Mnikathi and Kaleka Kabanda. Two fights that earned major admiration and a fight of the night for the Mnikathi war. Now he takes a major step up in competition to add his name to the string of athletes vying to be the next welterweight challenger.

This fight takes place on the main card of the upcoming EFC 63 event at GrandWest, Cape Town.