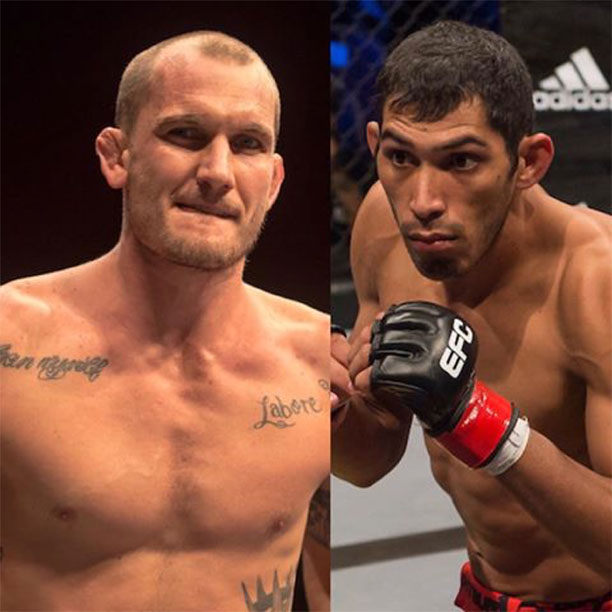 Cape Town, South Africa – South Africa’s Cameron Pritchard is in pursuit of perfection. Currently riding an undefeated record he is in a formidable position to achieve his goal. It could be argued, however, that although he stands at 4-0 he is yet to be truly tested.

The Brazilian Jose ‘Dedinho’ da Rocha is that test. And in Cape Town on 9 September at EFC 63, one that Pritchard is determined to pass, and silence his critics in the process.

Pritchard has finished everyone he has faced. Originally from Port Elizabeth under Chris Bright, he is a renowned grappler. After his most recent fight with Dino Bagattin he moved north to Johannesburg where he joined the Fight Fit Militia camp.

“The move to FFM was a tough one, but a step I felt I needed to push my career to the next level. I don’t regret the move for a second,” said Pritchard. “A perfect record means nothing to me if I’m not fighting the top guys,” he continued. “I’m chipping away at the top contenders until I get my chance at the belt.”

When it comes to his opponent, Pritchard is unconcerned. “I’m not going to get fixated on Jose’s strengths and weaknesses, I’m going to go out there and implement my game plan and do what I always do… finish fights.”

Pritchard has been in the welterweight title race for some time. Should he win on 9 September, he sees himself as the next to face the champion, Dricus du Plessis.

“I believe that a win over Jose will definitely put me in line to fight for the title,” he said.

Da Rocha made headlines earlier this year when he stepped in to face du Plessis on just over a week’s notice.

Flying halfway across the globe across numerous time zones he took-on one of the most dangerous athletes alive. On his first journey overseas, isolated by his inability to speak English and facing a media barrage over fight week, stepping into a stadium that seemed to boo him as one put him under monumental pressure.

‘Little Finger’ took it to du Plessis, immediately taking the champion down. But the occasion and Johannesburg’s notorious altitude was too much. In taking a risk on the fight he handed du Plessis his first successful title defence, and himself an immediate loss within the EFC.

But the flip-side of the coin speaks as loudly. Da Rocha is courageous, willing to risk all, and a dangerous competitor. He fights out of the famed Pitbull Brothers gym in Macaiba, alongside UFC and Bellator champions and contenders. They know how to win.

With realistic and timely preparation for the entire experience of a main card bout in Johannesburg, what he is capable of can only be imagined. His bout with Pritchard will reveal all.

Their fight is truly a reckoning. Will Pritchard reveal himself as the genuine article, or will da Rocha? A potential title shot hangs in the balance but more than that, the true measure of the athlete behind the hype.

This fight takes place just ahead of the main event fight between USA’s Dave Mazany and Zimbabwe’s Themba Gorimbo.

EFC 63: Mazany vs Gorimbo is presented by www.BetXchange.com and takes place on Saturday 9 September live from the GrandWest, Cape Town, RSA. Tickets are on sale at www.computicket.com, and the 5 main card bouts will be broadcast live on kwesesports.com (Sub-Saharan Africa), Kwesé Free Sports 1 (Kenya & Rwanda) and live in South Africa on SABC 3 starting at 21:00 (CAT). Full broadcast details available on www.efcworldwide.com.