5th EFC title holder to go to join the UFC 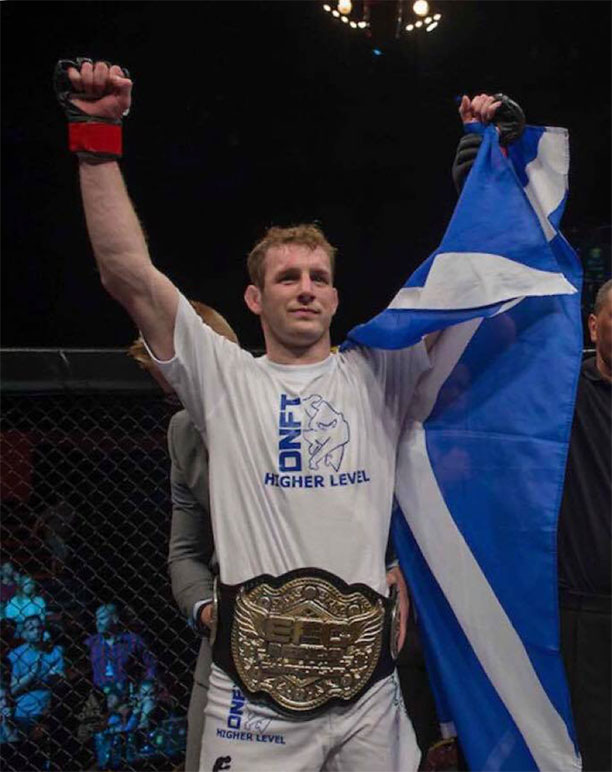 Johannesburg, South Africa – EFC featherweight champion, Scotland’s Danny Henry, has signed with Las Vegas based promotion, UFC, ahead of their Glasgow event. He is scheduled to face Sweden’s Daniel Teymur on Sunday 16 July.

Henry will be relinquishing the EFC featherweight championship, leaving one of the deepest divisions vacant for a new champion.

“Congratulations and all the best Danny,” The EFC Team.

In history, Henry is one of five EFC champions who have made their way to the UFC, three of which who have been from South Africa, one from France and now Henry from Scotland. The EFC talent roster of over 150 athletes from every continent has never looked stronger, and with the constant influx of MMA stars from across the globe, the pool is only getting deeper.

Although there are a number of top competitors in the division, it is uncertain as to who exactly will be competing for the vacant title at this stage. What is certain, however, is that a champion will be crowned. Details soon.