MUKULU VS BAGATTIN BACK ON 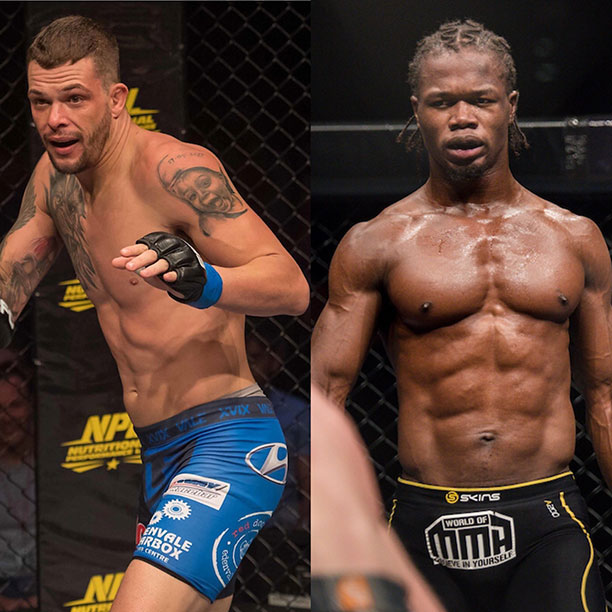 Cape Town, South Africa – The much anticipated welterweight clash between the DRC’s Bruno ‘The Major’ Mukulu and South Africa’s Dino ‘The Lion’ Bagattin is back on, now with a new date and venue.

Originally set to take place at EFC 61 at Sun City, the bout was cancelled due to Bagattin suffering a concussion in training. The two warriors will now collide at EFC 63 in Cape Town at GrandWest.

Both men were deep in preparation for Sun City when Bagattin was forced to withdraw from the bout. Due to insufficient time, no suitable replacement could be found.

Bagattin, the former welterweight champion, is renowned for his striking pedigree and never-say-die attitude. He is the longest standing athlete in the EFC roster and has had a career full of performance and fight of the night bonuses.

Upon signing for the new date Bagattin stated, “Bruno, I am preparing for more than just beating you. Your ‘scared running chicken’ tactics won’t beat me. I am the most aggressive complete striker you have ever faced and I am going to dismantle you bit by bit.”

The DRC’s Bruno Mukulu is fresh off a big win against Niel Du Plessis, and is looking to keep building his momentum. An athlete with supreme natural gifts, he continues to impress with an ever-improving game. He has been publicly calling for a title shot, and a win over a former champion will certainly propel him towards that goal.

When reached for comment, Mukulu stated, ”I appreciate the courage it took for Dino to resign for this fight.” He continued, “It will be his last and that takes guts.”

With the intensity that only two athletes of this caliber can bring, this highly anticipated clash is set to open the five-fight main card Cape Town event.

EFC 63: Cape Town is presented by www.BetXchange.com and takes place on Saturday 9 September live from GrandWest, CPT. Tickets are on sale soon at www.computicket.com, and the 5 main card bouts will be broadcast live on kwesesports.com (Sub-Saharan Africa), Kwesé Free Sports 1 (Kenya & Rwanda) and live in South Africa on SABC 3 starting at 21:00 (CAT). Full broadcast details available on www.efcworldwide.com.