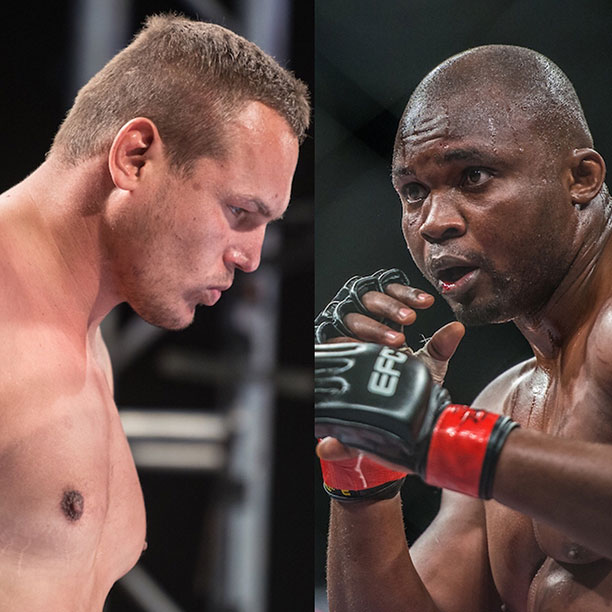 Durban, South Africa – Two of the organisation’s best heavyweights have just been added to EFC 64 in Durban. Fresh off a title shot, Wessel ‘Wess Express’ Mostert will take-on the rising Ricky ‘Apocalypse’ Misholas in the co-main event.

Fighting out of The Tribe in Johannesburg, Mostert steamrolled his way to the top of the division with four finishes in four fights. He came so very close in his title fight against Andrew Van Zyl, but fell just short in the championship rounds. Now the South African is more motivated than ever to for another shot at EFC gold.

Misholas has been a prominent figure in the heavyweight division, known for his boxing prowess and more recently his impressive takedown skills. Fighting out of Junkyard MMA, has always been just shy of reaching the top, but believes now is his time to shine.

This fight takes place on the main card just ahead of the headlining fight between South Africa’s Wesley Hawkey and England’s Jay Cucciniello.

EFC 64: Durban is presented by www.BetXchange.com and takes place on Saturday 7 October live from Sibaya, DBN. Tickets are on sale soon at www.computicket.com, and the 5 main card bouts will be broadcast live on kwesesports.com (Sub-Saharan Africa), Kwesé Free Sports 1 (Kenya & Rwanda) and live in South Africa on SABC 3 starting at 21:00 (CAT). Full broadcast details available on www.efcworldwide.com.