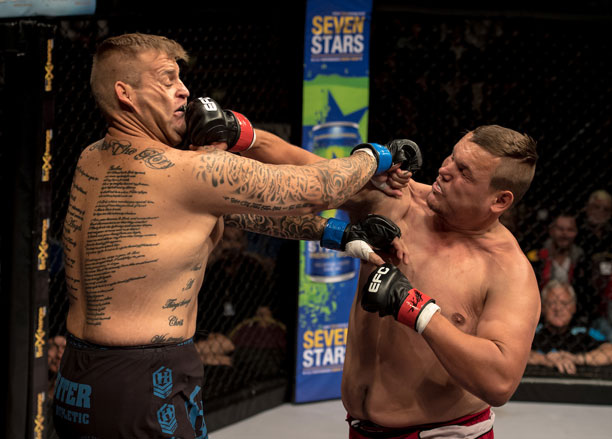 Johannesburg, South Africa – This Saturday’s SABC 3 EFC broadcast is dominated by the nearly unstoppable heavyweight, Wessel Mostert, in the build-up to his co-main event fight against the DRC’s Ricky Misholas on 7 October.

From brutal KOs to neck jerking submissions, this Saturday fans get to relive the most unforgettable battles from the ‘Wess Express’.

Plus, see fights from the recent EFC 59 event including bouts starring the likes of Conrad Seabi and Kaleka Kabanda, plus Francois Groenewald in his fight of the night war against Phillipe Rouch.