RACE TO THE TITLE 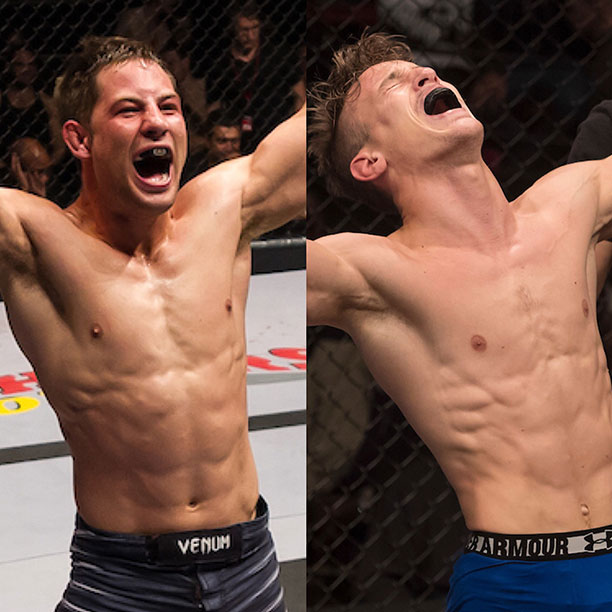 Pretoria, South Africa – Demarte Pena versus Irshaad Sayed 2 takes place as the highly anticipated finale of ‘The Fighter –TF1’ on December 16. Just ahead of that bantamweight championship unification fight, an equally important battle has been scheduled to take place. South Africa’s Gareth Buirski and France’s Phillipe ‘Le Terrible’ Rouch will clash with the no.1 bantamweight contendership at stake.

Pretoria based Gareth Buirski has been fighting in the Hexagon since EFC 12, putting in performances punctuated by walk-off knockouts and superhuman conditioning.

Fighting out of the famed Team CIT, he is riding an impressive three fight win streak with victories over Brazil’s Alves, South Africa’s Mdlalose and England’s Ellenor. He is now just one big step away from that ever-elusive title shot.

France’s Phillipe Rouch stunned fans in his EFC debut against the famed Brazilian Jiu Jitsu black belt Francois Groenewald. He went an intense near three rounds after sustaining a fractured cheek bone, matching the black belt in the Jiu Jitsu realm before finally pulling off a sneaky Triangle choke. Furthering his win streak, to 5 in a row.

After that victory, it was expected the Frenchman would be next in line to face the undefeated champion Pena. However Pena vs Sayed 1 was ruled a ‘No contest’ due to contaminated substances, and a rematch between the reigning and the interim champion was scheduled to unify the belt.

Not one to remain inactive, Rouch opted for an official number one contender fight against the formidable Buirski.

This fight takes place on the main card, just ahead of the TF1 reality show finale and the EFC bantamweight title unification fight between Pena and Sayed.

But that’s not all! The race to the bantamweight title continues where South Africa’s Gareth Buirski is scheduled to take on France’s Phillipe ‘Le Terrible’ Rouch in the EFC 66 main card opening bout.

Buirski and Rouch will come face to face on December 16 in the Sun Arena at Time Square, Pretoria for the number one contender spot.

EFC 66 Pena vs Sayed 2 – TF1 Finale is presented by Constantia Insurance and takes place on Saturday 16 December live from Time Square, Pretoria. Tickets are on sale soon at computicket.com, and the 5 main card bouts will be broadcast live on www.kwesesports.com (Sub-Saharan Africa), Kwesé Free Sports 1 (Kenya & Rwanda) and live in South Africa on SABC 3 starting at 21:00 (CAT). Full broadcast details available on efcworldwide.com.