… and calls for rematch with Dricus du Plessis 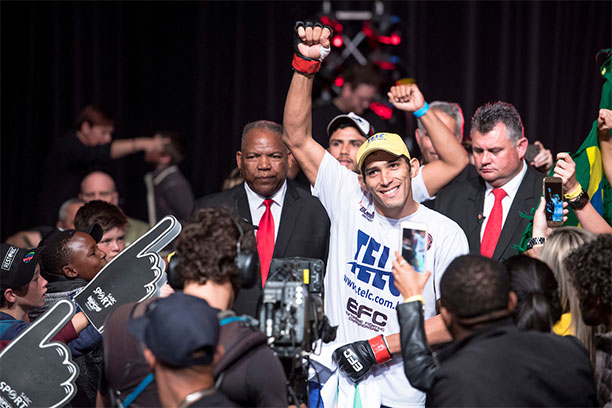 Pretoria, South Africa – It was revealed Tuesday morning that the DRC’s Pupanga Tresor would replace his teammate Themba Gorimbo in a welterweight clash against Brazil’s Jose Da Rocha.

Gorimbo revealed Tresor would be replacing him via a Facebook live stream on the official EFC Facebook page.

Yesterday, Da Rocha reached out to EFC HQ with a statement on his opponent change:

“I do not know the real reason that made my opponent leave the fight, but it does not matter. I am training to win, training to knock out, training to be champion. I will win this fight as fast as possible.”

I want to fight Dricus for the title soon, I promise a real war this time with more time to prepare. Inside the Hexagon we will see who is the champion of that division really.”

Last time Da Rocha was in action, he KO’ed his then undefeated opponent, in a mere 23 seconds.

This potential welterweight decider takes place on the main card, just ahead of the TF1 Finale and the EFC bantamweight title unification fight between champion Demarte Pena and interim champion Irshaad Sayed.