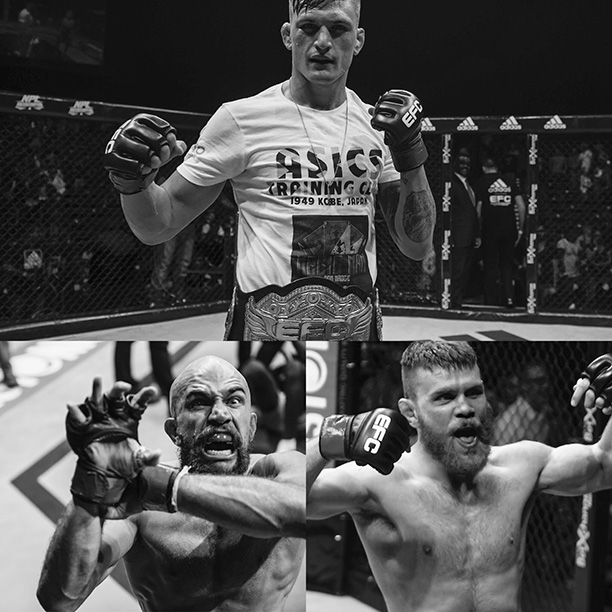 Johannesburg, South Africa – Rumours surrounding Don Madge and the EFC lightweight championship have been floating around since Madge was called up as a training partner to UFC women’s featherweight champ, Cris Cyborg.

Speculation: Should he vacate his EFC lightweight title; the division will need a new champion. England’s Gavin Hughes has already earned his No.1 contendership in his EFC 65 fight against Deon Bruning and the question of whom he would face, remains.

VP Talent Graeme Cartmell responded to circulating rumours, “If Madge goes where we are hoping he is going, and where we want him too, and relinquishes his title, then the man to challenge Hughes for the number one spot… would be Dave Mazany.”