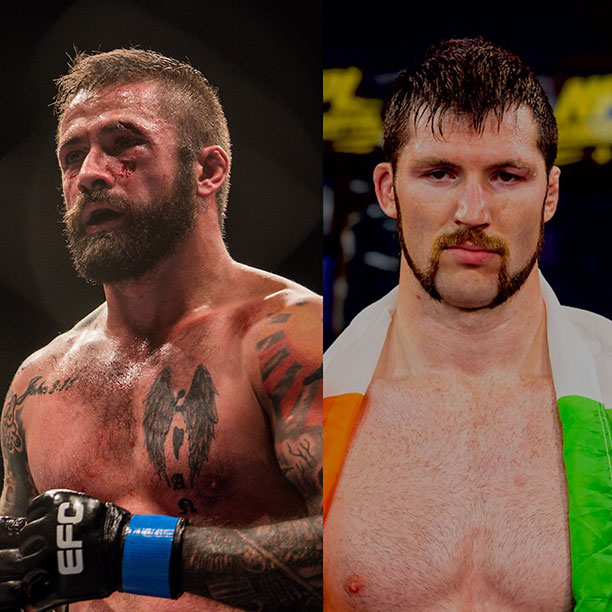 Pretoria, South Africa – It’s been standing knowledge that South African crowd favourite, Gordon Roodman, would be featuring on the final EFC fight card of the year at Time Square in Pretoria, but his opponent, a TF1 quarter-finalist had not yet been announced. Ireland’s Will Fleury was controversially taken out of the TF1 competition and it has now been confirmed that Roodman will face the Irishman.

Roodman is notorious for his KO power and action packed fights, often being awarded Fight of the Night and performance bonuses for his Hexagon wars. Training out of World of Warriors in Centurion he hones his fight finishing skills. Now, he will be given the opportunity to fight in front of his home crowd of Pretoria for the first time in his career.

Fleury made it to the quarter-finals of TF1, where he suffered a concussion due to elbows to the back of his head. While the fight between him and Shaw Dean was ruled a No Contest, Fleury was ruled not medically cleared to continue and was removed from the tournament (This has not been revealed on TF1, but was leaked by Fleury days ago on social media).

A wild and outspoken man, Fleury is out to prove to the world he is better than what was seen on the show and why he was a first draft pick for Coach Pena. Undefeated as a professional, Fleury fights out of the famous SBG Ireland gym and brings a menacing style to the Hexagon.

This fight takes place on the prelim card just ahead of the EFC bantamweight unification fight between Demarte Pena and Irshaad Sayed 2, the EFC heavyweight championship and the TF1 Finale.