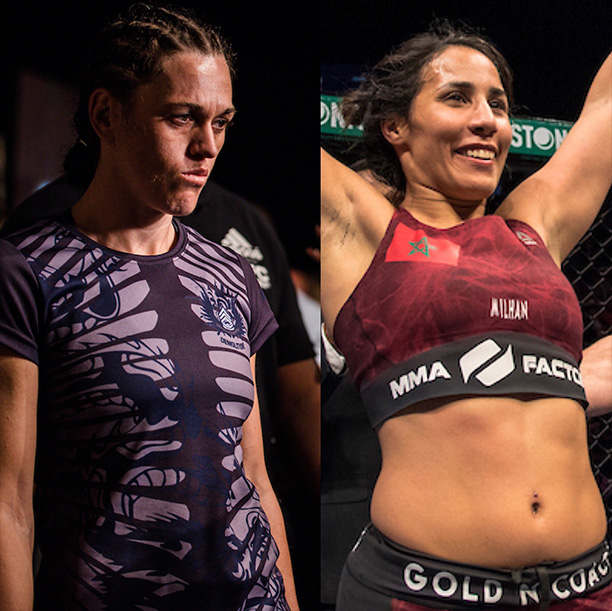 Pretoria, South Africa – The final EFC event of the year EFC 66, just got even bigger with the addition of a women’s bantamweight bout between South Africa’s Jacqualine Trosee and Morocco’s Rizlen Zouak on the prelim card.

Trosee was last seen in action fighting Amanda Lino for the flyweight title. She lost that fight, but was awarded a performance bonus for her incredible and valiant war.

Now moving up a weight division, she will be stronger and meaner than ever, without the vigour’s of a hectic weight cut. A Pretoria girl, that packs a punch, she trains out Warrior Sports and will surely have the entire arena chanting her name in support on 16 December.

Zouak represents Morroco but lives and fights out of Paris, France. Training at the famous MMA Factory, her combat sports resumé includes two Olympic Games appearances for Judo and multiple national and international championships. Undefeated in MMA, Zouak wants her third straight finish to end off a fantastic year.

EFC 66 Pena vs Sayed 2, the TF1 Finale, is presented by Constantia Insurance and takes place on Saturday 16 December live from Time Square, Pretoria. Tickets are on sale computicket.com, and the 5 main card bouts will be broadcast live on kwesesports.com (Sub-Saharan Africa), Kwesé Free Sports 1 (Kenya & Rwanda) and live in South Africa on SABC 3 starting at 21:00 (CAT). Full broadcast details available on efcworldwide.com.