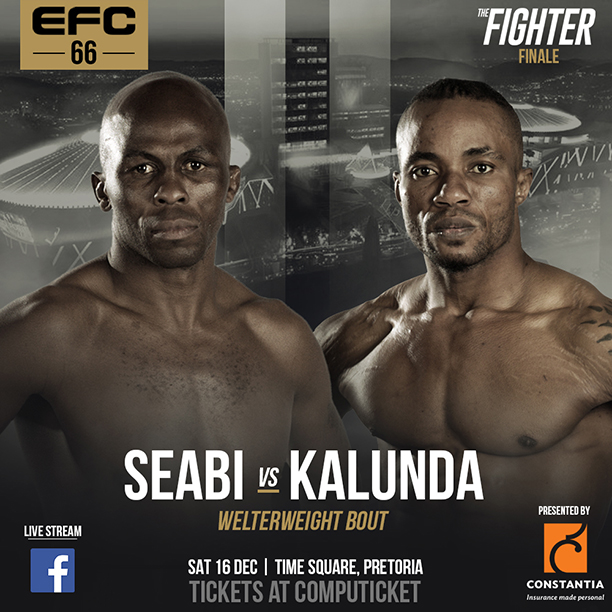 Pretoria, South Africa – EFC HQ has received word that Germany’s Max Merten has injured his knee in preparation for his fight against South Africa’s Conrad Seabi on 16 December. The DRC’s undefeated Gunther Kalunda has stepped up to face Seabi at the TF1 Finale.

Seabi is tough-as-nails, with a habit of walking down his opponents until letting loose with quick combinations. A Pretoria native that fights out of Brothers in Arms, the crowd will be in full force supporting their own as he hunts his fifth straight win.

Seabi recently spoke out on his Facebook page about the fight change:

“Dino Bagattin is scared to fight me, Shaun de Lange pulled out… Now this German boy pulled out as well. These guys are afraid to fight me! Kalunda has accepted to fight me, well done. My game plan stays the same, winning mentality.”

Kalunda fights out of TapOut Academy. He is extremely athletic, boasting explosive power that has seen him dominate in the Hexagon. A third straight win, over an experienced athlete like Seabi, will elevate him to the upper reaches of the division and new importance in contender qualifying match-ups.