SBG Ireland head coach weighs-in in on Fleury and Roodman 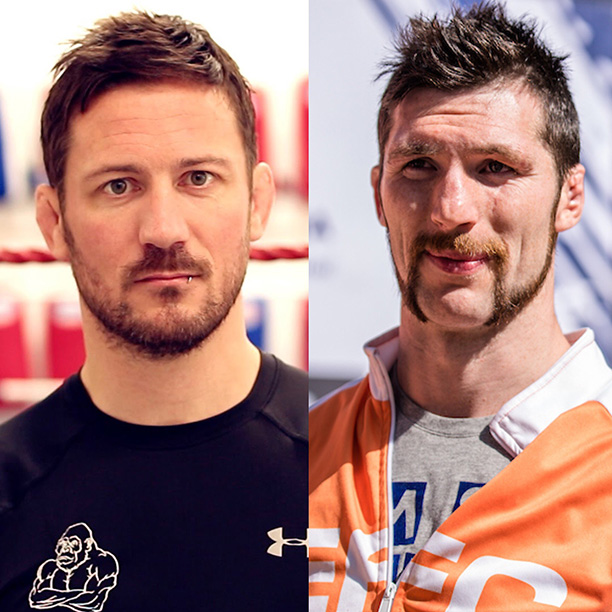 Dublin, South Africa – Will Fleury of Ireland was taken out of competition in the EFC reality TV show, The Fighter, due to medical suspension. He received a series of what was ruled ‘unintentional’ illegal blows to the back of the head and the medical team deemed Fleury unfit to continue in the show.

Determined to prove his worth as a middleweight title contender, Fleury now returns to the Hexagon to face EFC veteran, South Africa’s Gordon Roodman.

EFC caught up with his head coach, John Kavanagh, for a deeper look into his views on the incident, EFC and Fleury’s future.

Will is the 3rd SBG athlete to compete in the EFC. Are we going to be seeing more?

I certainly hope so! EFC is a great platform for fighters.

What is your opinion on the referee stoppage, calling the bout between Will and Shaw a no contest due to unintentional illegal strikes to the back of the head?

To call more than ten well aimed strikes to back of Will’s stationary head, ‘unintentional’ is probably the worst call I’ve ever seen in a fight in 20yrs. They were intentional and the dangerously poor referring, plus follow up terrible decision cost Will a big opportunity. That ref should seriously consider stepping down or at least re-training.

What is your opinion on Will’s previous opponent Shaw Dean performance? Do you think there was any fault from his side?

Shaw was aiming shots to back of head but its more the refs fault to pull him on that. I blame the ref a lot more. However, without the illegal shots I am very confident Will would have beaten him.

Do you feel that the Doctor’s precautionary 30-day medical suspension (a suspension that ruled Will out of the competition) was the correct one?

It stings losing the final spot over it but in the long run we have to follow the doc’s ruling and that was probably the smart thing to do.

If Will wasn’t taken out of TF1 due to a medical suspension, do you think he would have won the show?

How does Will compare to other middleweights in Ireland?

What is Will’s strongest asset?

How do you see the bout between Will and Gordon Roodman going?

If Will beats Gordon, who do you think he should face in EFC next?

Whoever the champ is. Nobody else needs to be hurt.

This fight takes place on the prelim card just ahead of the five-fight main card headlined by the EFC banatmweight unification fight between Demarte Pena and Irshaad Sayed, heavyweight title fight and TF1 Finale.

EFC 66 Pena vs Sayed 2, the TF1 Finale, is presented by Constantia Insurance and takes place on Saturday 16 December live from Time Square, Pretoria. Tickets are on sale at computicket.com, and the 5 main card bouts will be broadcast live on kwesesports.com (Sub-Saharan Africa), Kwesé Free Sports 1 (Kenya & Rwanda), TVplayer (UK) and live in South Africa on SABC 3 starting at 21:00 (CAT). Full broadcast details available on efcworldwide.com.