SECOND ONLY TO FOOTBALL, EFC IS THE MOST WATCHED SPORT PROPERTY IN SOUTH AFRICA.

Over 21 million fans tuned in to watch EFC on TV in South Africa alone last year. 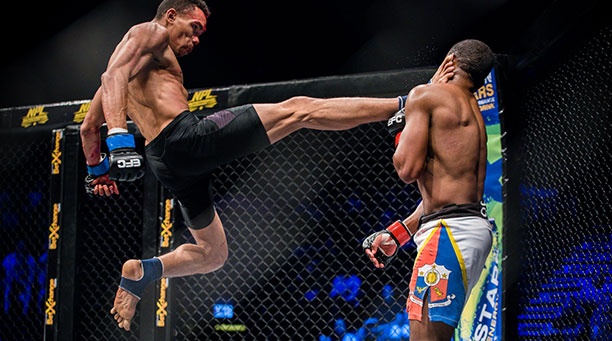 Johannesburg, South Africa – As of February 2018, outside of football, there is no other sport property broadcast in South Africa – event, league, series or organisation – that attracts more viewers. The latest statistics received show that EFC out ranks even the most traditional popular South African sports like rugby and cricket, and when comparing EFC to the biggest international and local sporting properties, it sees them pale in comparison.

It is well publicised that MMA is the fastest growing sport globally, but nowhere is that more evident than in South Africa with EFC clocking record TV audience figures in 2017, the highest by far in the organisation’s 8-year history.

The 21 million plus viewers is just the TV audience in South Africa alone. EFC is also broadcast across Africa on Kwesé Sports, with many millions more fans watching the best MMA action across the continent, plus EFC is broadcast on numerous TV networks globally, spanning over 120 countries, making EFC one of the most widely distributed African sport and entertainment properties around.

Comparing unique audience data of EFC to other traditionally popular sports broadcast on TV in South Africa in 2017, EFC:

Plus, EFC had by far the most TV viewers, even though all of the above sports had significantly more airtime on local TV.

“With exceptional TV partners in Africa being SABC Sport in South Africa and Kwesé Sports taking EFC into new markets across the continent, there really is no limit to the growth that EFC can still achieve” stated EFC President Cairo Howarth. “2017 was the best year in EFC’s history and we look forward to an even bigger and better 2018!”

Much innovation has taken place in the EFC broadcast spectrum: last year EFC signed a landmark broadcast deal with SABC Sport, added to its programming with the hit reality TV series, The Fighter, signed on additional prestigious brands as partners, as well as held live events in three new venues around South Africa including an inaugural event in Pretoria.

With a star-stacked roster featuring some of the world’s best MMA athletes, and exciting new additions to the EFC offering, fans and stakeholders are looking forward to an even bigger and more successful year ahead.