VICTORY FOR KABESA 2 WEEKS OUT 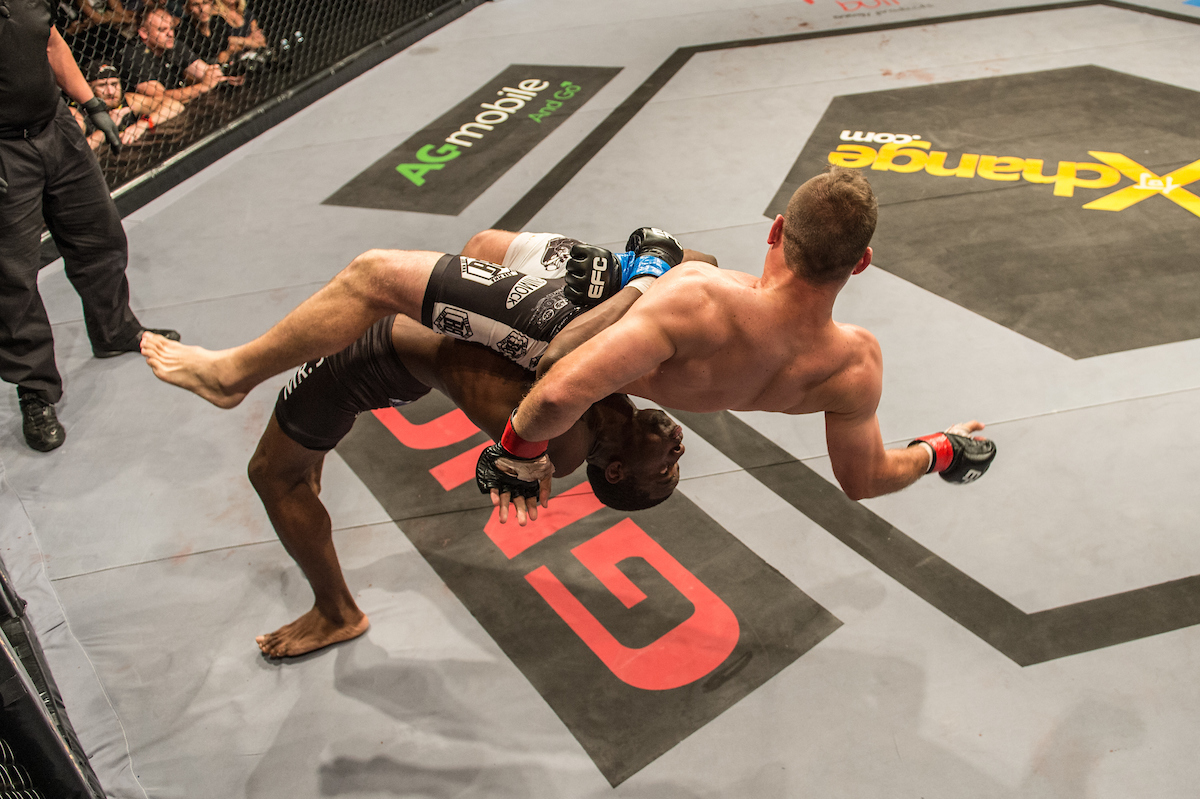 Johannesburg, South Africa – Just two week’s out from the biggest fight of his career, EFC champion Igeu Kabesa competed in a local wrestling tournament and walked away victorious. Winning all of his matches, Kabesa earned another gold medal to add to his innumerable collection.

“It felt good to get back on the wrestling mat,” stated Kabesa on Sunday after the competition. “Boyd has no answer for me and what I can do.”

The bout takes place as the main event at EFC 67 and is preceded by the inaugural EFC women’s strawweight title fight between Danella Eliasov and Chiara Penco.

Who will stand victorious in the Big Tope Arena? Find out soon.

EFC 67 Kabesa vs Allen, Eliasov vs Penco is presented by Betxchange.com and takes place on Saturday 10 March live from Carnival City, Johannesburg. Tickets are on sale at computicket.com, and the 5 main card bouts will be broadcast live on kwesesports.com (Sub-Saharan Africa), Kwesé Free Sports 1 (Kenya & Rwanda), TVplayer (UK) and live in South Africa on SABC 3 starting at 21:00 (CAT). Full broadcast details available on efcworldwide.com.