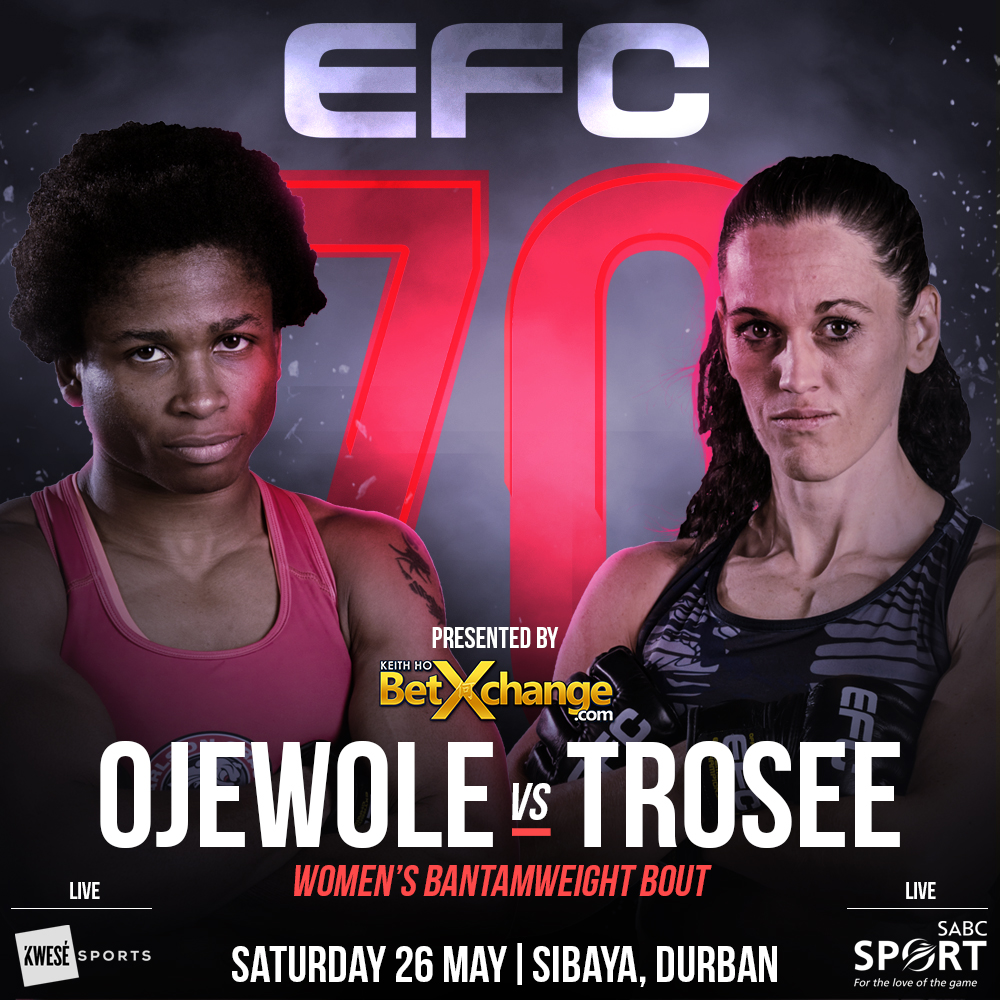 Ojewole is as natural an athlete as they come. The pure love for competition can always be seen on her face and it is clearly where she is happiest. The orthopedic surgeon is a dichotomy in the world of combat sports. In one part of her life, she breaks bones, in the other she mends them.

Fighting out of Lion’s Den, Durban, she recently came second at the Abu Dhabi BJJ World Pro. Confidences are running high and she will be on the hunt for another dominant performance in the EFC Hexagon, in front of her home town. 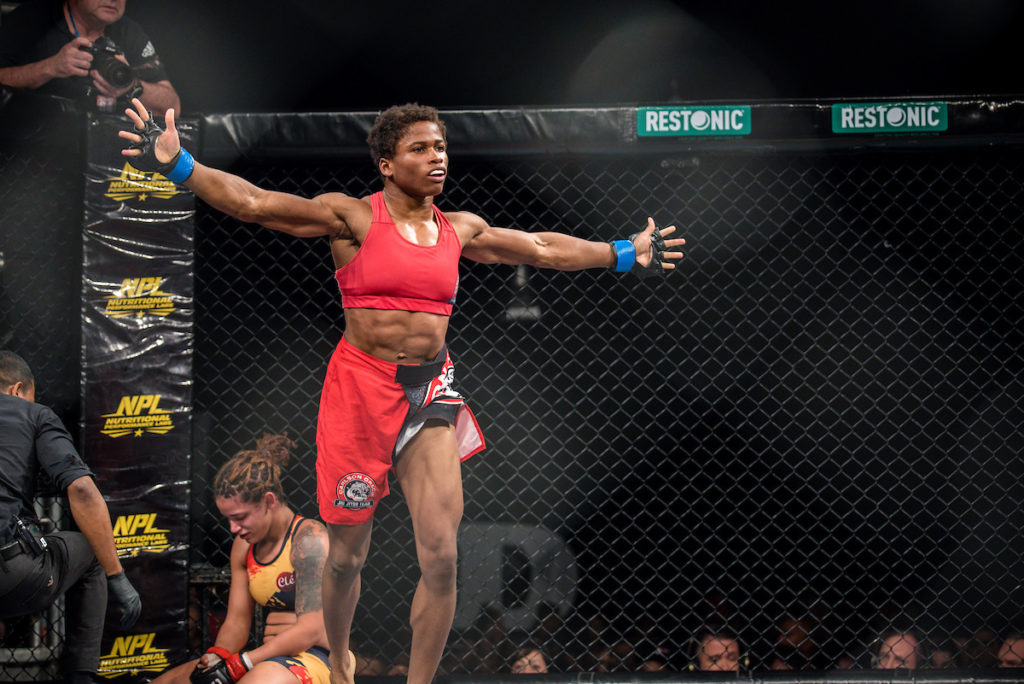 In contrast, is her opponent, Trosee. A South African Muay Thai champion, she is deadly on her feet with her strikes. A woman made of true grit, a never say die attitude; she comes to brawl.

The Pretoria based combatant fights out of Warriors Sports, but is no stranger to the Durban arena. She contested for the flyweight championship against Lino, but has since moved up a division, to take advantage of her power and mitigate intense weight cuts. 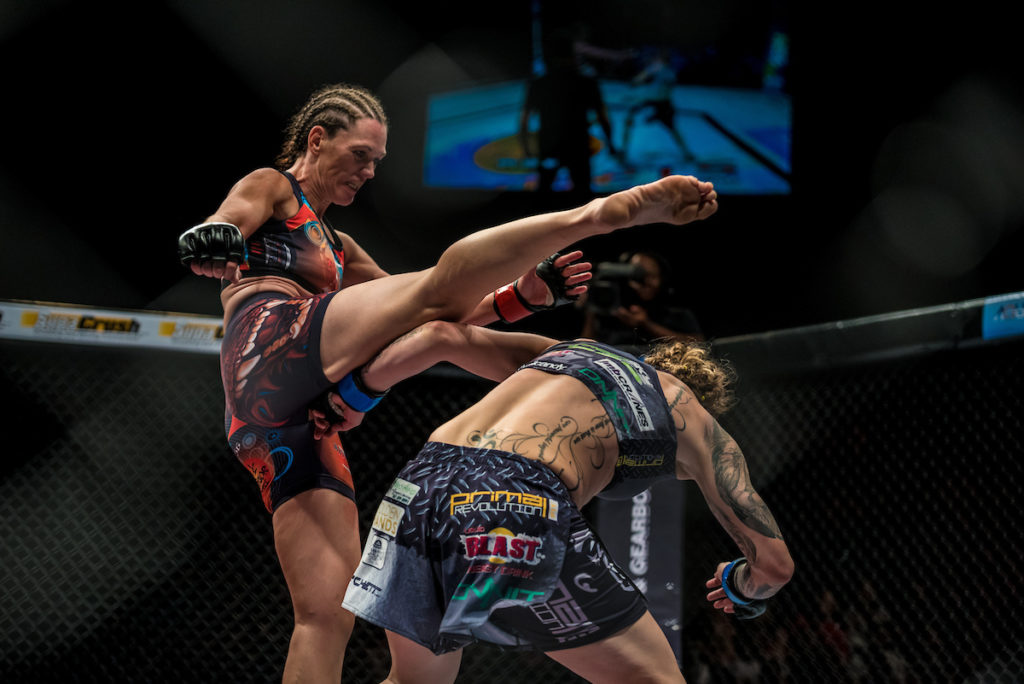