P. BOTHA VS MURRIE BUMPED UP TO MAIN CARD 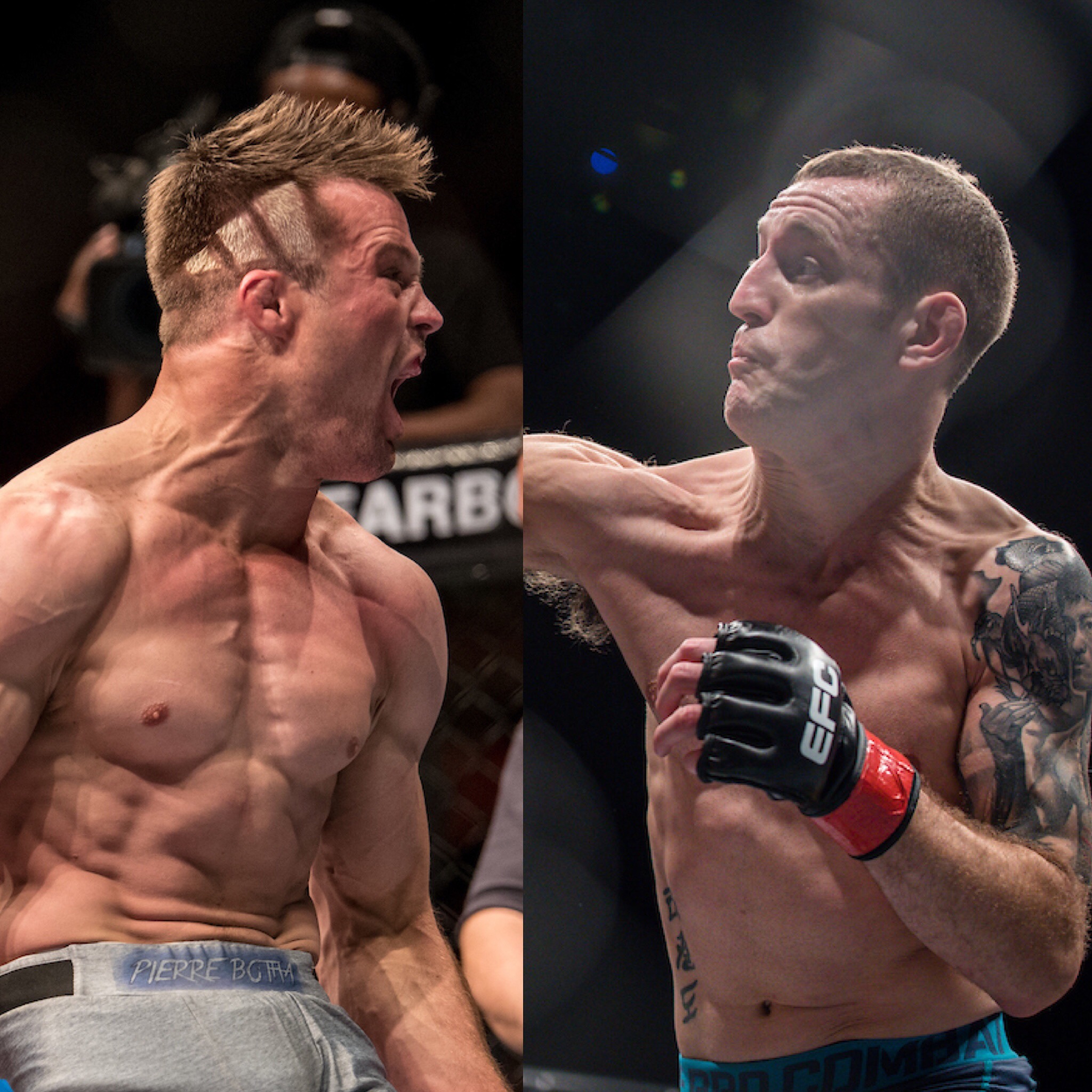 Johannesburg, South Africa – Just in, Cameron Pritchard has withdrawn from his EFC 69 fight against the undefeated Gunther Kalunda due to injury. The fight has subsequently been cancelled. With the cancelled fight, South Africa’s Pierre Botha versus Scotland’s Calum Murrie now moves up to the main card.

Pritchard has a history of ankle injuries that has saw him pull-off previously against Kalunda at EFC 67.

Kalunda’s boxing coach, Gert Strydom, was highly upset at the cancelation of the bout, “They are running scared, these guys in the big gyms only take fights they know they can win. As soon as there is a little bit of competition they pull out.”  He continued, “This is now the 4th time the same gym has pulled out.

“If you put your name to a contract, step in, let them close the door behind you and fight. Don’t back out two weeks before, that is coward.”

Botha vs Murrie now joins the main card ahead of the main event bantam and flyweight championship fights.

EFC 69 Buys vs Rouch, Zulu vs Cutendana is presented by Betxchange.com and takes place on Saturday 28 April live from Carnival City, Johannesburg. Tickets are on sale at computicket.com, and the 5 main card bouts will be broadcast live on Kwesé Free Sports 1 (Kenya & Rwanda), Kwese TV (Sub-Saharan Africa)  and live in South Africa on SABC 3 starting at 21:30 (CAT). Full broadcast details available on efcworldwide.com.  Prelim fights will be available for free on the official EFC Facebook page.