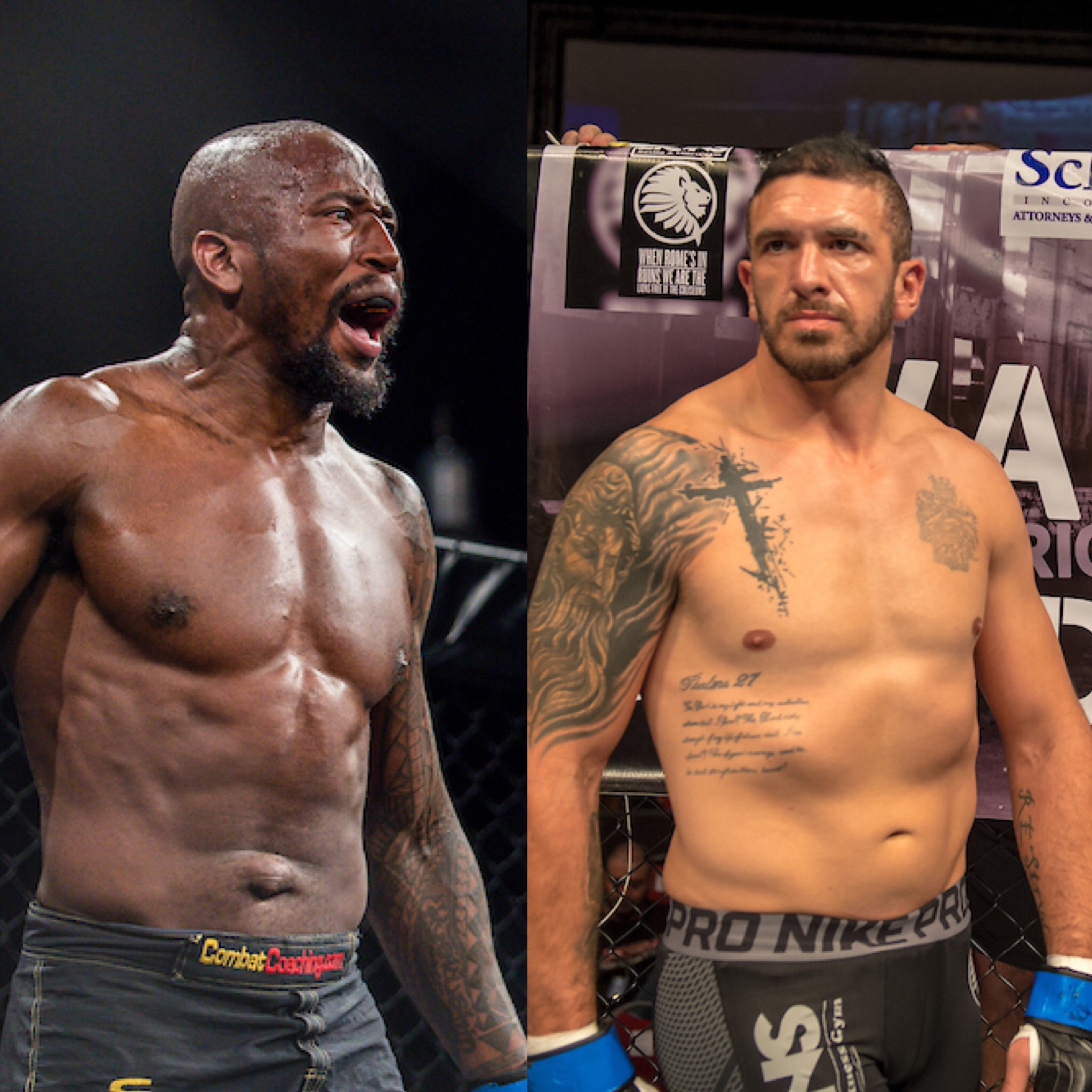 Durban, South Africa – EFC Durban keeps getting better, and with the announcement of the heavyweight clash between Durban’s Thabani Mndebela and Port Ellizabeth’s Ivan Strydom the expansion plans are no different. Joining the main card, the two colossal athletes are set to open the broadcast with a bang. They will go head-to-head at the 70th EFC event headlined by the women’s bantamweight championship, live from Sibaya on 26 May 2018.

Mndebela is a Kyokoshin Karate blackbelt, visible in his excellent distance management and devastating kicks. Highly athletic, the full-time Doctor and fighter has an agility rarely seen in the heavyweight division. Having recently moved to Lion’s Den gym alongside fellow main carders Sizwe Mnikathi and Bumni Ojewole, he will be ever more confident in his mats skills.

A man of the people, Mndebela wants to put Durban back on the map in the heavyweight division and promises high paced action in process. 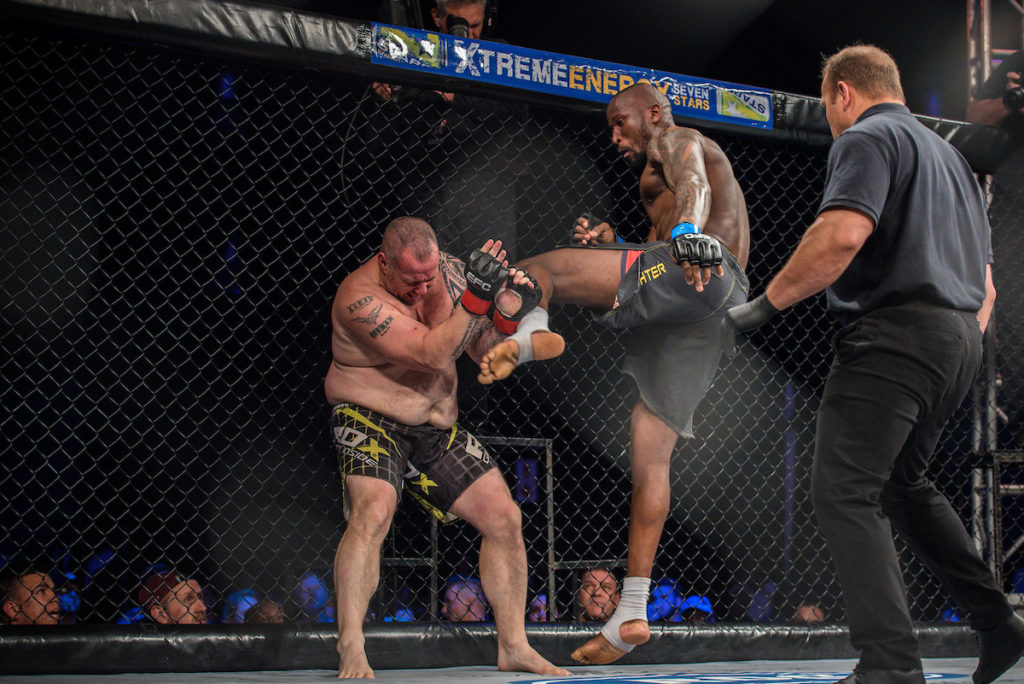 The heavy-hitting Strydom has been focusing on his boxing and subsequently has been out of MMA competition for almost two-years. Known for his monstrously big hands, strong and powerful punches, Strydom is an intimidating figure who carries every tool needed to deliver a huge KO.

Lion’s Boxing in PE is where he calls home, where he works away tirelessly at bettering himself as a fighter. But it is a KO he is after and one he will head hunt for. 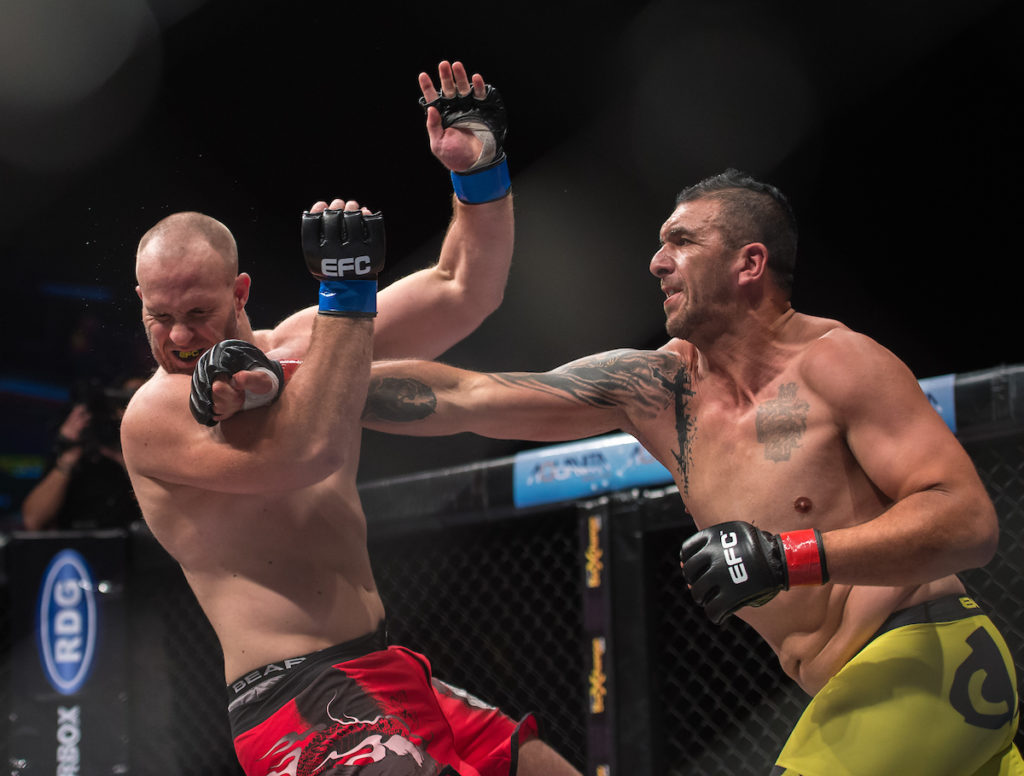 This heavy hitting fight is set to open the main card ahead of the EFC women’s bantamweight title fight between South Africa’s Amanda Lino and Morocco’s Rizlen Zouak.