BK REPORTEDLY INJURED, ALVES MAY BE THE ONLY MAN WILLING TO FACE ZULU 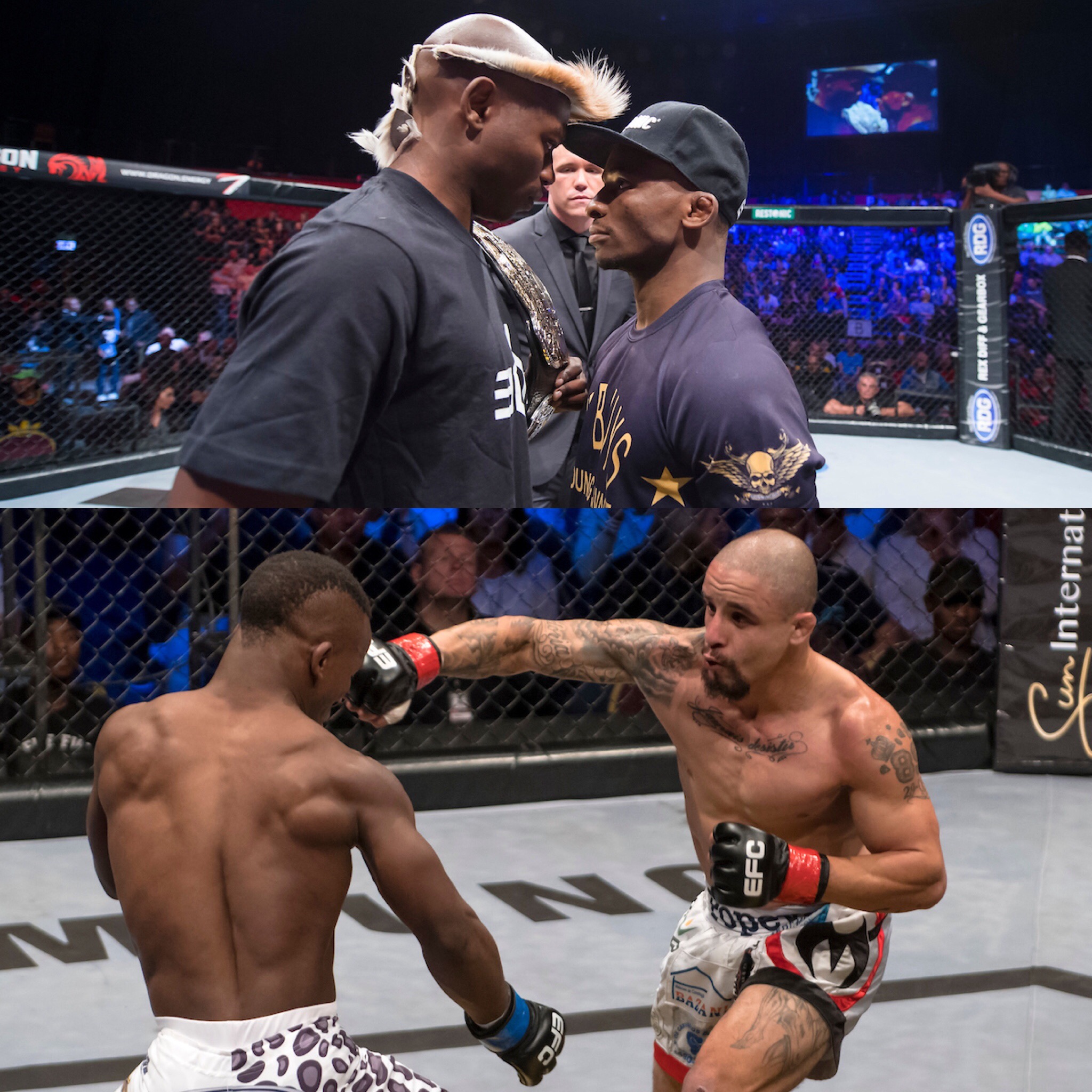 Johannesburg, South Africa – Earlier this week, flyweight title contender Bokang Masunyane (5-0) reached out to Graeme Cartmell, EFC VP of Talent, that he had injured himself in training on the weekend, 2 weeks ahead of his scheduled title fight against Nkazimulo Zulu (8-2).

Only able to get to a doctor to check out his injured knee, on Tuesday morning, Masunyane sent word to Cartmell with the news that he wished to withdraw from next Saturday’s fight. EFC has requested that Masunyane be seen by the EFC medical team to assess his injury; to which Masunyane has since, not done.

On hearing the news regarding the injury, Cartmell contacted several athletes to see if they would be willing to step-up and take the late notice title fight against champion Zulu, were BK to officially withdraw. England’s Coner Hignett (6-3), undefeated Gary Joshua (4-0), reigning bantamweight champ JP Buys (5-2), former title contender Sylvester Chipfumbu (4-1) and Marino Cutendana (5-3) were all offered the opportunity but, due to the short notice and other reasons, they all turned down the fight.

“Zulu has got to be EFC’s pound-for-pound king of administering pain,” explained Cartmell. “He has some of the most dangerous striking in the world and almost no one is willing to face him when they have 8 weeks to train for him, let alone 2 weeks.”

With the most rightful contenders out as options, Cartmell went on the hunt for a contender who is in camp already, an EFC flyweight who hasn’t necessarily scratched a host of wins next to his name, but taken each fight with a confident rampage and left an indelible mark on the rightful contenders’ careers. A pure test for Zulu in every area, from his BJJ prowess to his forward fighting boxing, an athlete who is willing to bring the fight of his life to a feared champ. From far West, enters the only man to accept the formidable challenge, Brazil’s Magno Alves.

“Magno is the guy! He’s just one of those fighters you know regardless of the circumstances, will arrive in great shape and will put on a legitimate fight,” explained Cartmell “He took the BK fight on short notice and took him the distance, unwavering throughout. Every time he has stepped into the Hexagon, he has put on a show and has left viewers stunned for more. Zulu vs BK isn’t officially off yet, but I want to be prepared for the worst.”

When reached for comment, Zulu simply stated, “They are all running scared of me, I’ll kick-off all their heads”

“I have asked BK to get checked by the EFC medical team before making any changes to the card.” Cartmell continued, “It is always unfortunate when something like this happens, but we are trying to be proactive. Zulu is adamant on putting his belt up, but at this stage we are unsure if it is going to be against Magno or BK.”