“BOUNCE YOUR HEAD OFF THE CANVAS” 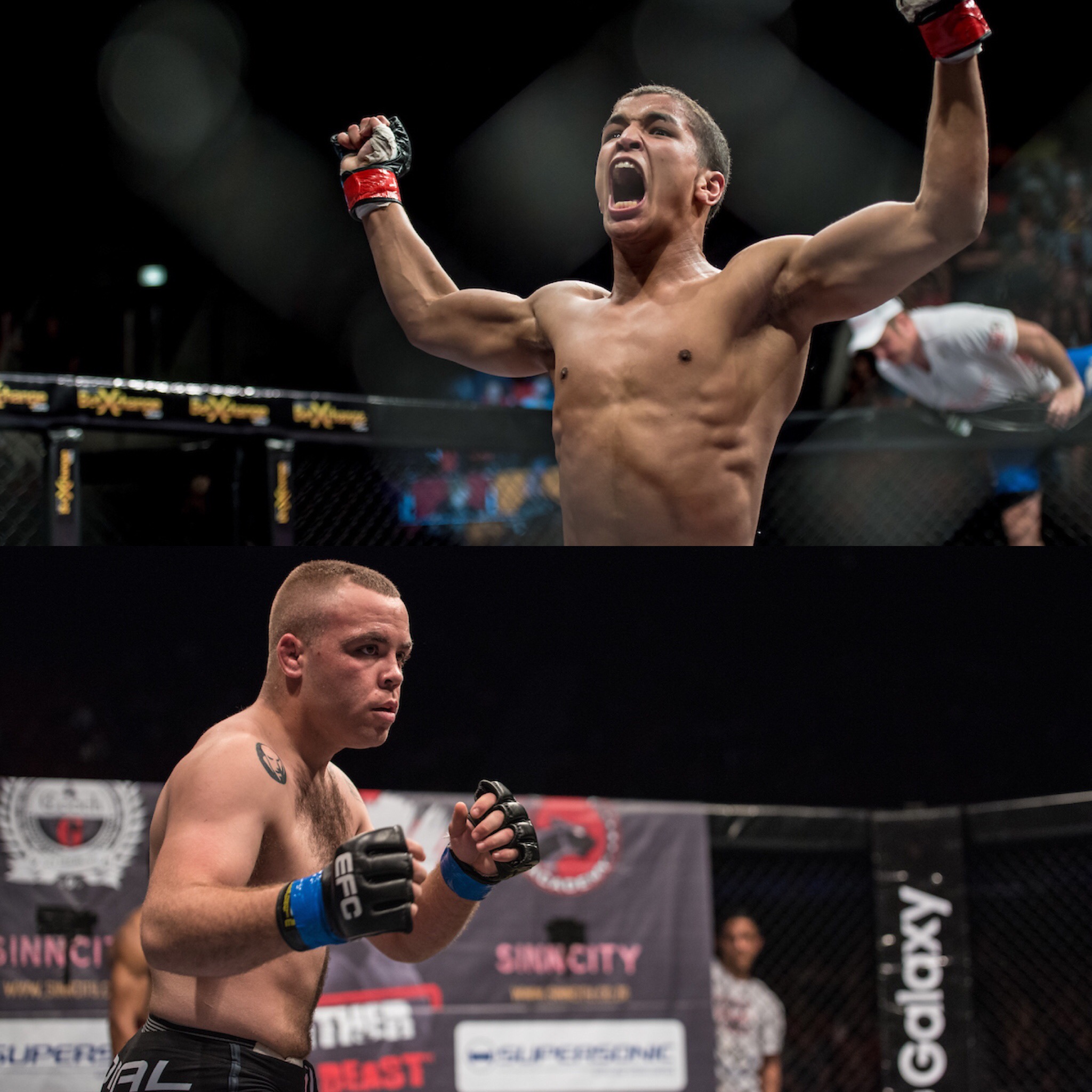 “Let’s hope for your sake it doesn’t end up like in training. I already beat you into a losing streak,” captioned Scheepers on his Facebook just after the fight announcement.

Michael was quick to respond, “What happened at FFM last year? You ran back to Cape Town because you couldn’t handle it here. Let’s see what happens on 11 August.”

Early 2017, both Michael and Scheepers made the move from REPS in Cape Town to FFM in Johannesburg. However, a few weeks prior to his EFC 63 fight, Scheepers returned to the coastal city and his original gym, Michael remained. No longer teammates, their rivalry has been growing with every passing day.

But as the fight draws nearer, tensions are mounting and the athletes are stating their intentions with vivid clarity.

“He can’t stop me. When I bounce his head off the canvas, Luke will know he has lost,” A violent picture, painted by Scheepers late last week on his social media, predicting a KO finish. To further back up his claims, he included photos of when then two men trained together at REPS in Cape Town. Photos that clearly show Scheepers in command.

Tensions between the two are sure to continue gaining steam. This fight is sure to be a spectacular opening bout for the five-fight main card, ahead of the EFC lightweight championship fight between Martin van Staden and Dave Mazany.