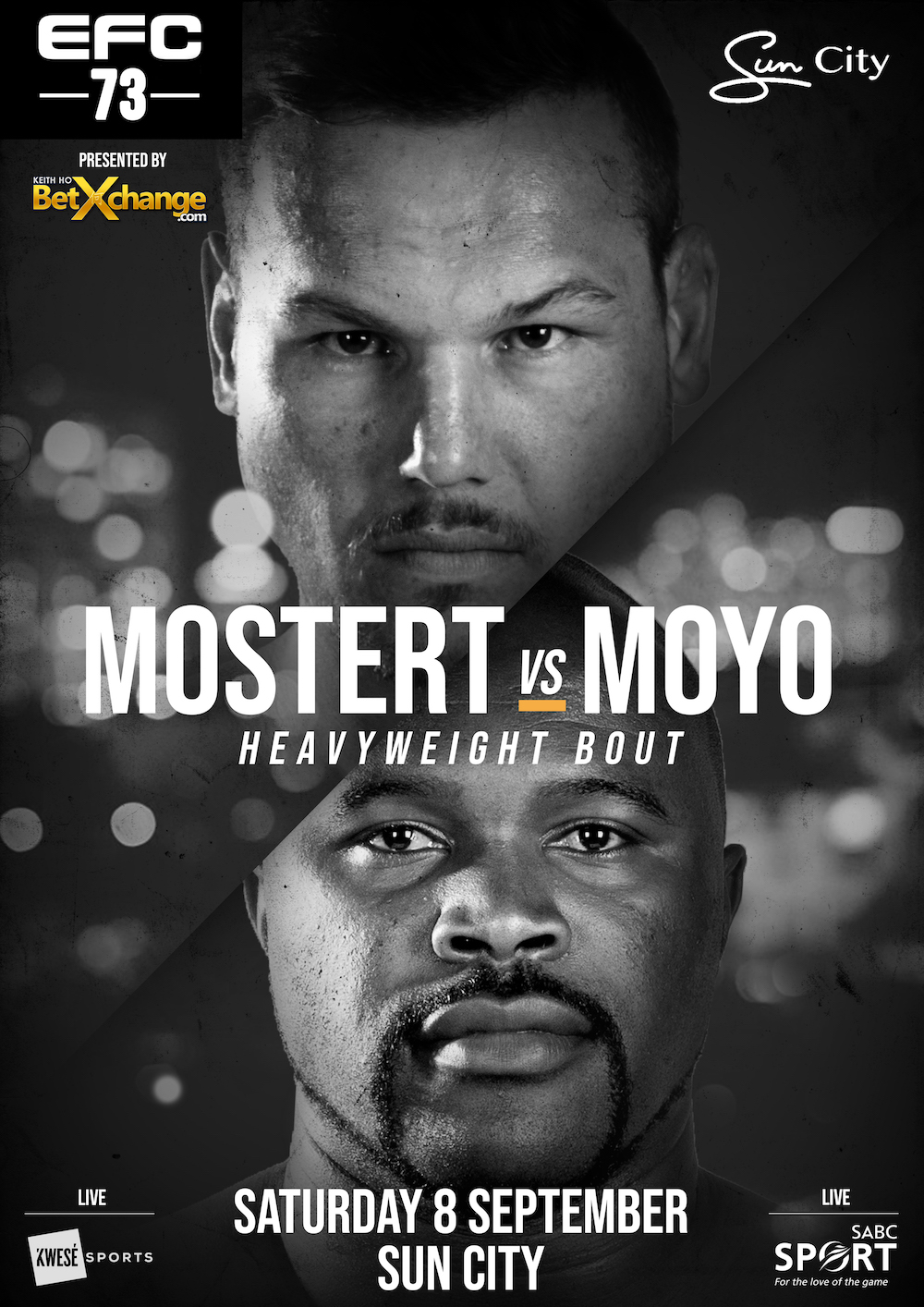 North West, South Africa – One of Africa’s finest heavyweight boxers, Elvis Moyo, is back and out for another KO when he faces MMA powerhouse Wessel Mostert in the headlining fight at EFC 73, live from Sun City, South Africa on Saturday 8 September.

Moyo is renowned for his boxing prowess and striking ability. He recently added the WBF African heavyweight title to his incredible list of achievements. He is undoubtedly one of the heaviest hitters in the organisation, and is the epitome of boxer, turned mixed martial artist.

Back at the famous Bronx Gym in Johannesburg, Moyo prepares for possibly the biggest war in his illustrious career. Honing his skills as a technician of the sweet science, he is always hunting the finish with his accurate and deadly counter-striking.

But an aggressive man, one that rushes forward with ill-intent stands in the way of Moyo.

Mostert has made headlines in every appearance in the Hexagon, in his first four fights the ultimate mixed martial artist finished all he faced in devastating and brutal fashion and in doing so earned a title fight against van Zyl. After coming close to capturing EFC heavyweight gold in his last bout at Sun City, Mostert immediately returned to the Hexagon, determined to get back to the top, and just in the same way his career began, he was once again, victorious.

Athletic, dynamic and super powerful, ‘The Wess Express’ comes to finish. Unsurprisingly, he boasts an 80% finish rate and has only ever gone the distance once, and with a hometown crowd in his corner, Mostert will be even more motivated to push for victory. 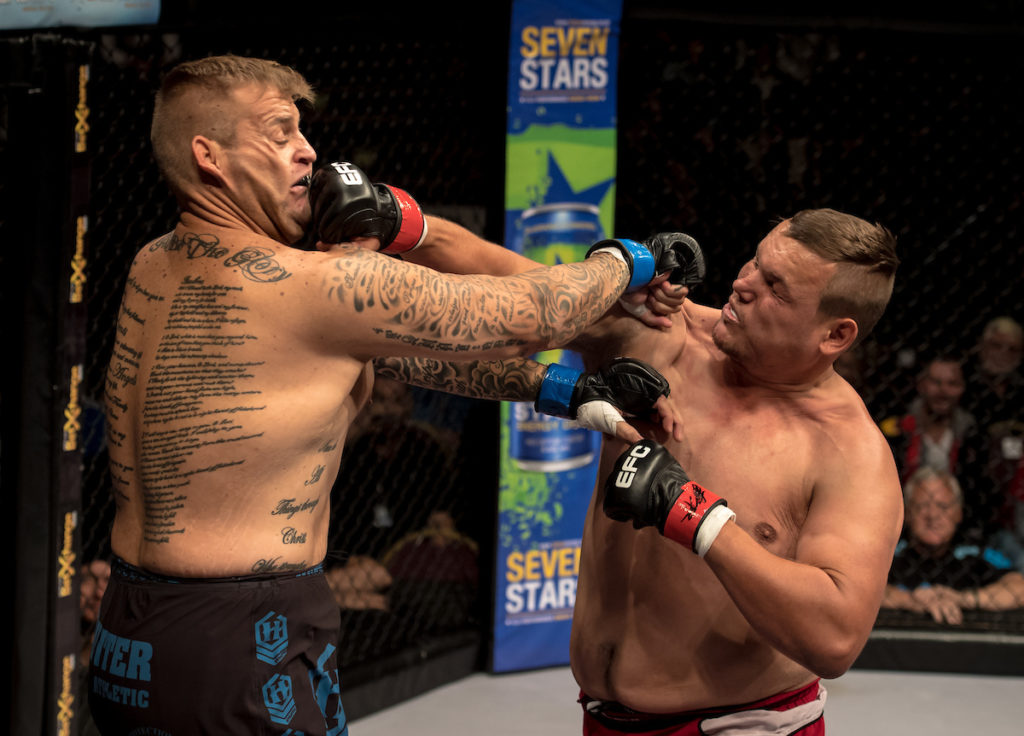 Sun City prepares for two of the world’s biggest and most powerful athletes going head-to-head, and with a potential title shot hanging in the balance, neither will want to leave it in the hands of the judges.

Watch this exciting heavyweight battle plus eleven more fights, all only available live from the ultimate entertainment destination, Sun City.

EFC 73 Mostert vs Moyo is presented by Betxchange.com and takes place on Saturday 8 September live from Sun City, North West, South Africa.  Tickets are on sale at computicket.com, and the 5 main card bouts will be broadcast live on Kwesé Free Sports 1 (Kenya & Rwanda), Kwese TV (Sub-Saharan Africa) and live in South Africa on SABC 3 starting at 21:30 (CAT). Full broadcast details available on efcworldwide.com. Prelim fights will be available for free on the official EFC Facebook page.