LESS THAN 2 WEEKS TO SUN CITY 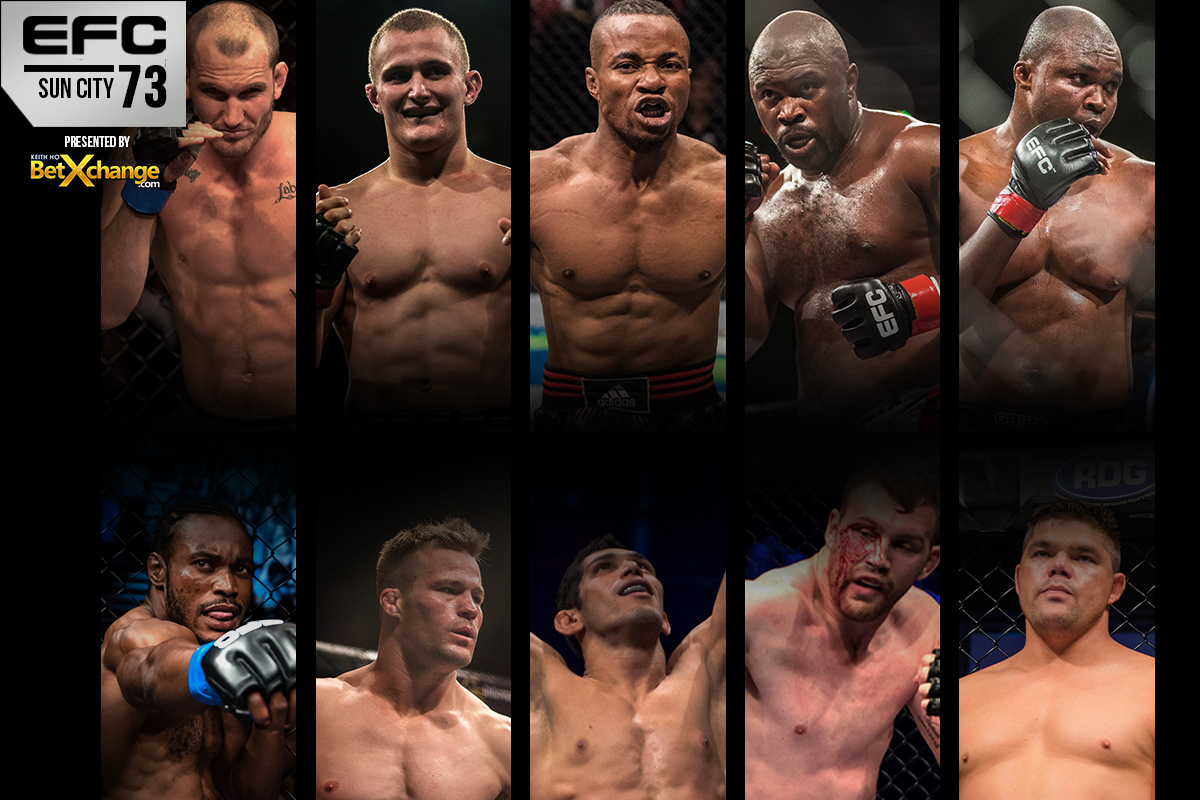 North West, South Africa – A new champion will be crowned when undefeated, DRC’s Gunther Kalunda, faces Brazil’s Jose Da Rocha for the interim EFC welterweight championship of the world. Plus, a heavyweight battle between African boxing champion, Zimbabwe’s Elvis Moyo, and MMA powerhouse, USA’s Jared Vanderaa will see two of the organisation’s most powerful strikers collide. All this and more, live from the ultimate entertainment destination, Sun City, South Africa on 8 September.

Another prospect, in Cameron Pritchard, makes the drop to lightweight for the first time to challenge a wily 17 EFC fight veteran in Anicet Kanyeba. Both carry one-hundred percent finish rates, and another finish is all but guaranteed when they meet inside the Hexagon.

Plus, 7 more fights fill the prelim card including exciting match-ups featuring the likes of Kevin Koekekoer vs Matunga Djikasa and Takunda Gorimbo and Isiashu Thitamba. All only available, live from the ultimate entertainment destination, Sun City.