The Countdown to Cape Town has Begun!

Less than 10 days to go! Watch the official Countdown to #EFC72 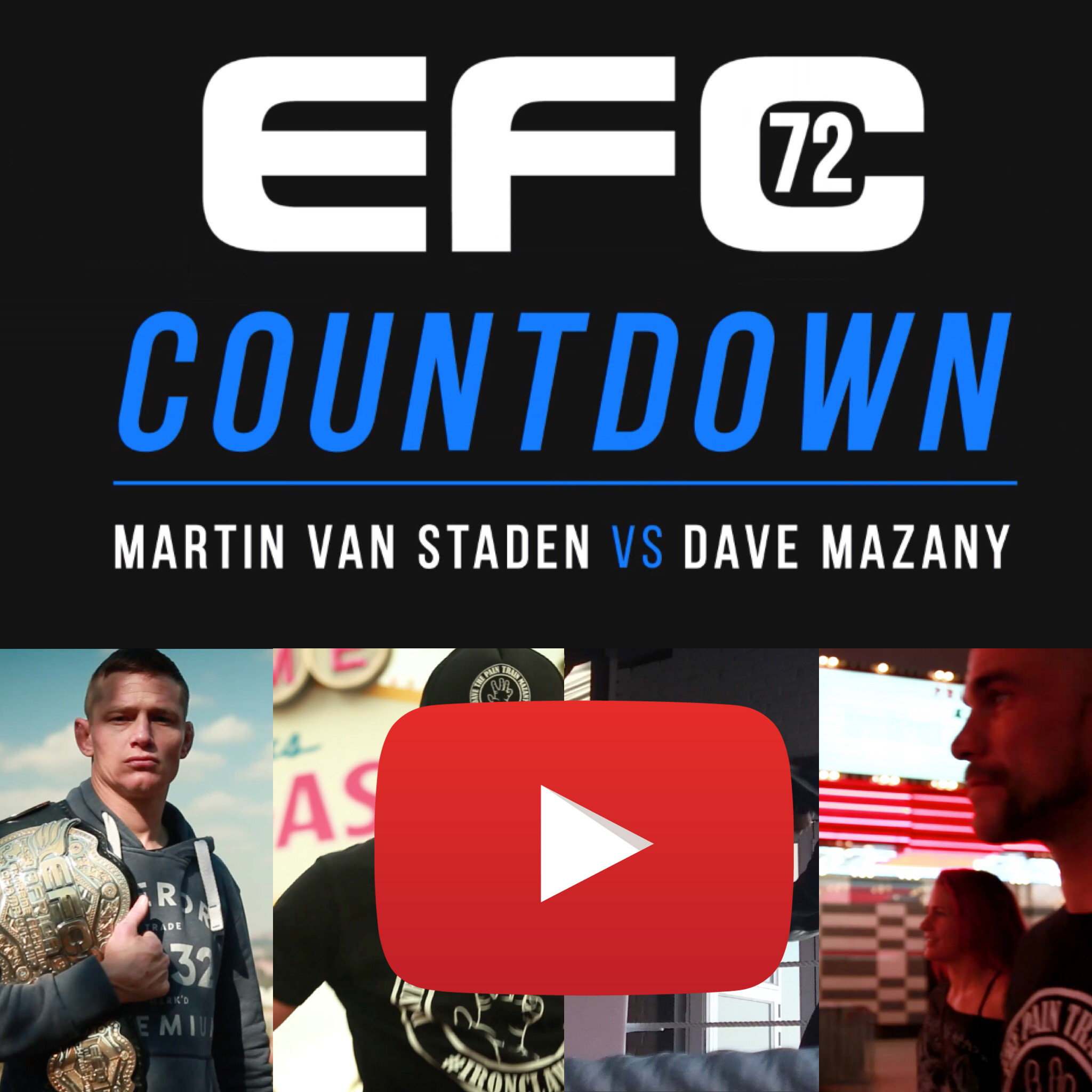 Cape Town, South Africa – Local legend will defend his title against a man obsessed with reclaiming it. This is their journey to 11 August, Martin Van Staden versus Dave Mazany for the EFC lightweight championship of the world. This is the countdown to #EFC72.

Brought to you by BetXchange.com, live from GrandWest in Cape Town, an epic title fight and a card full of exciting bouts are set to take place.

But first 6 action packed prelim bouts featuring some of the organisation’s most explosive athletes will kick-off the highly anticipated night. 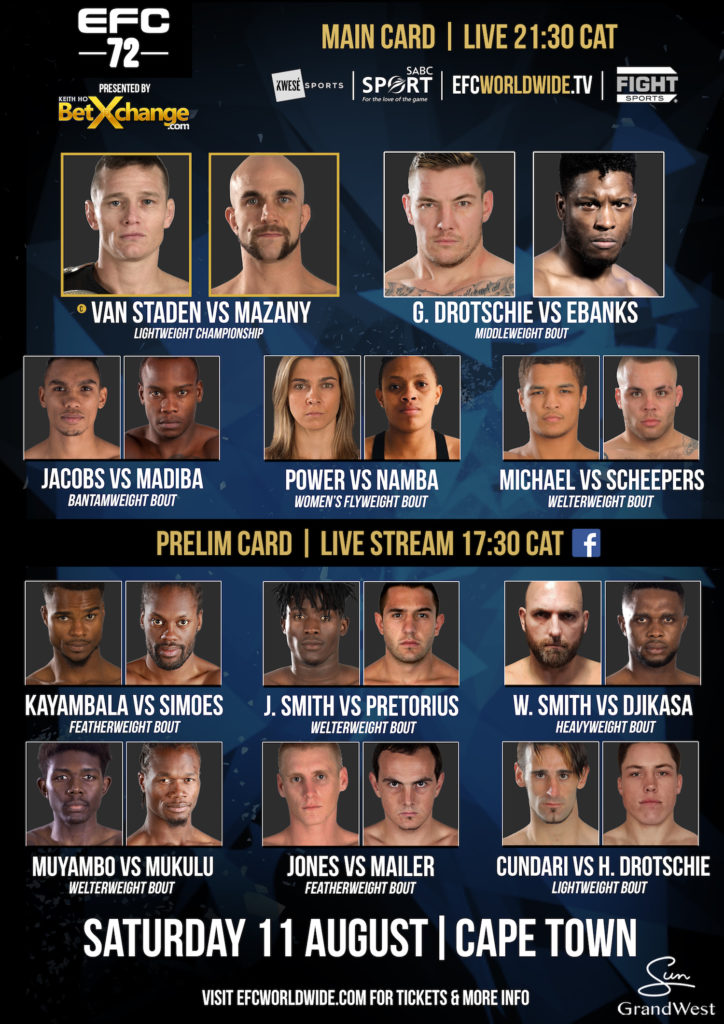 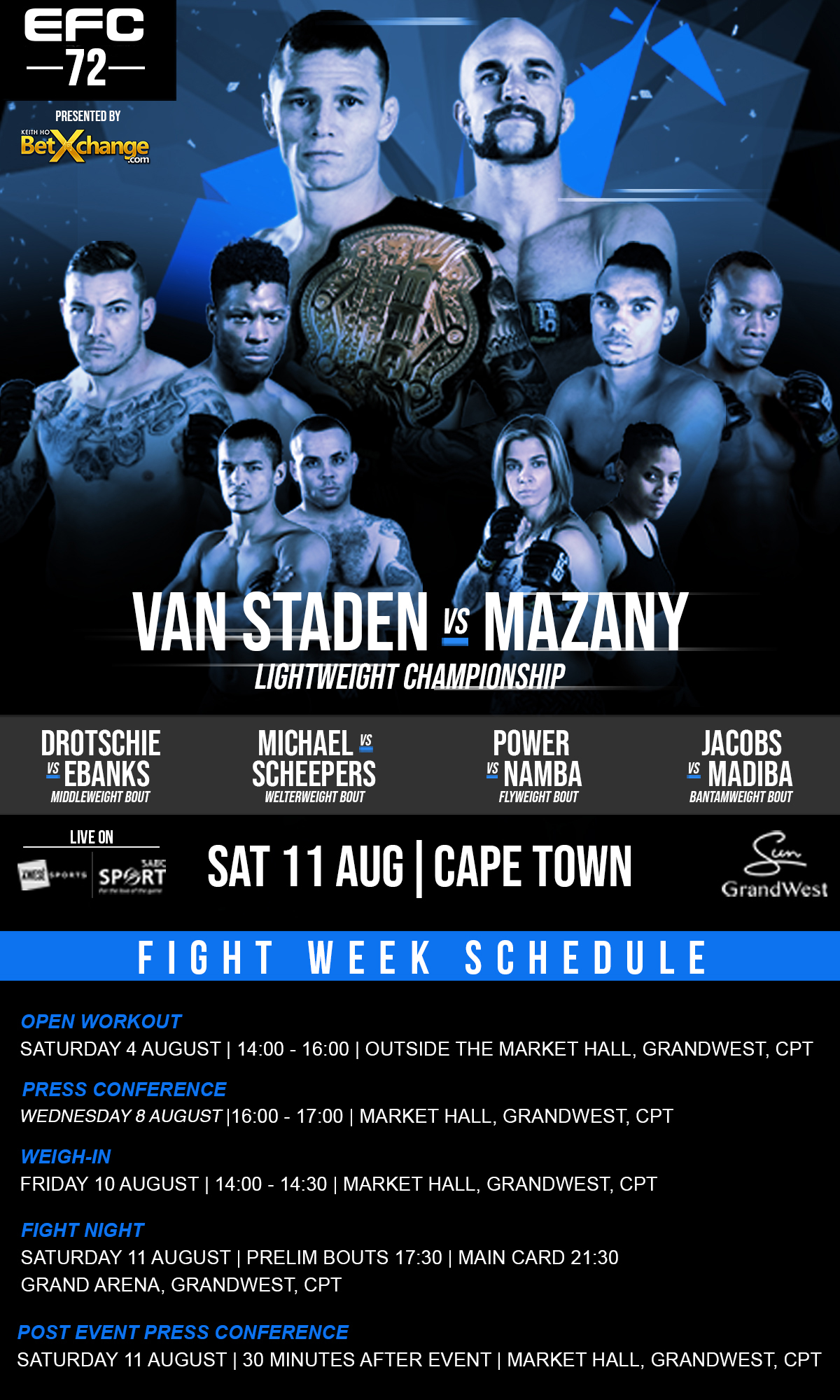