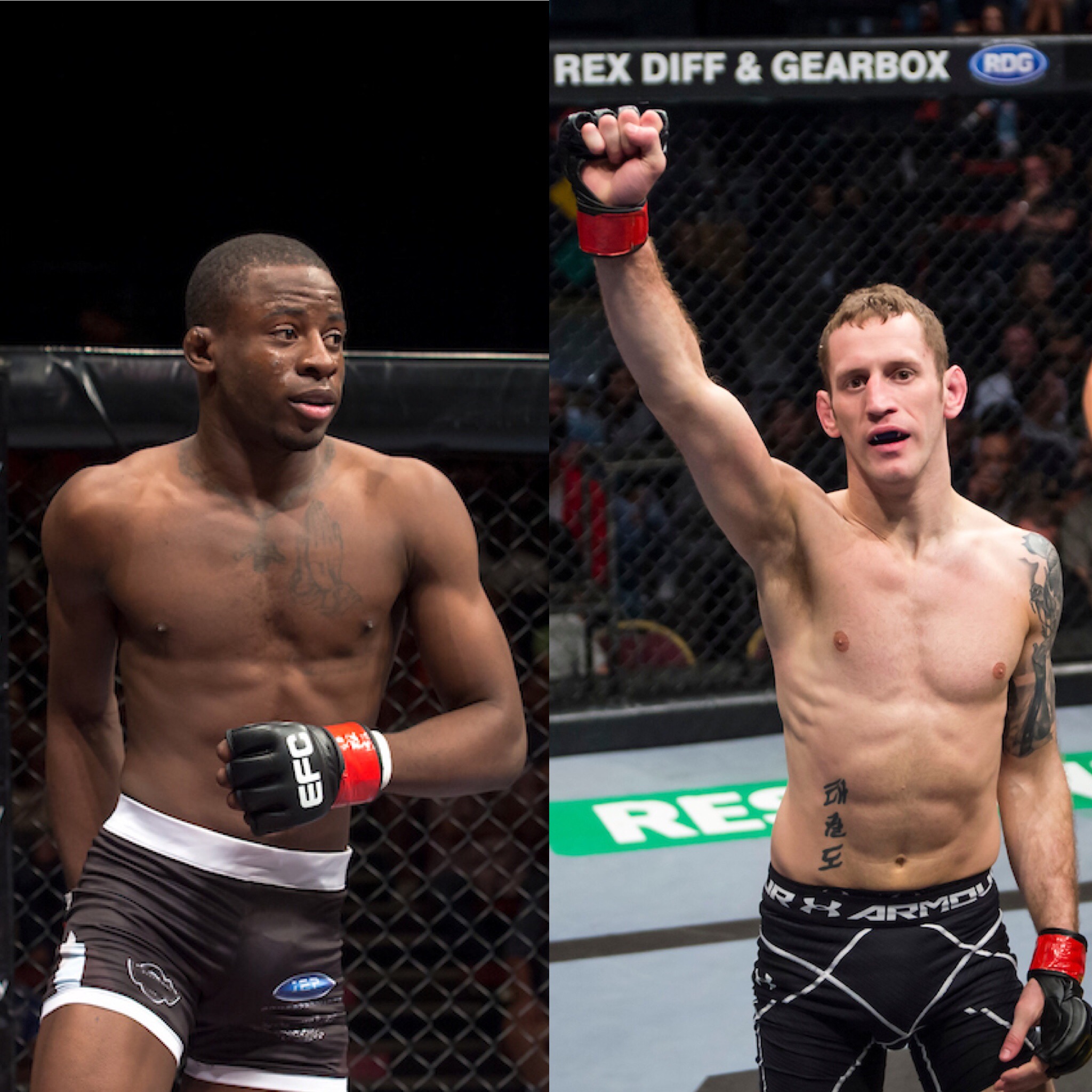 Johannesburg, South Africa – EFC returns to Carnival City, Johannesburg once again for another highly anticipated fight night on 6 October. An explosive match-up between the undisputed champion, Igeu Kabesa, and challenger Scotland’s Calum Murrie is set for EFC 74, with the highly contested EFC featherweight championship on the line.

Kabesa is an athletic genius. A multiple-time wrestling champion, he entered the EFC with an unblemished amateur MMA record and rallying hype of a champion in the making. He went on a tear in the organisation, winning six lightweight fights. All in spectacular fashion.

In only his seventh fight in the organisation, he managed the biggest achievement in his martial arts career, and captured the EFC featherweight world championship. He defeated the seemingly unstoppable Danny Henry. A headstrong Scotsman that had marched his way through the division and captured gold previously.

That chapter was not closed however, and after Kabesa had defended the belt against Hanru Botha, Henry was offered the rematch. Kabesa suffered his only ever loss to the Scotsman, but was never gifted a rubber match as Henry vacated the belt and signed to the Las Vegas based promotion, UFC.

In another first round finish some months later, Kabesa recaptured EFC gold and followed it up with spectacular a TKO victory over the super experienced and much heavier Brazilian, Paulo Silva.

An already storied career, a new team at The Tribe in Johannesburg, ten wins, six finishes and multiple title defences, Kabesa has shown he truly is undisputed. 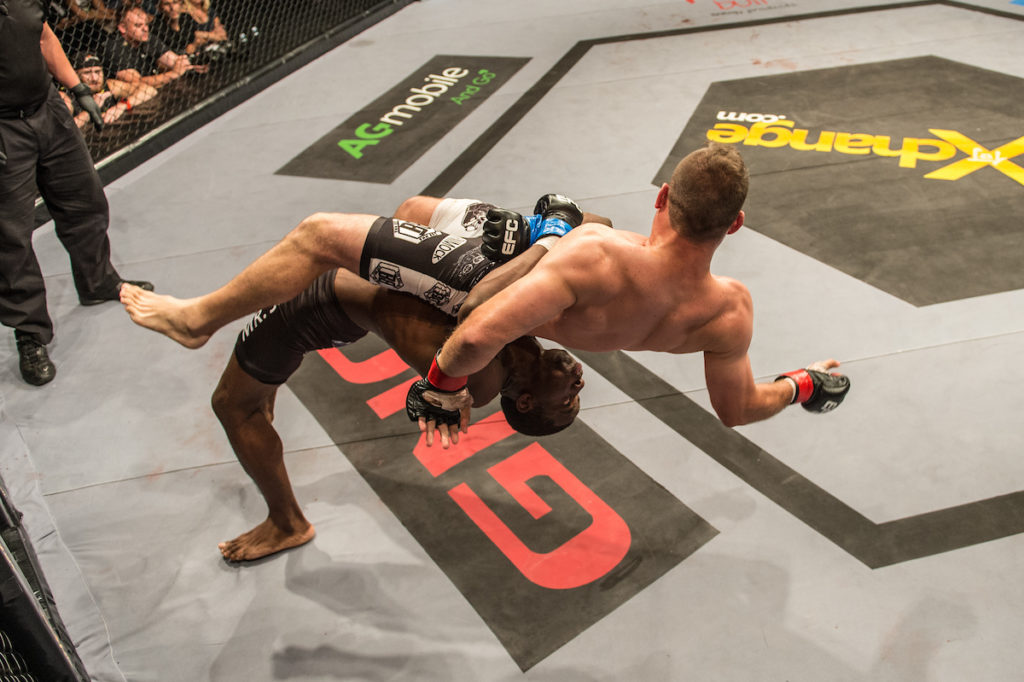 “My team has beaten Igeu before and I will do it again. I will be the EFC featherweight champion,” enter Calum Murrie. Teammate and training partner of former champ Henry. A man hungry to show the world the warriors that are the Scottish.

A Taekwondo world champion and 10th Planet BJJ Brown belt, deceptive and unorthodox are words commonly used to describe him. A man that asks big questions of his opponents in the Hexagon with his illusive footwork and sneaky striking. On the ground, he presents a whole new world of puzzles to solve, while he locks you up and forces the tap.

Most recently his impressive victory over former title challenger, Pierre Botha. A fight that saw him flow from submission to submission and until he found the chink in the armor of the powerful wrestler. 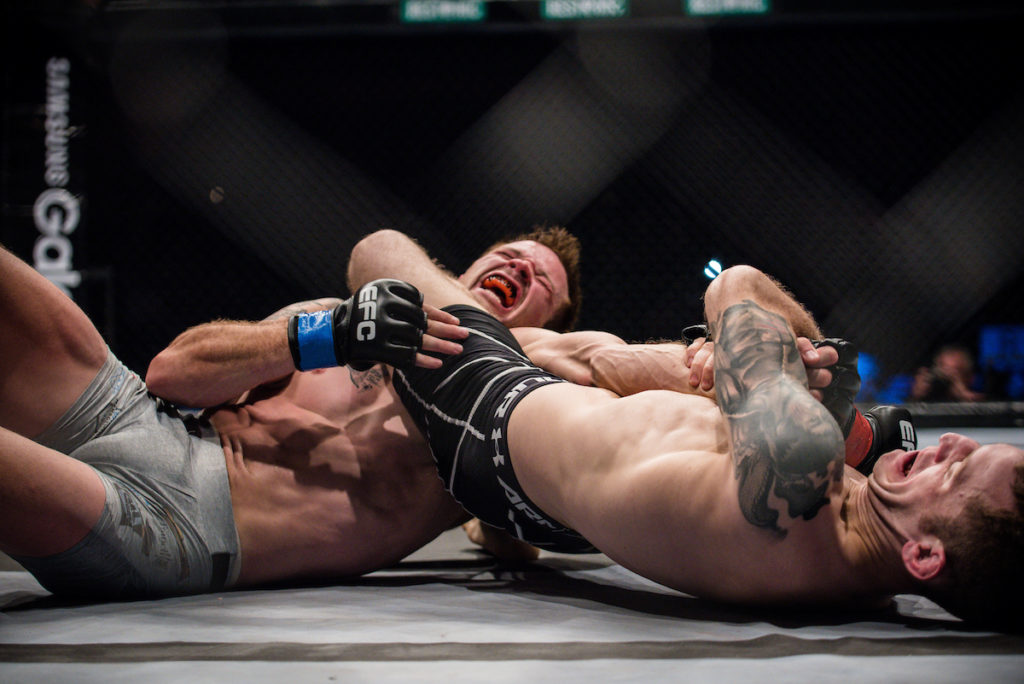 While Murrie and his team possess the knowledge and ability to defeat Kabesa, the champ is unimpressed, “Calum is just another in a long line of challengers coming for my belt. But, like the rest, he is gonna fall short.”

This title fight is set to headline a mega 12 bout fight card, all only available live from Carnival City.

EFC 74 Kabesa vs Murrie is presented by Betxchange.com and takes place on Saturday 6 October live from Carnival City, Johannesburg, South Africa.  Tickets are on sale soon at computicket.com, and the 5 main card bouts will be broadcast live on Kwesé Free Sports 1 (Kenya & Rwanda), Kwese TV (Sub-Saharan Africa), SABC 3 (South Africa), Fight Sports (Where Available) and EFCworldwide.tv (Where available) starting at 21:30 (CAT). Full broadcast details available on efcworldwide.com. Prelim fights will be available for free on the official EFC Facebook page.