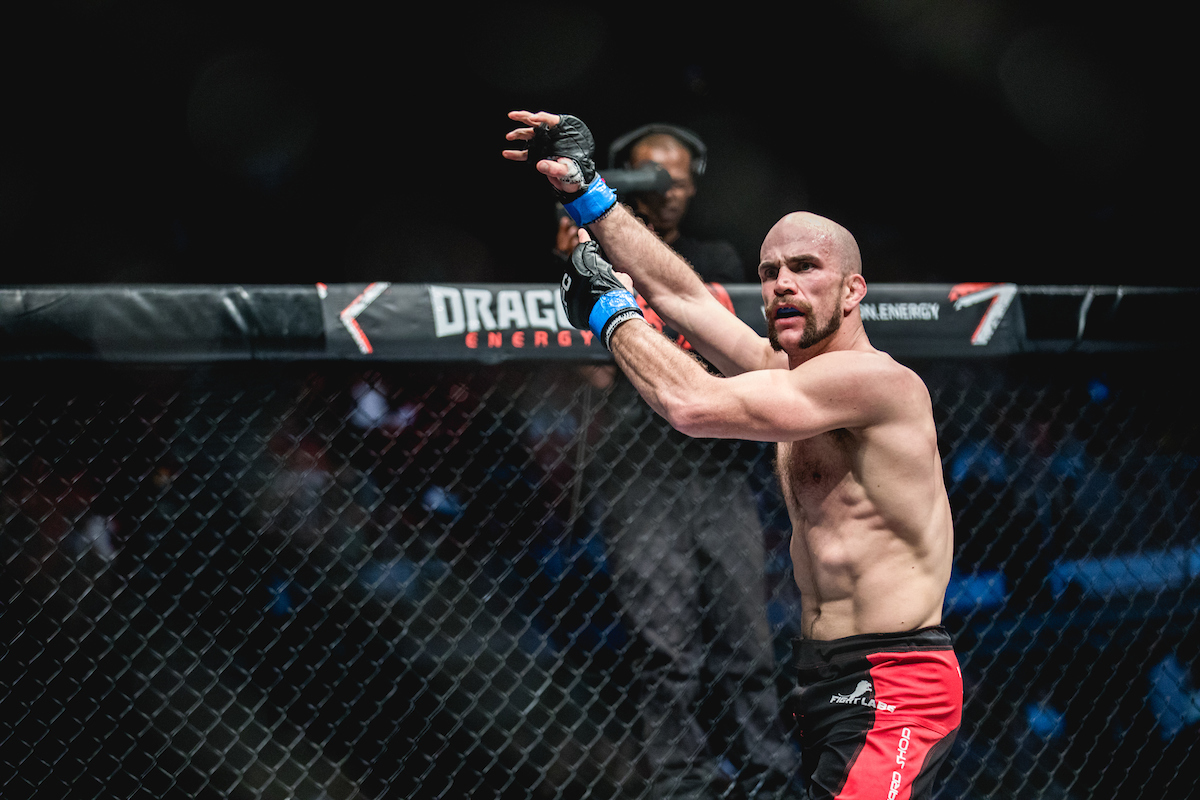 Johannesburg, South Africa – They say you should quit while you are ahead. Much loved and respected EFC lightweight champion, USA’s Dave Mazany, has officially retired from MMA.

Mazany debuted in the Hexagon at EFC 05 and submitted then champ, Wentzel Nel, in an exhibition match. After a few years competing round the world, Mazany returned to the Hexagon in spectacular fashion when he faced Sibusiso Mdoko.

He went on a dominating winning spree that resulted in him claiming and defending the lightweight championship against the legendary Leon Mynhardt, the rematch a fight of the year contender for many fans.

He then came up against Don Madge and suffered his first and only loss in the EFC Hexagon. Madge has since signed to Las Vegas based promotion UFC.

Never a quitter, Mazany rebuilt and once again proved he the top man in the organisation with a string of T/KO victories that saw him match-up against Martin van Staden for the belt. After a grueling five rounds, he reclaimed the belt that he had been working so hard for the previous years.

He began, “I came to the decision the other day that I’m going to retire from mixed martial arts. It was a tough decision, it was something that I had to think long and hard about because mixed martial arts has been a major part of my life for the past decade.”

“It is always mixed feelings when an athlete, especially one as prominent as Dave, retires,” explains EFC President Cairo Howarth. “We are sad to be losing him and never get to see him in action again, but also happy to see him moving onto the next chapter in his life. He has never been anything less than a consummate professional, always going the extra mile for the fans.”

Howarth continued, “Thank you Dave for your years’ of action in the Hexagon. For putting your body on the line, for all the fight fans around the world. You truly are a legend of MMA, best of luck with all your future endeavors.”

With Mazany’s retirement, the EFC lightweight division is now vacant of a champion.

Who will face-off for the EFC title? Find out soon!