WARRIOR TILL THE END

Fights to the fifth with a broken arm 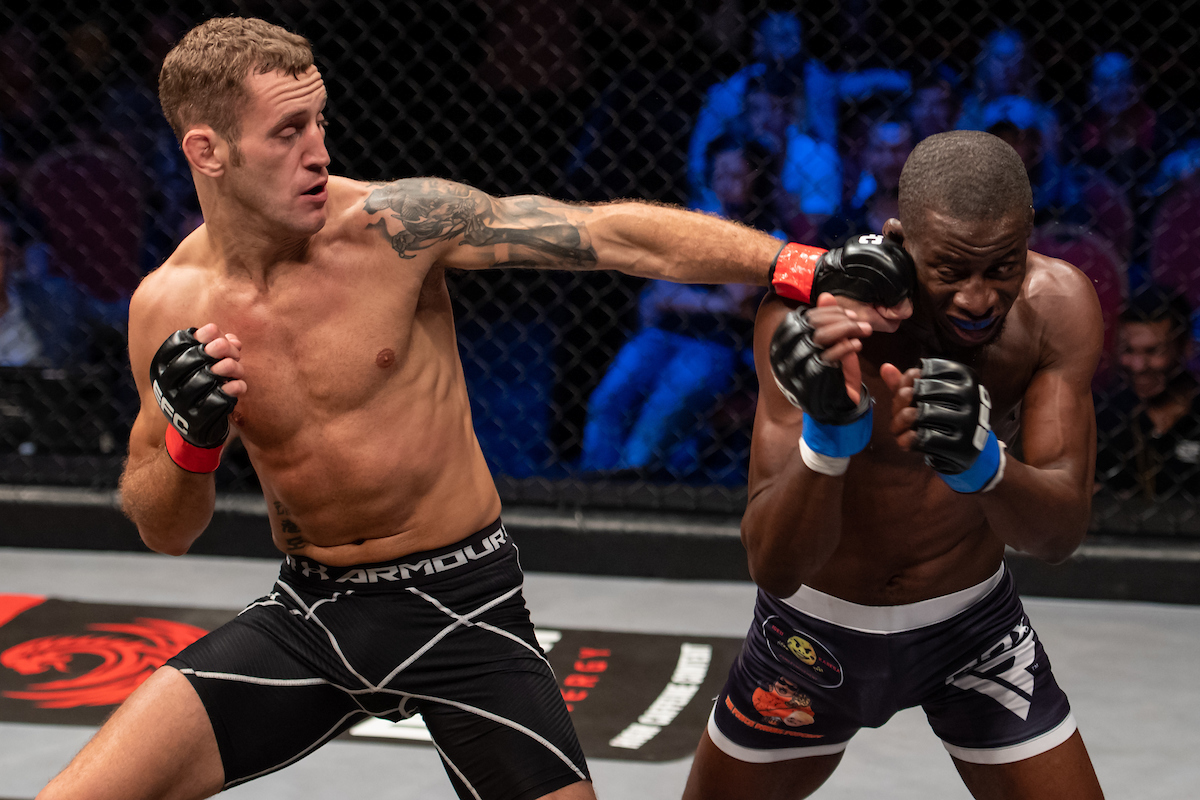 Johannesburg, South Africa – Saturday night saw undisputed champion Igeu Kabesa defend his title for a third time in a competitive 5 round war. However, unbeknown to any but Murrie himself, he had broken his arm in the fourth round and continued fighting until the final bell.

Murrie was noticeably absent from the post-event press conference as he had been transported to hospital for treatment.

“Man, I blocked a kick with my arm somewhere in the fourth round,” explained Murrie when reached for comment. “When I went back to my corner, I could feel it clicking and knew it was broken, but didn’t say anything to my corner other than that my arm was sore.”

He continued, “I remember in the fifth, my corner was shouting to punch, but I was just thinking I can’t. And I can’t shout back why; cause then Kabesa would know and attack it.”

Murrie added, “Props to Kabesa for being the better man on the night and thanks to EFC and Constantia for always looking after us.”

The Scottish warrior has suffered three breaks in his right Ulna. He will not require surgery, but is not medically fit to fly until Thursday.

Contantia Insurance is EFC’s official insurance partner. All EFC athletes are covered for injuries sustained in competition in the Hexagon By Constantia Insurance.