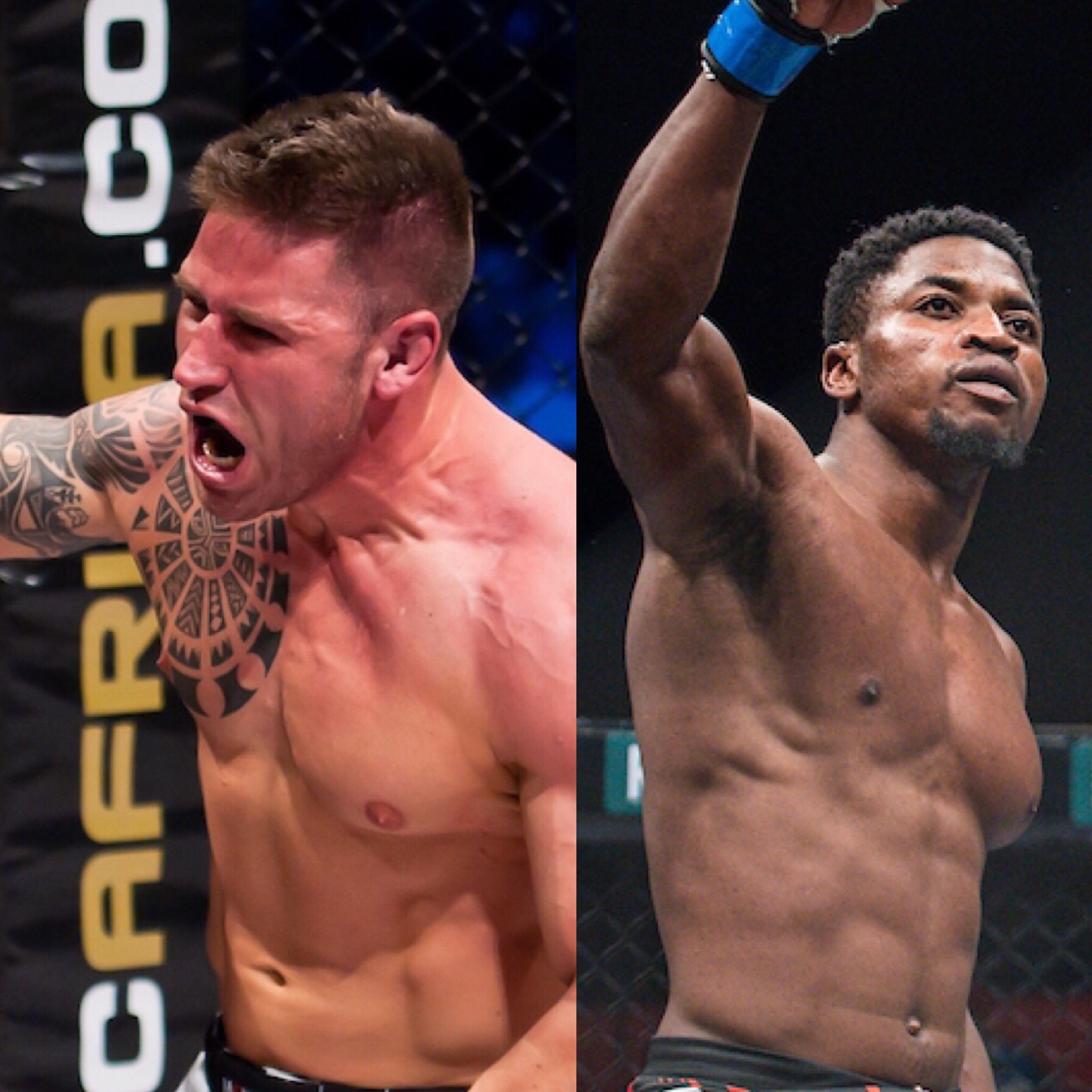 Pretoria, South Africa – EFC returns to Time Square, Menlyn Maine, Pretoria for one of the biggest fight cards of the year, featuring two mega title fights. Joining the championship fights, on the main card, a highly anticipated encounter between Gordon Roodman and Dallas Jakobi was set to take place, however, last week, EFC HQ received word from Gordon Roodman that he has been sick and doctors have advised him to withdraw from the scheduled fight against the former champ. With just under 2 weeks to go, one of the toughest warriors in the organisation, Mark Kamba, has stepped-up to face Jakobi on 8 December.

“I unfortunately fell extremely ill with Bronchitis and had no choice but to eventually take the prescribed antibiotics to combat it,” explained Roodman in a statement sent to EFC HQ. He continued, “This left me in a very unique position, as I have never in my 9 years of fighting had to withdraw from a signed bout. But I have to look out for my health and thus had to make the unfortunate call to withdraw. My wish is truly to be able to postpone the bout to March as I know that the fans are extremely excited for this fight and I believe it would make for an absolute thriller of a scrap. I would like to apologise to Dallas, my friends, family, fans, sponsors and team and assure them I will rebuild and return stronger in 2019. Mad respect #Rage”

Fighting out of Gracie Barra Cape Town in Cape Town, Kamba is known for his KO power and incredible physicality. Ever improving, the DRC native has faced some of the best in the organisation, and always on the hunt for the quick finish. Most notably in his recent one punch KO victory over Elvis Ngwalangwala at EFC 71. 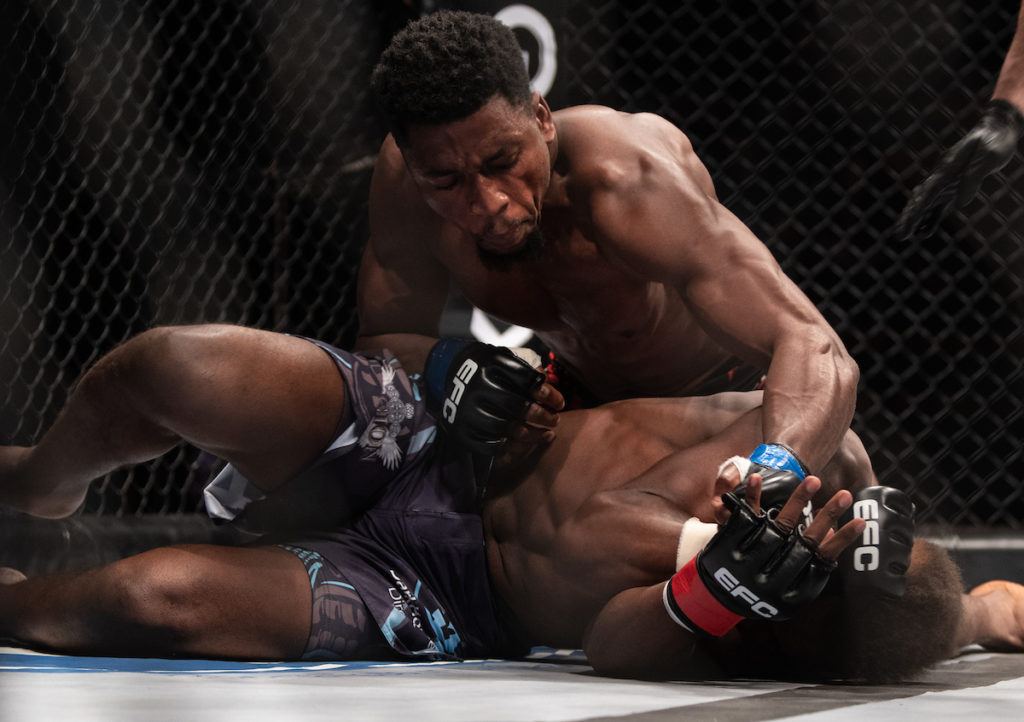 Jakobi is a legend of MMA who possesses some of the most devastating ground-and-pound in the history of the organisation. He retired from competition to take time off to focus on running his gym and help teammate Amanda Lino at KO Fitness become a two-division champ. Although retired, his return to MMA was always imminent. 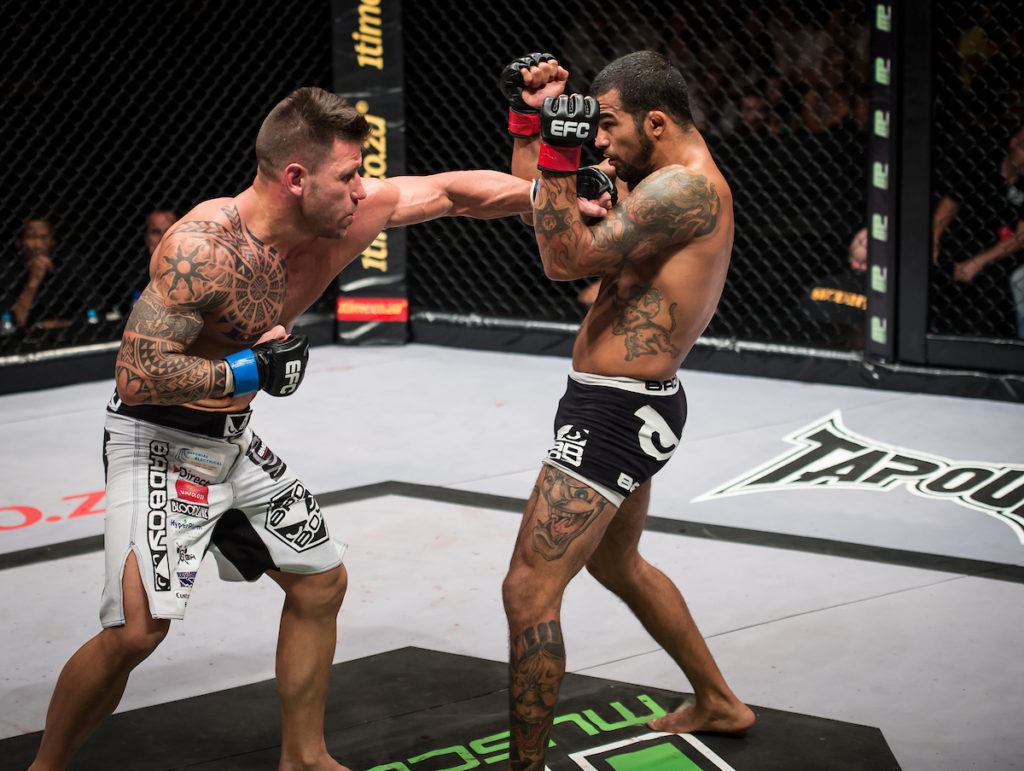 These two warriors will collide on the main card just ahead of the interim EFC heavyweight title fight between South Africa’s Ruan Potts and USA’s Jared Vanderaa and the EFC women’s strawweight championship between Italy’s Chiara Penco and Poland’s Karolina Wójcik.