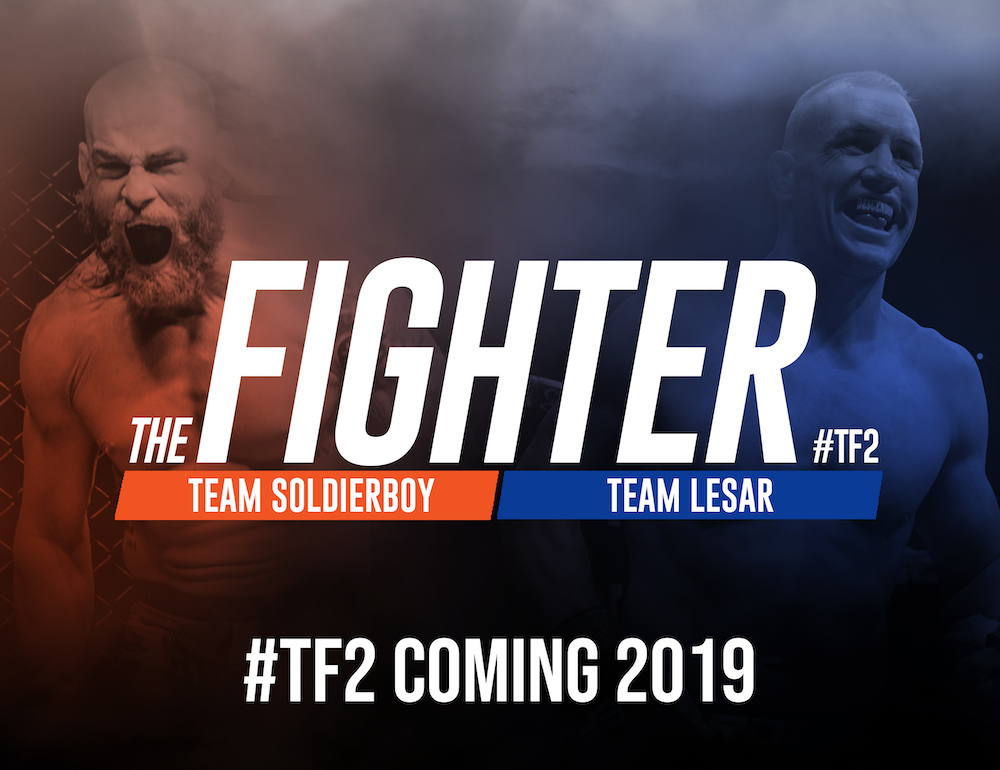 Johannesburg, South Africa – Wednesday night it was revealed at the EFC 75 presser that the organisation was deep in preparation for Season 2 of the hit reality TV show, The Fighter and it was announced that Garreth ‘Soldier Boy’ McLellan and Brendan ‘Descendant’ Lesar would feature as rival coaches on the show and ultimately face each other for the interim middleweight title in the finale. It was also confirmed that the shows contestants will be made up 10 female flyweights from the around the world. Filming starts January 2019. Watch the announcement here:

‘Soldier Boy’, the former EFC middleweight champion who relinquished his title to enter the UFC, is the only man in the organisation to have ever defeated the reigning champion Dricus du Plessis. He is also the only man at middleweight who the champion is willing to face. He has officially returned to the and is determined to claim back what was once his.

Winning #TF1, the undefeated Brendan Lesar earned a guaranteed shot at middleweight gold and ultimately a shot at Du Plessis. But with claims of ineligibility by the reigning champion, who would only consider McLellan as a challenger, Du Plessis turned down the fight.

“They need to earn the fight against me. Right now I am focused on Dalcha (EFC LHW and HW champion). When I am done with him, they can come get a beating too,” Du Plessis stated when asked for comment on refusing the Lesar fight.

His decision not to defend opened the doors to an interim middleweight title fight between #TF2 coaches, the deserved no.1 contender, Brendan Lesar and the former champion, Gareth ‘Soldier Boy’ McLellan.

The two EFC superstars will take the reins as rival coaches in the series. Over the 10 episodes they will prepare their hand-picked teams to compete against each other in a series of elimination fights, and ultimately face each other in the grand finale.

The ultimate winner of season two will win a six-figure contract with EFC and an immediate title fight with double-division champion, Amanda Lino. The search for the ultimate flyweight contender has begun.

#TF2 is scheduled to begin recording early January 2019 with episodes lined up to start airing mid February and the live finale taking place at EFC 79 at Carnival City, Johannesburg on Saturday 4 May 2019.

Full broadcast details, cast and other details to be announced soon.

‘The Fighter’ is a ten-part reality TV series, featuring female flyweights prospects from around the world in a quest that ends with a six-figure prize contract and a guaranteed shot at EFC gold against double-division champion, Amanda Lino. Not only the massive prize, but the opportunity to be coached and mentored by two of EFC’s best athletes.

Following the massive success of MMA reality programmes globally, The

Fighter is the first show of its kind produced in Africa, as well as the first

to be broadcast to African audiences on free-to-air TV networks.