It all goes down this Saturday at Time Square 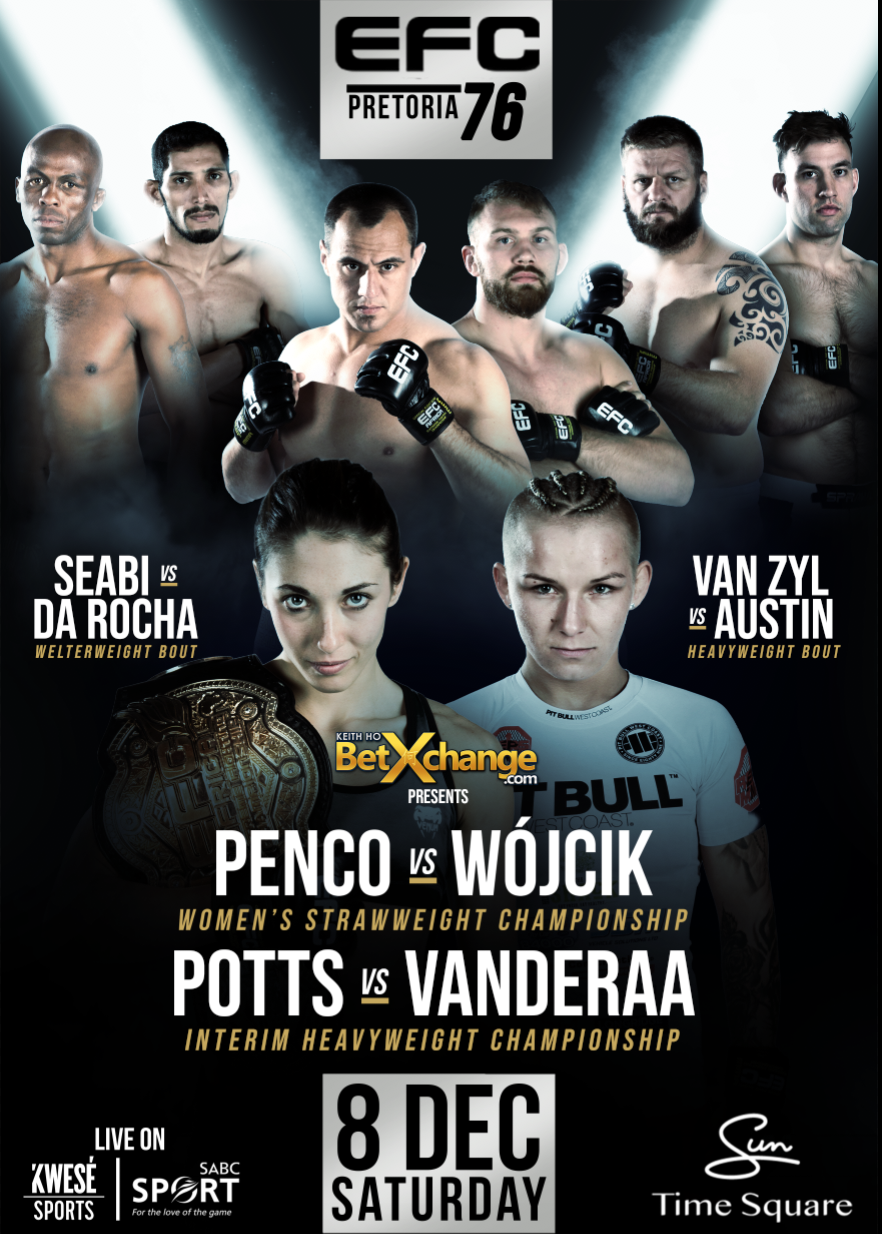 Also on the main card, former heavyweight kingpin, South Africa’s Andrew van Zyl, clashes with England’s Stuart Austin. EFC legend and former champ, Dallas Jakobi makes his return after 5 years against the KO artist, Mark Kamba.And in the opening fight of the live broadcast, the outspoken Conrad Seabi, and the Brazilian contender, Jose Da Rocha are set to clash in an epic encounter.

Kicking off the highly anticipated fight night, 8 more matchups between some of the organisation’s biggest names will take place. 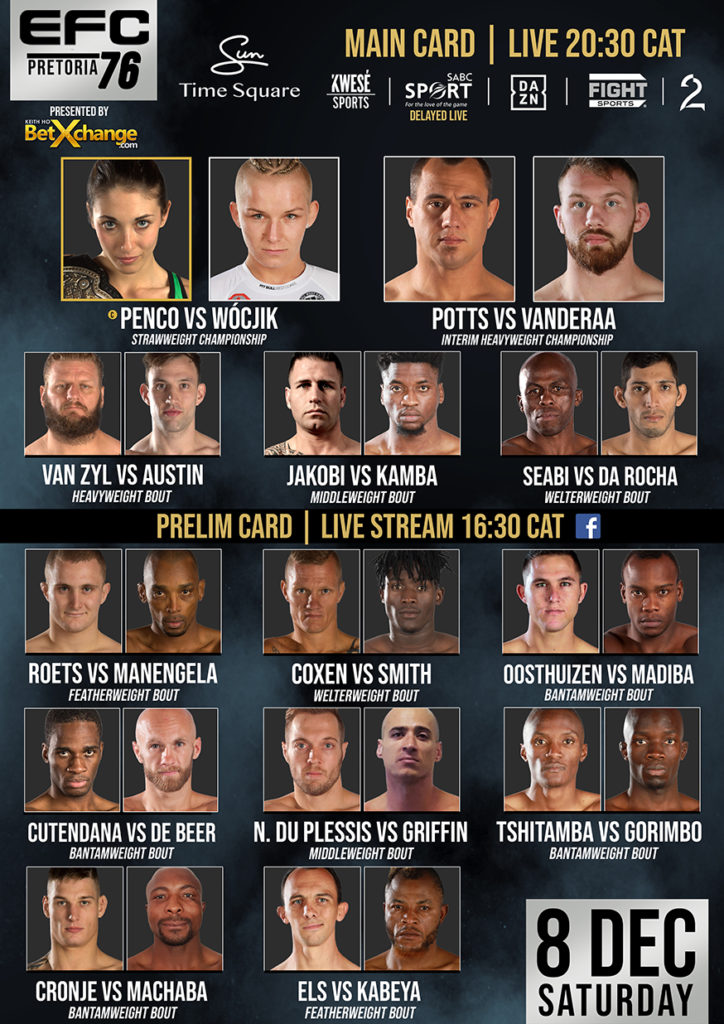