A CHAMP’S LIFE AT THE CAPITAL 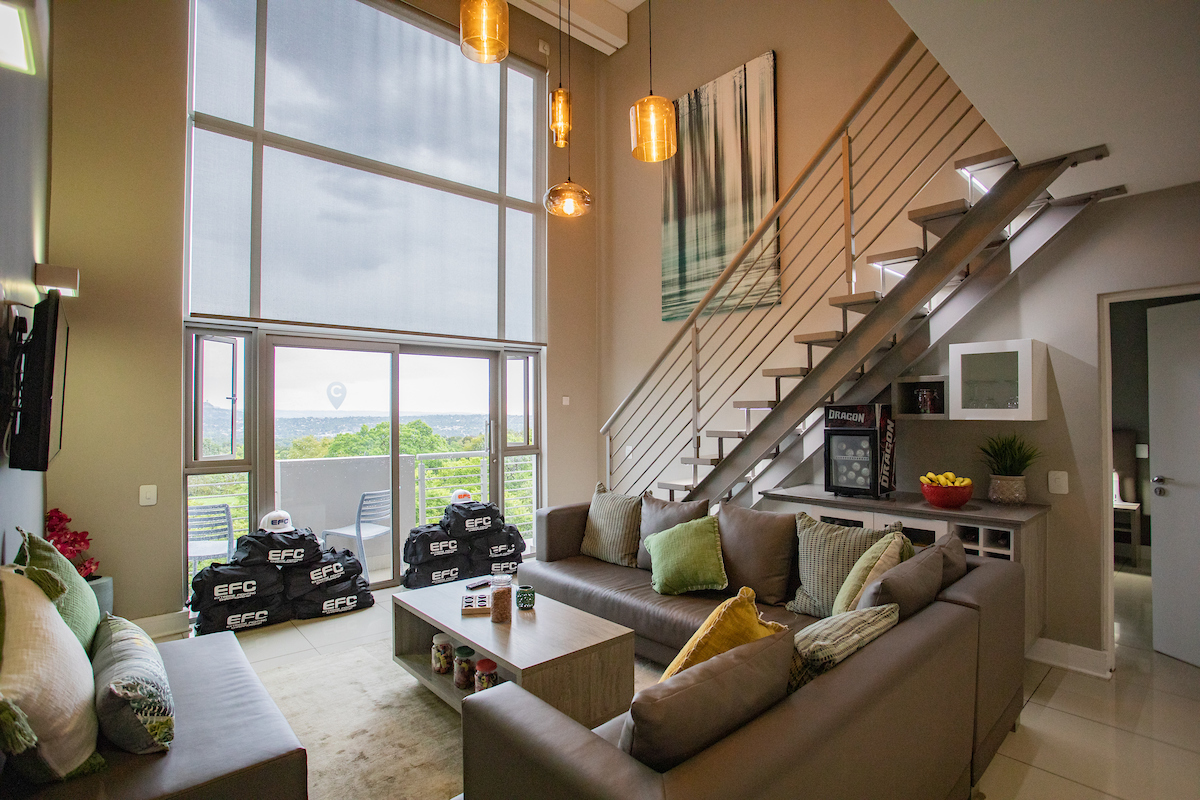 Johannesburg, South Africa – The second season of The Fighter (TF2) is currently in production, with the 10 contestants living together in the penthouse at The Capital On Bath in Rosebank, as they compete against each other, fighting their way into the final.

As the home for the contestants during the many weeks of filming, and the place where they rest, recover and socialize after training and competing, The Capital On Bath, with its trendy and well equipped 5-bedroom penthouse (with hotel facilities and amenities), is ideal.

As a long-time EFC partner, The Capital Hotels and Apartments has hosted the EFC athletes and team at properties in Johannesburg, Pretoria, Cape Town and Durban, and has been showcased across the EFC platforms. As the home for TF2 the partnership goes to new heights, with The Capital On Bath featuring prominently throughout the hit TV series.

In addition to the TF2 contestants living in the penthouse, members of the TF2 production crew are also living at The Capital On Bath for the duration of filming, allowing for unparalleled access and the long hours of filming, and capturing the best possible content for the series.

“The Capital On Bath is a beautifully appointed, perfectly located, and has everything that the contestants and crew need,” stated EFC President Cairo Howarth. “The TF2 schedule is hectic and the athletes and crew require proper rest. The Capital On Bath is ideal, making their stay comfortable and hassle free, and allowing them to perform at their best.”

“We’re thrilled to host not only the second season of this exciting show, but also the world class female athletes and crew at our apartment hotel,” stated Garnet Basson, Chief Operations Officer for The Capital.