Top female prospects from around the world enter ‘The Fighter’ 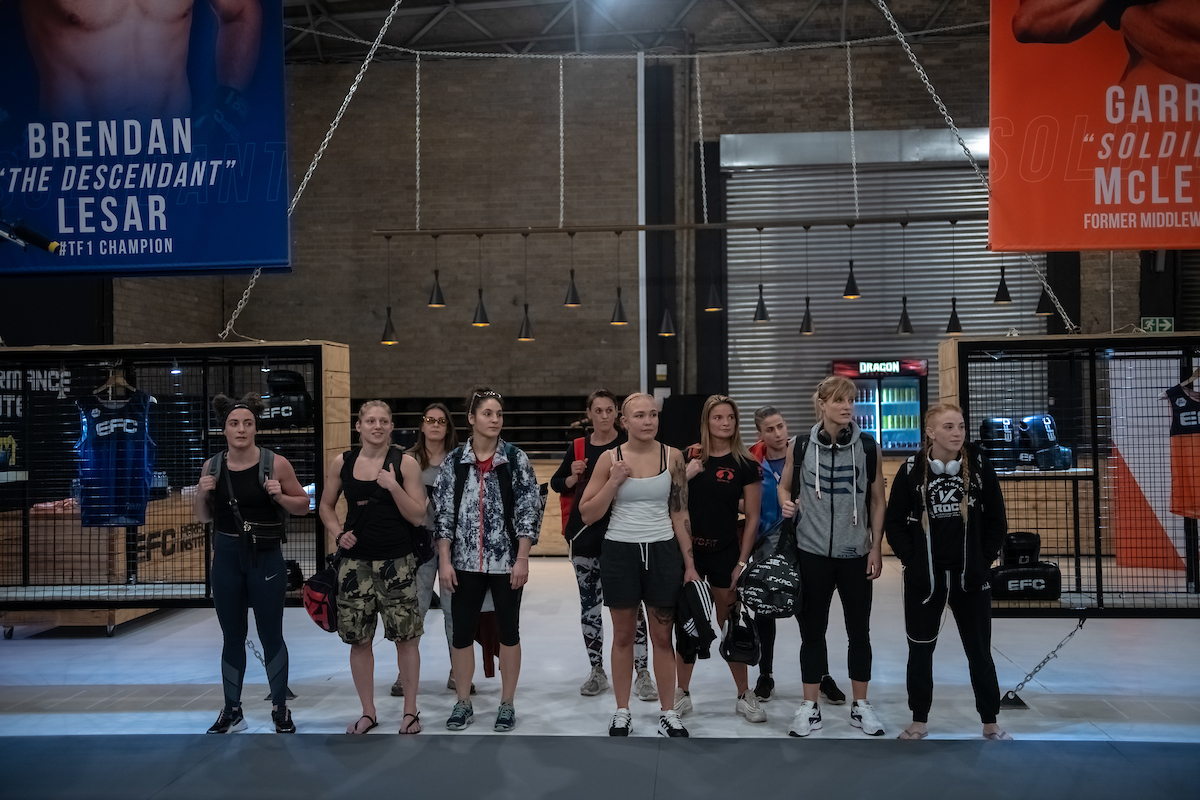 Johannesburg, South Africa – 10 of the best upcoming female flyweight prospects from around the world have been selected for the reality TV series, TF2 – The Fighter season 2, to live and train together, as well as compete against each other in a quest to win the ultimate prize: a six-figure contract and a guaranteed shot at EFC gold.

undefeated Brendan ‘Descendant’ Lesar, the ten athletes are split into two teams, Team Soldierboy and Team Lesar. Every episode contestants from each team battle it out in the Hexagon, with the loser being eliminated and the winner progressing towards the final. The two coaches will also fight each other at the grand finale on 4 May to be broadcast live on TV globally.

The 10 super talented females from across the globe, are: 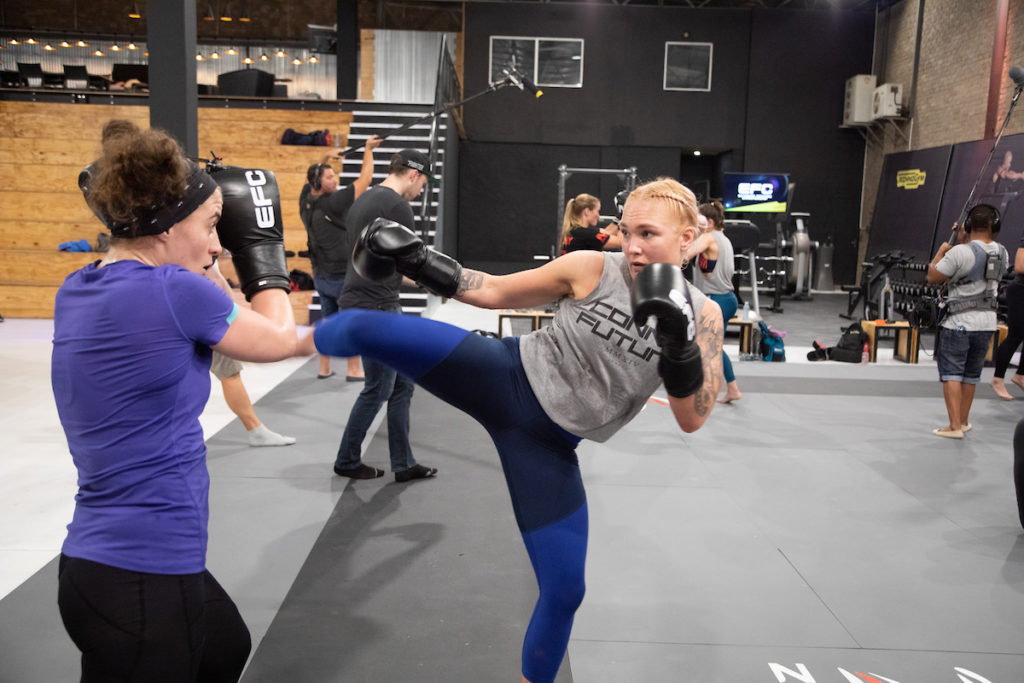 Sweden born and bred, Holm fights out of GBGMMA in Gothenburg. Her background in wrestling has brought her major amateur success, having won the IMMAF world champs in 2016 as well as multiple European and Swedish championships. Looking to carry her success on in the pro realm, Holm is a hot favourite to win the competition with her striking and heavy pressure wrestling.

“I’m joining The Fighter because it is time for the world to know about ‘Conny Future’, and it’s time for me to get a belt wrapped around my waist. I’ve had a rough year and it’s about time to change that, and make 2019 my year. I’m ready to showcase my skills, destroy everyone in my way and show all the MMA fans why I’m their new favourite!” – Holm 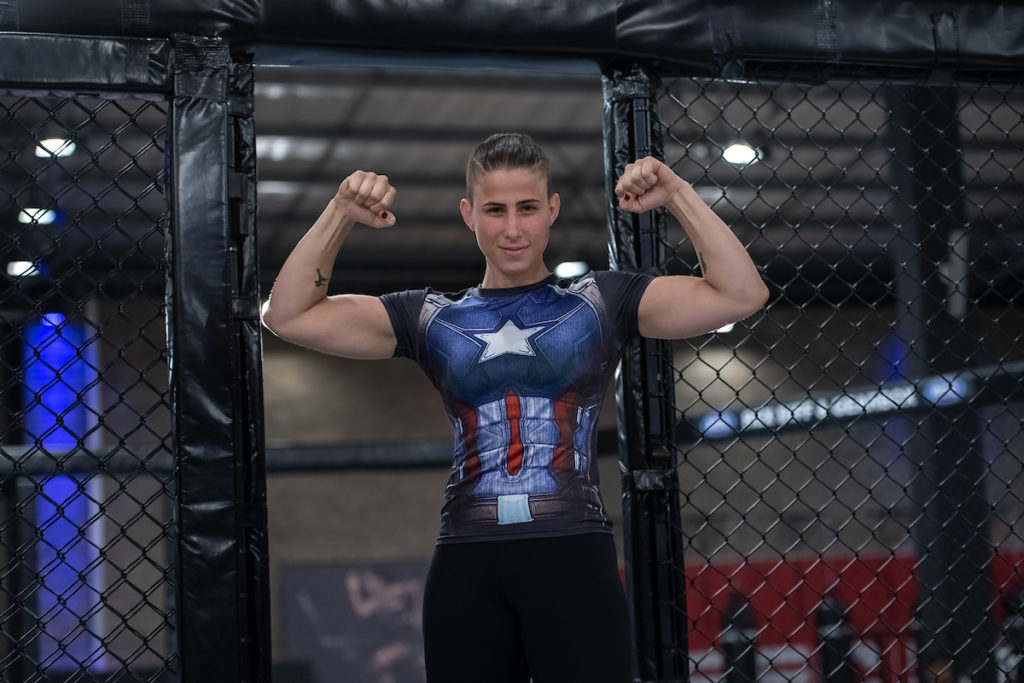 The only contestant in the house that is undefeated, Marçal hails from the birth country of Mixed Martial Arts, Brazil. From the landlocked city of Belo Horizonte, she fights out of BH Rhinos, where she crafts her skills day in and day out. She brings a solid boxing base with crafty Brazilian Jiu-Jitsu to finish off her opponents with her favourite technique, a Rear Naked Choke.

“Fighting in TF2 and EFC is a massive step up in my career as a professional fighter. It is the beginning of the realization of my dream. I will show the world what I am capable of!” – Marçal 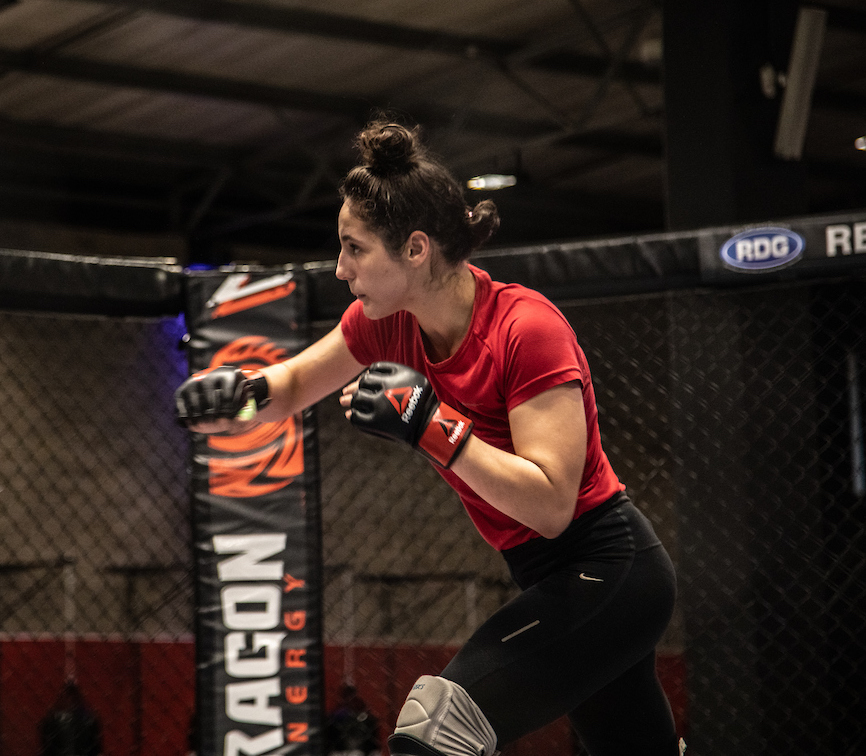 Hailing from Athens, Greece, Stelliou is one of the more experience athletes in the house. 100% of her victories have come via a definitive finish. She fights out of the Spartakas Nikaias & Leontes Aspropirgou Team and has claimed regional MMA titles as well Brazilian Jiu-Jitsu and Sanda national championships.

“This is my opportunity to show my skills and prove myself.” – Stelliou 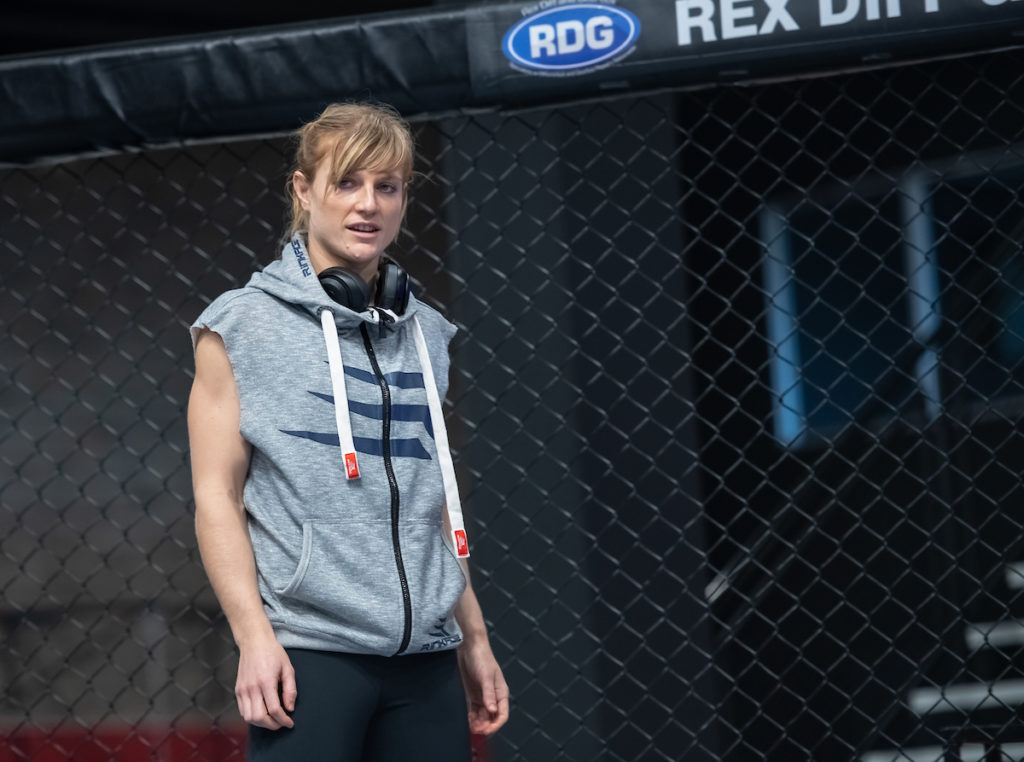 Manon Fiorot – France: 0-1 (pro record), 3-2 (amateur record)
Hard hitting and rangy, Manon Fiorot comes all the way from Nice, France, a country that besides the sport of MMA being illegal, has produce many world champions including former EFC heavyweight champ Cyril Asker and the only lady to have beaten Lino, Isabelle Pare. Fighting out of Boxing Squad, she claimed IMMAF amateur world champs gold in 2017 and is a French champion of kickboxing and karate.

“It is an exceptional thing for me to fight in EFC and TF2. There are many great fighters for me to test myself against.” – Fiorot 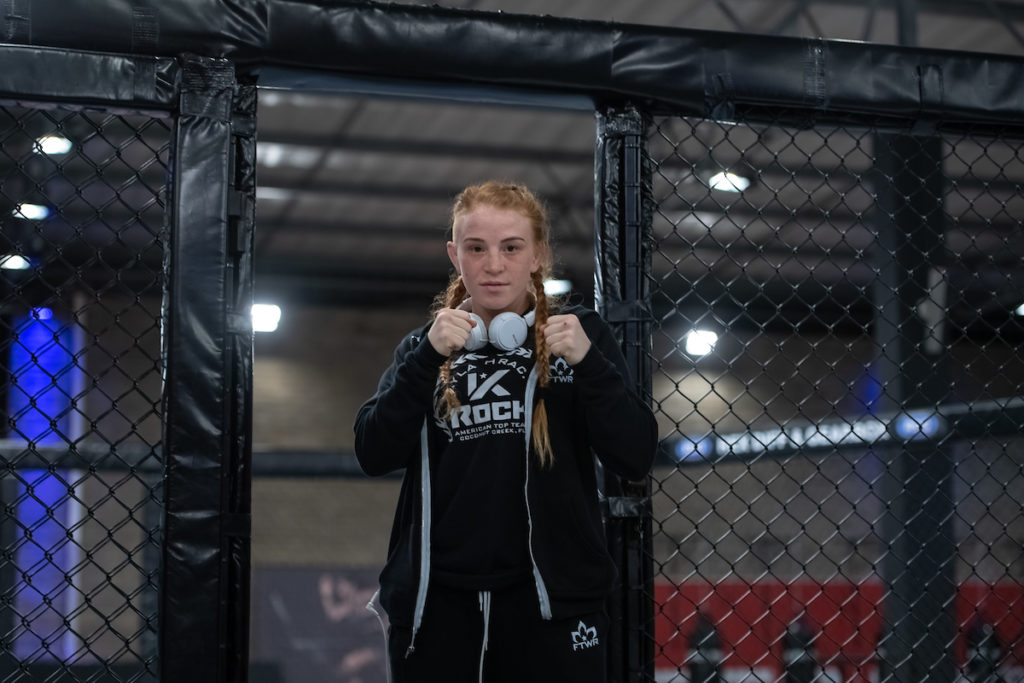 Kayla Hracho – USA: 0-0 (pro record), 7-2 (amateur record)
Hracho might not have any pro MMA experience, but she has been making waves back home in America. Training out of the famed American Top Team gym in Florida, USA, she has amassed an impressive amateur record. Besides being the 119lbs Ringside National Boxing champion, Hracho has also claimed CWC and UCC MMA titles. She is highly regarded for her cool and calm demeanour, boosted by accurate boxing and powerful wrestling.

“This means everything! Fighting is my life and opportunities like this are once-in-a-lifetime. I’m so excited to experience the culture of South Africa and to train and compete with hungry talent from around the world. I’m very grateful for the opportunity to fight in the EFC and plan to make the most of it.” – Hracho 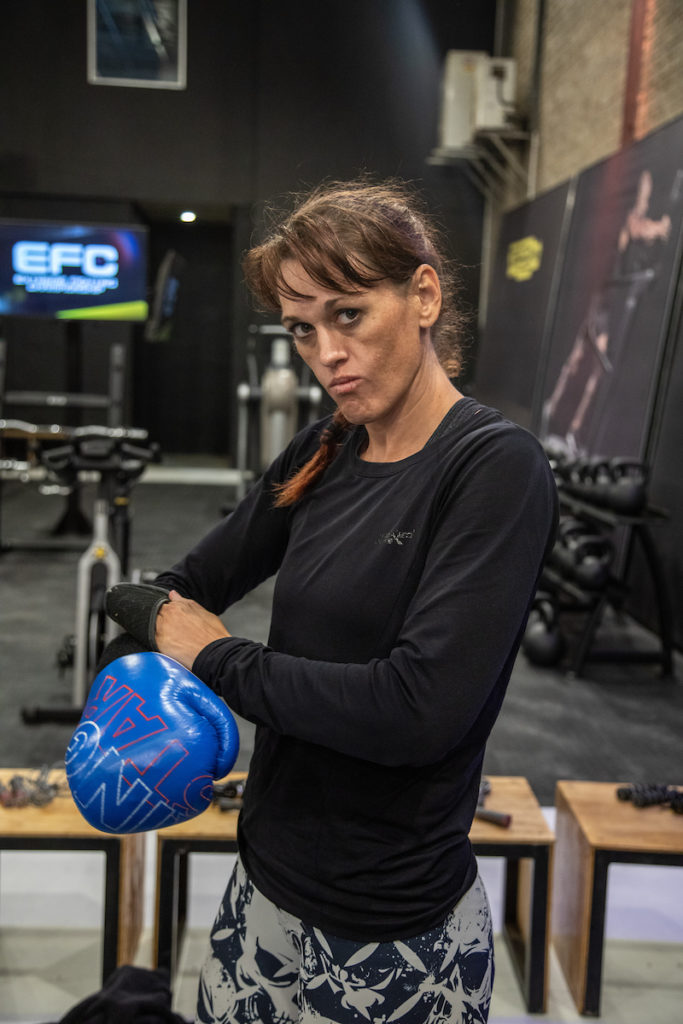 Jacqualine Trosee – South Africa: 2-4 (pro record)
The only lady from Africa, Trosee is also the only cast member to have faced the champ Amanda Lino previously. A mother of two, ‘Demolition Jacqui’ recently made the move to PESFA under the tutelage of Chris Bright in Port Elizabeth, South Africa.

“I want to be the first EFC champion that is also a mother and TF2 is the quickest route to get a rematch against Amanda, this time I will beat her!” – Trosee 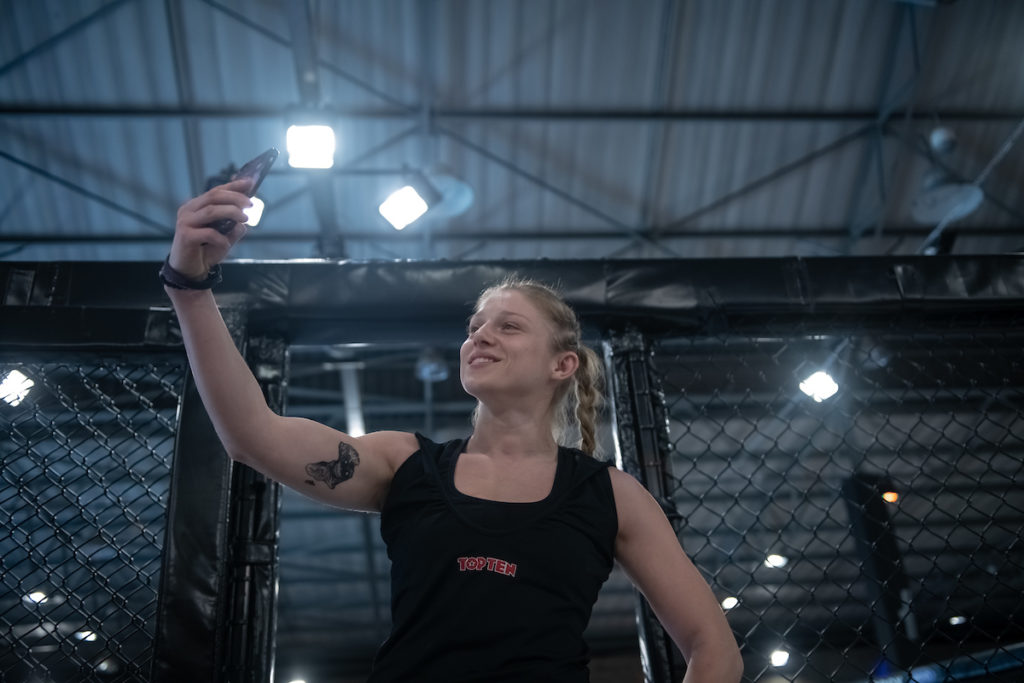 Sandra Mašková – Czech Republic: 1-3 (pro record)
Known as the ‘Honey badger’, Mašková is aggressive and will face anyone put in front of her head on, much like her namesake. She began kickboxing at the age of 19 and in 2017 won the World Games before transitioning to MMA. The Tiger Team athlete might be one of the smaller contestants in the show, and she wants to prove the doubters wrong.

“I decided to come to Africa because it is the greatest challenge I have ever had. Not just for the fighting. I will meet many of my personal fears. Staying in Africa for over a month without my family and friends, fighting without my trainers; something I could never imagine, and lastly speaking English. This event is truly a massive challenge for me. Honey badgers are from Africa, is it just a coincidence? I do not think so! I decided to come to Africa and hunt my spiritual honey badger. I have arrived!” – Mašková 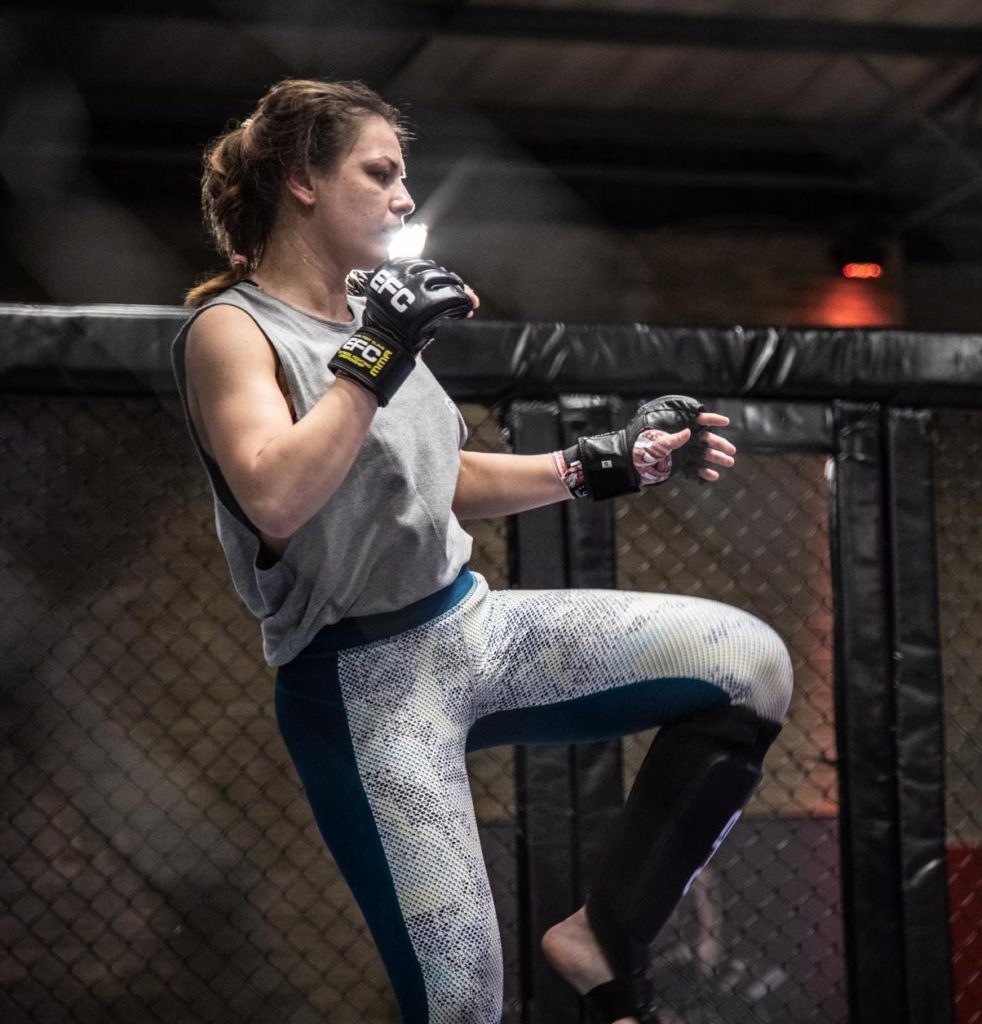 Alice Ardelean – Romania/England: 4-5 (pro record)
A MMA purist, Ardelean has no history in other martial arts prior to starting MMA. Hailing from Romania by way of Birmingham, England, she trains out of UTC alongside EFC title challenger Joe Cummins and UFC athlete Leon Edwards. Known for her tough-as-nails approach to fighting, she has a never-say-die attitude that keeps her marching forward for a fight.

“This is my opportunity. My chance to show the world that I can rise up to the challenge and defeat anyone or anything in front of me.” – Ardelean 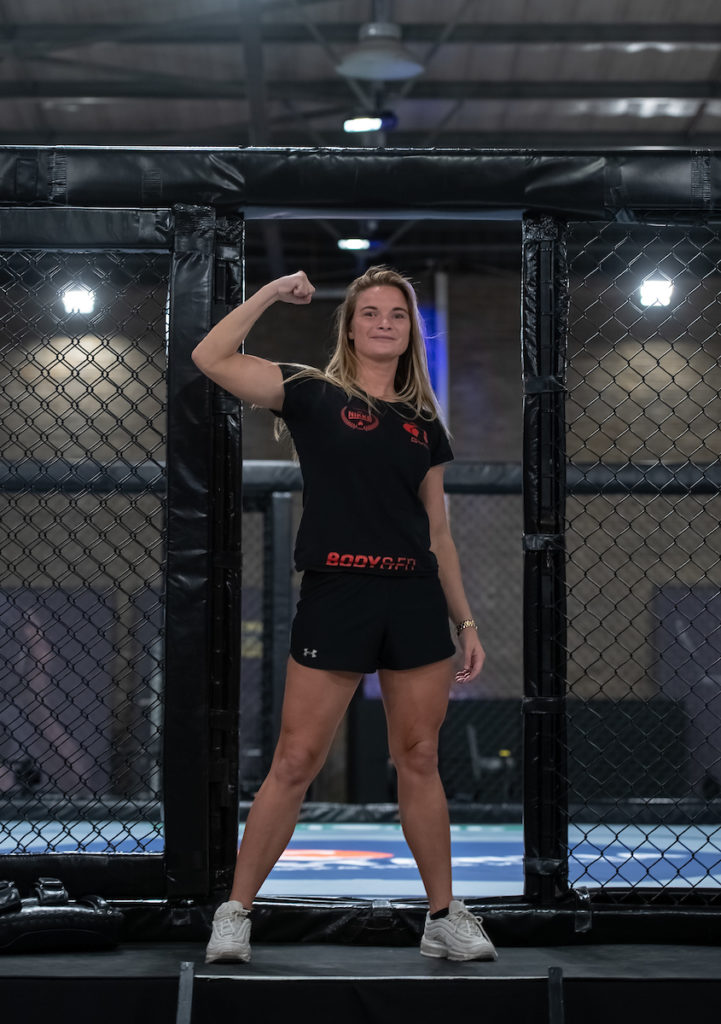 Mellony Geugjes – Netherlands: 3-7 (pro record)
A renowned kickboxer from one the world’s most highly regarded kickboxing teams, Mike’s Gym, Geugjes brings a wealth of knowledge in the striking arts. Aggressive, powerful and a natural born fighter, Geugjes doesn’t just fight in the ring, but has also beaten cancer, twice.

“I am the best striker, way better than the other girls in the show. I deserve to win the tournament because I trained and have fought long and hard enough. It is also a challenge for me at a higher weight class than I actually fight. So, I am here to learn from different coaches and see where I stand.” – Geugjes 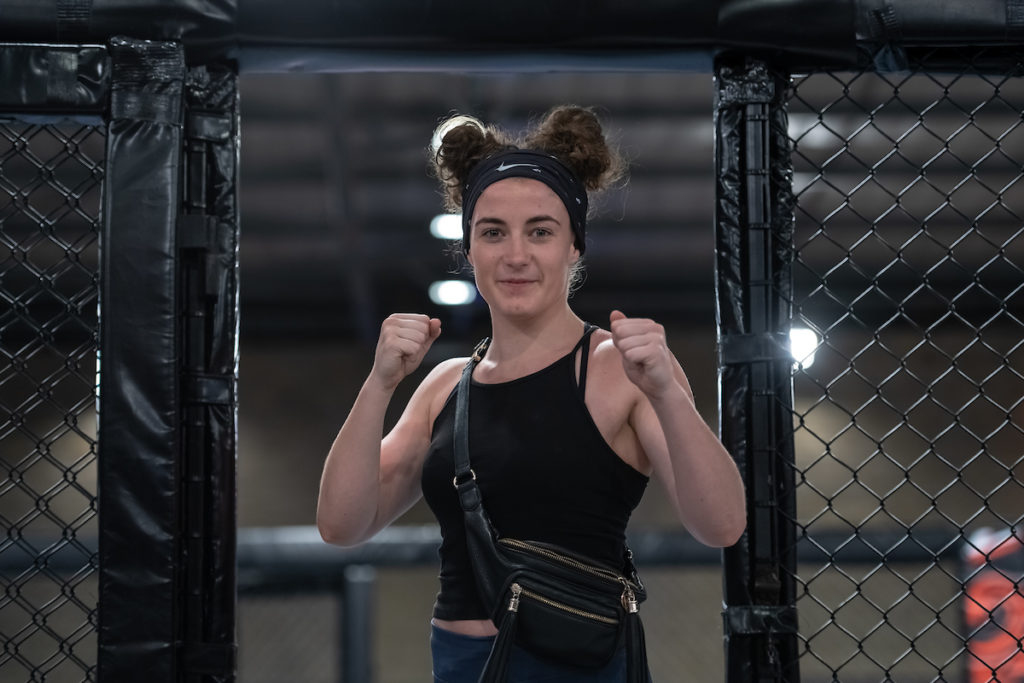 Beckie Ainscough – England: 0-0 (pro record), 2-2 (amateur record)
Ainscough began her sporting career as a football player, having played for revered teams such as Liverpool and Everton for over 10 years. However, she always wanted to be a boxer and made the transition as early in life as she could. From there she found success and became a powerful boxer with a Merseyside amateur boxing title, and over time transitioned to Thai Boxing and eventually MMA.

“I like to be explosive and powerful, always looking for a KO. I just want to be aggressive and out skill everyone. I’ve worked too hard for too long, I just deserve to win this for myself.” – Ainscough

On entering the TF2 pad, the 10 contestants will be split into two teams chosen by Soldierboy and Lesar respectively. Representing the colours of Constantia Insurance, Team Soldierboy in orange and Team Lesar in blue. Teams to be revealed soon.

Coached by former EFC champ and former UFC middleweight, Garreth ‘Soldierboy’ McLellan, and undefeated TF1 winner, Brendan ‘Descendent’ Lesar, the ten athletes are split into two teams, Team Soldierboy and Team Lesar. The two finalists and the two coaches will face each other at the grand finale on 4 May to be broadcast live on TV around the world.