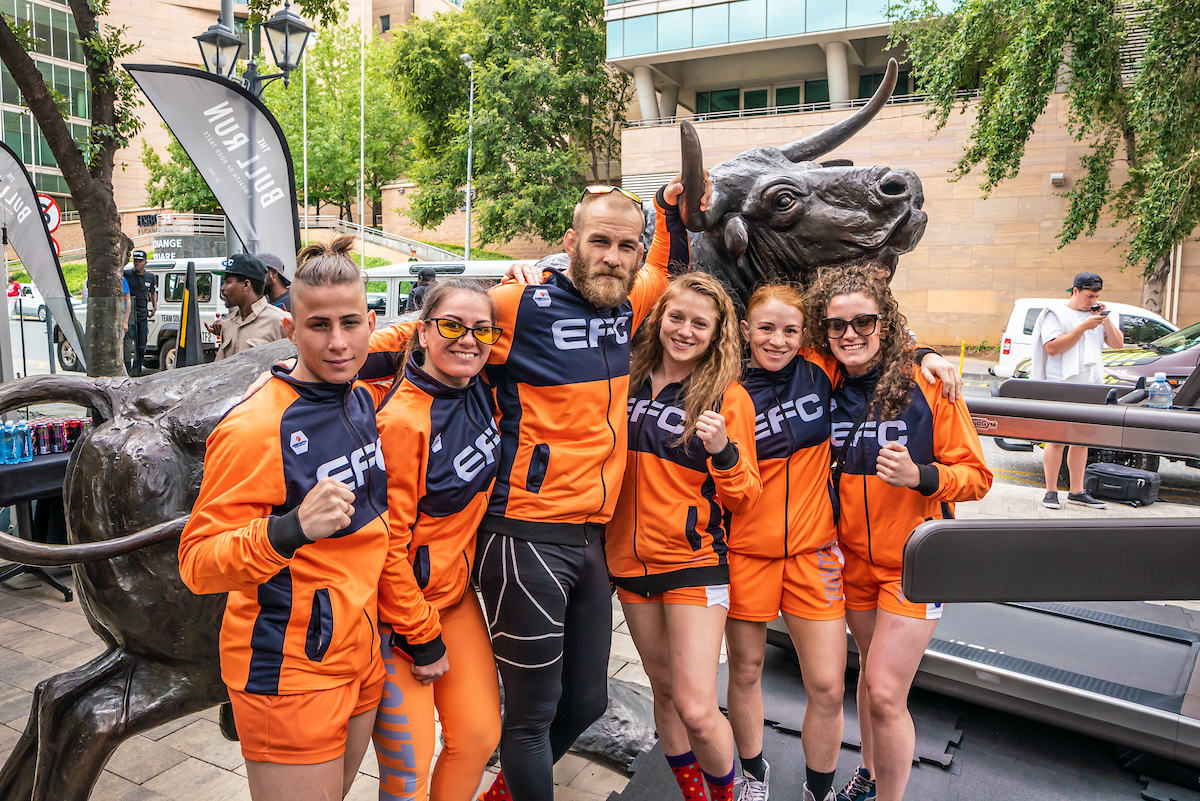 Johannesburg, South Africa – Dynamic EFC partner, EasyEquities, has taken the bull by the horns and partnered with The Fighter Season 2 (TF2), adding its innovation and financial mastery to the hit reality TV series.

EasyEquities, the brand that makes investing easy, will generate major value throughout the show, featured prominently in the Hexagon, and in an intense, not so ‘Easy’ coaches challenge, filmed at the Bull Run outside the Johannesburg Stock Exchange in one of the episodes.

The TF2 competing athletes and coaches have opened EasyEquities investing accounts, with all of them winning big with the many gruelling challenges throughout the series. International athletes can continue to trade and grow their portfolios in their home countries as EasyEquities lists international stocks, making them globally relevant and of interest to the broader market irrespective of home base.

“EasyEquities is a vibrant, dynamic and innovative company that fits well with EFC, adding value to TF2 and all EFC fans,” stated EFC President Cairo Howarth. “The EasyEquities brand is completely customer centric, making what previously was a complicated and costly process – investing – simple, cheap, easy and accessible to everyone.”

EasyEquities has created an EFC specific investment basket, offering fans the opportunity to invest in the brands that invest in and are aligned with EFC.

“EasyEquities is excited to continue its relationship with EFC into 2019! Our aim is to show that investing is accessible and fun. With EFC being at the forefront of South Africa’s fastest growing and second most watched sport, we are proud to be a part of this diverse audience. Anyone can invest, and everyone can be (or enjoy watching) elite athletes. We are delighted to be a part of the journey. #EasyEFC,” stated EasyEquities Brand Rockstar Standwa Nongauza.