THE UNDISPUTED TAKES ON THE UNDEFEATED

Karlo Caput of Croatia to challenge the champion Igeu Kabesa 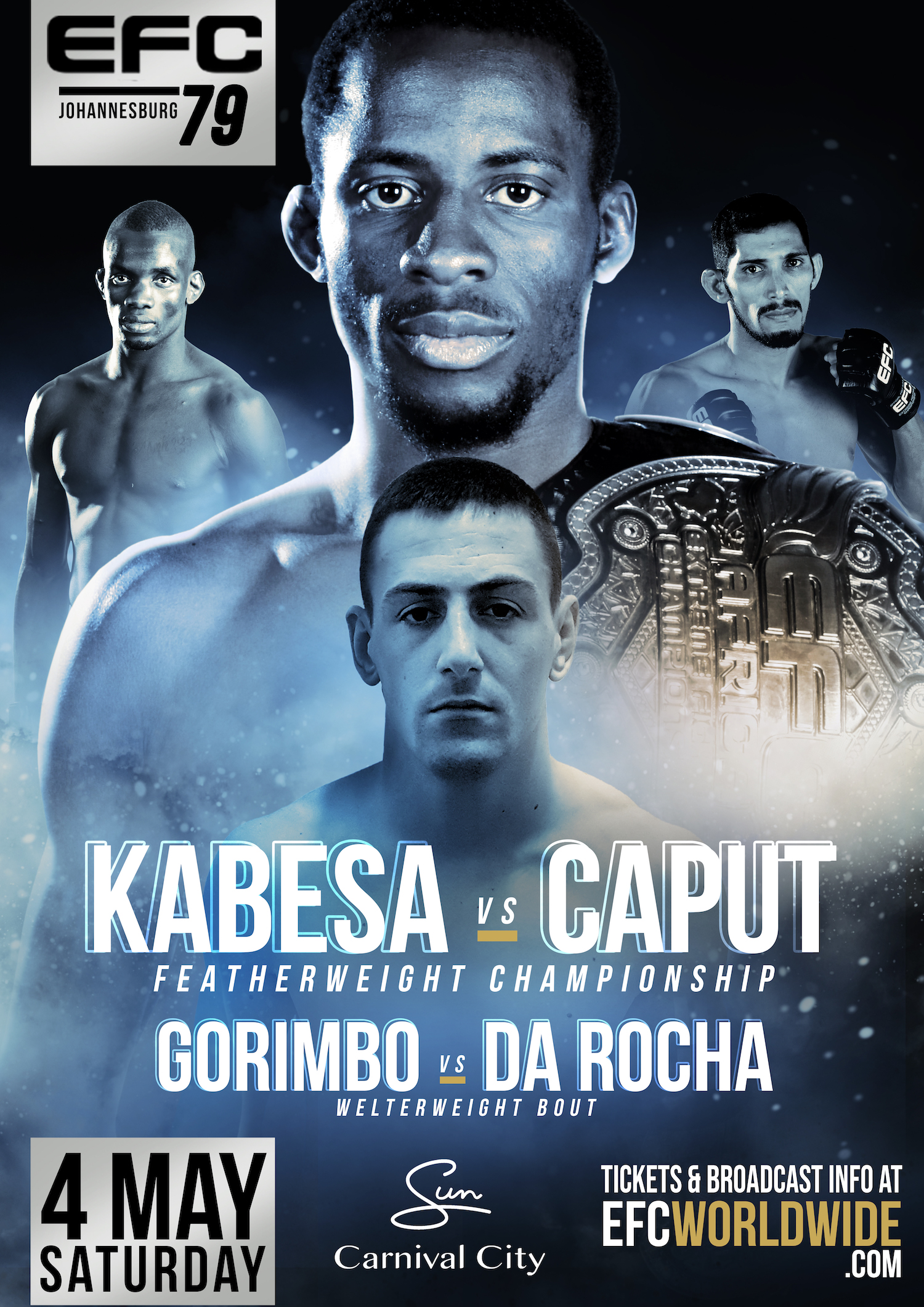 Johannesburg, South Africa – Igeu Kabesa (11-1), the undisputed EFC 145lbs champion is heading to Carnival City, Johannesburg for EFC 79 live on Saturday 4 May. Being one of the best pound-for–pound fighters in EFC, Kabesa will put his title on the line as he goes head-to-head with the undefeated Croatian, Karlo Caput (8-0).

“This is big for me, EFC is a big organisation,” stated Caput on signing with EFC. “Lots of people from my country watch EFC and now, we finally have a fighter in EFC. I am really happy bout that. I don’t know how I will win, but I will win.”

Kabesa, best known as the smiling champion who reigns over all who steps inside the Hexagon, recently defended his title against the crafty Scotsman, Calum Murrie.

On the same night, the welterweight Grand Prix kicks off with Zimbabwe’s Themba Gorimbo (6-2) taking-on Brazil’s Jose Da Rocha (10-5) for the official No. 1 welterweight contender spot and a guaranteed shot at EFC gold.

Gorimbo has been out of action for over a year and is ready to make his return to the welterweight division, where he remains undefeated.

Da Rocha has shown his tenacity with a seemingly effortless TKO victory after his close title loss to Gunther Kalunda, a fight he maintains he won. He will stop at nothing to get his hands raised again and the belt wrapped around his waist.

These fights headline the 12-bout fight card featuring some of the best mixed martial artists from around the world.

EFC 79 Kabesa vs. Caput is presented by Restonic Mattresses and takes place on Saturday 04 May live from Carnival City, Johannesburg. Tickets are on sale soon at computicket.com. Full broadcast details available at efcworldwide.com.