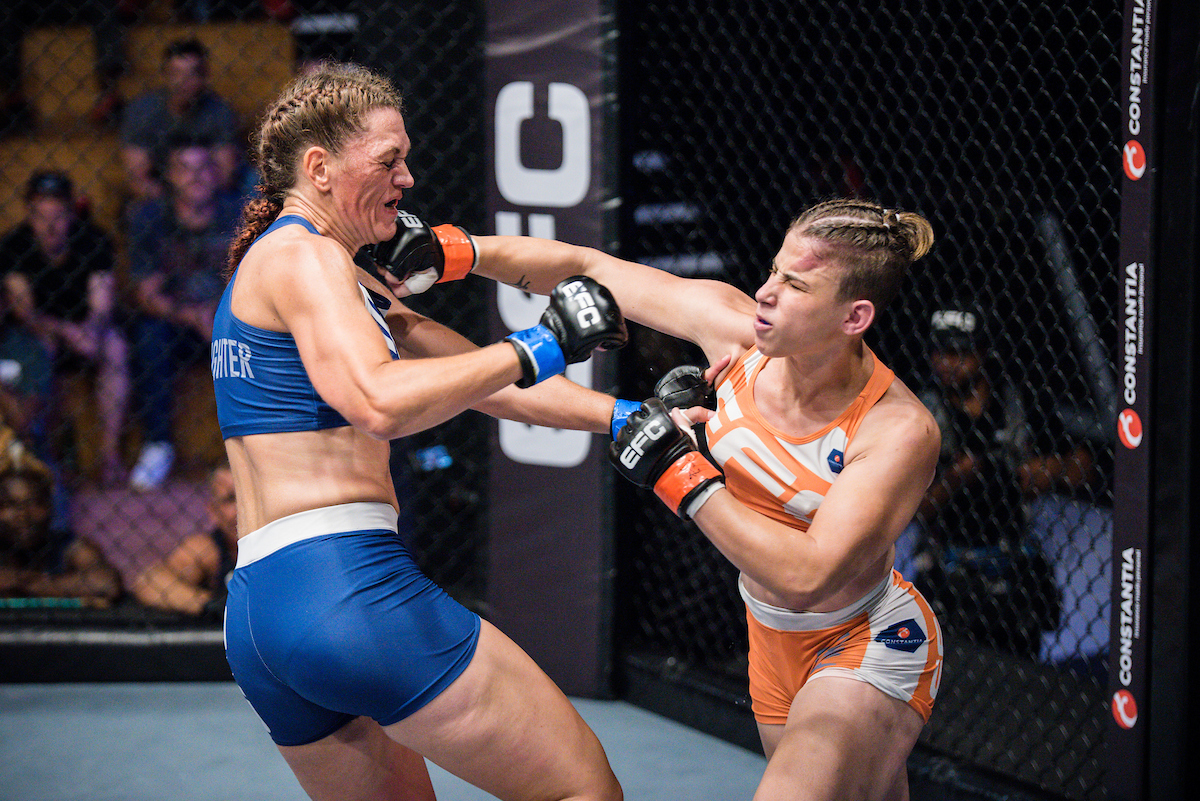 Johannesburg, South Africa – Season 2 of The Fighter is well underway. Last week’s episode saw the first fight between Romania’s Alice Ardelean and Greece’s Christina Stelliou which was a non-stop barn burner. Ardelean walked away the winner with a last-minute submission in an extra round. This week, we see South Africa’s ‘Demolition’ Jacqui Trosee take-on Brazil’s Gabi Marcal in the last fight of the qualifying rounds.

Emotions run high in the lead up to the fight with Trosee as she believes she is not getting the training she requires being the only mother in the tournament. Plus, Marcal struggles with her weight cut. Does she make the 132lbs limit? We find out this week on The Fighter – Season 2.

Keep up to date with the action and drama by following the official hashtag in the lead up to the finale at EFC 80 on 29 June at Carnival City, Johannesburg:

IconicSports.tv – Worldwide – Anytime on demand from Friday at 21:00