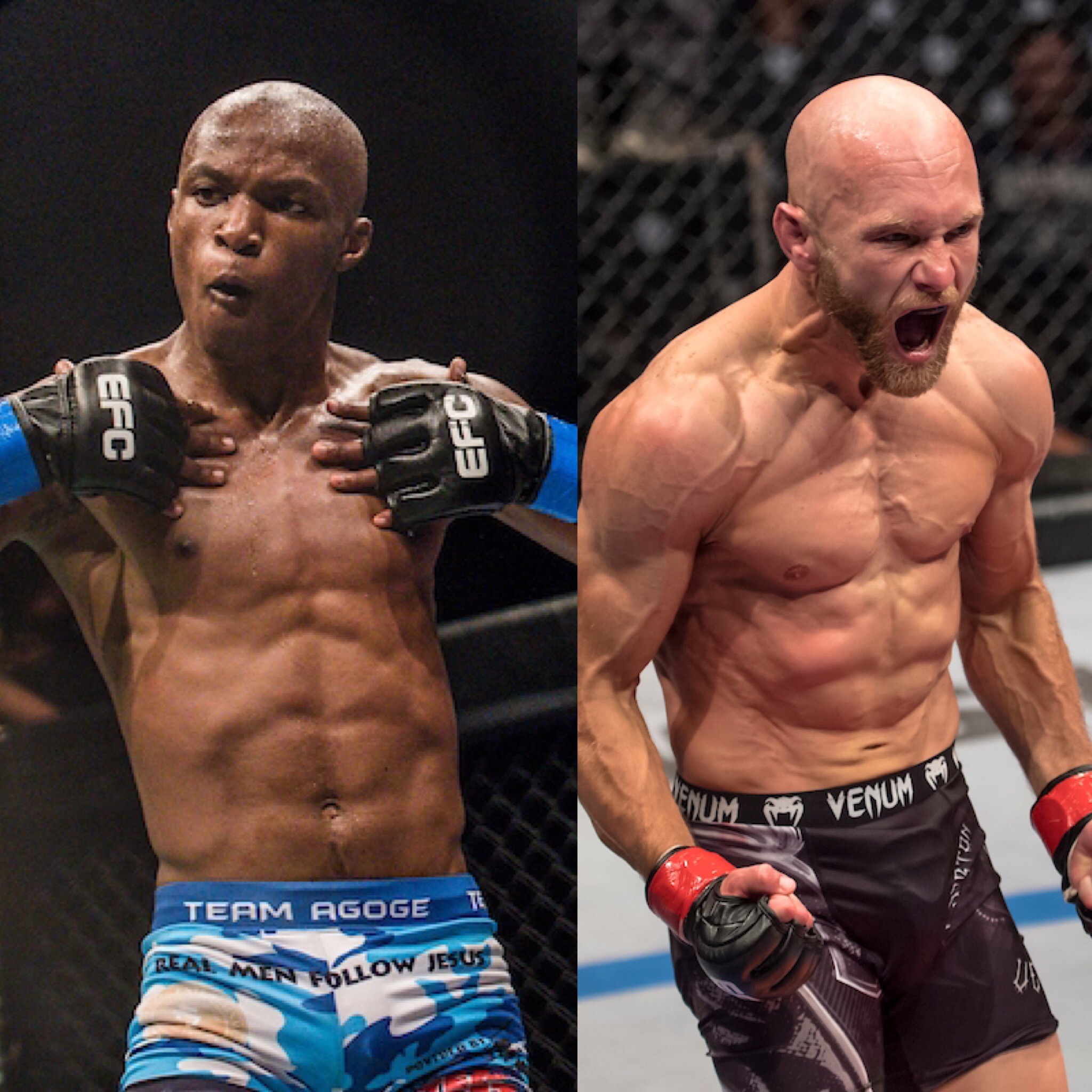 Riding high on a three-fight win streak, Tshitamba is looking for the elusive 4th win in a row. A win that would seriously raise his stake as a contender in both the fly and bantamweight divisions.

Based in Pretoria, he fights under Agoge Fighting Systems with his tall and lanky frame that gives him a massive reach advantage to his super dangerous kickboxing skills. 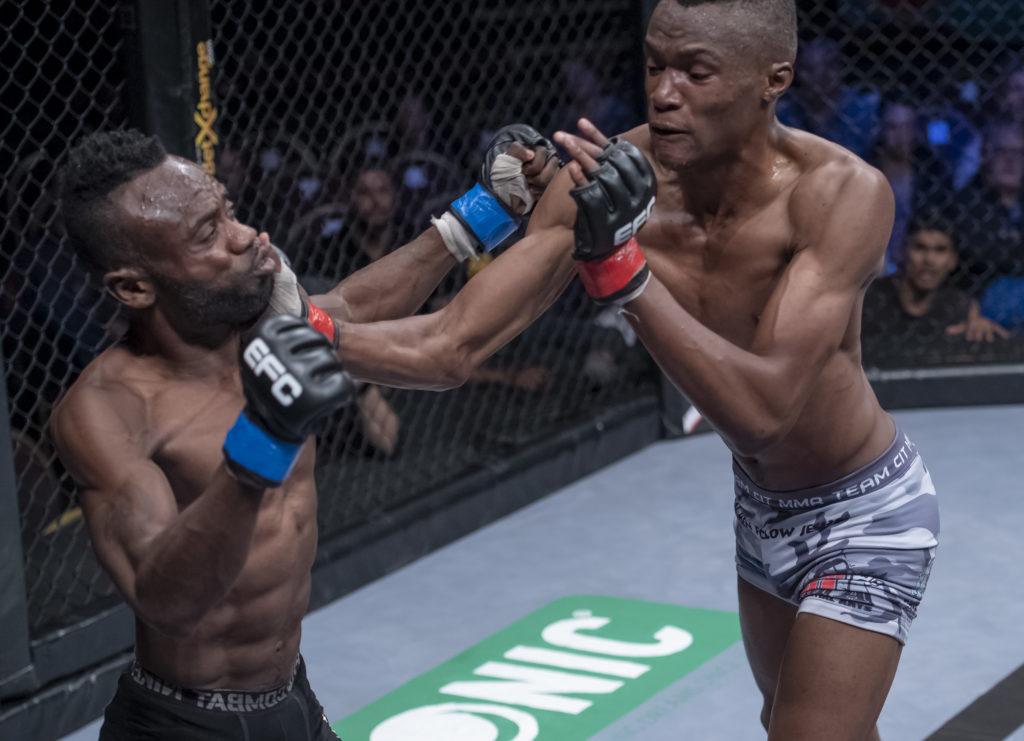 De Beer has been competing in the EFC Hexagon since April 2015 and in his 12 appearances, he has never had a disappointing fight. He consistently pushes the pace, hunts for a finish and fights through adversity.

From KO Fighting Fitness in Ballito, Durban is a well accomplished all-rounder. A man on a mission to reinstate himself at the top of the division. 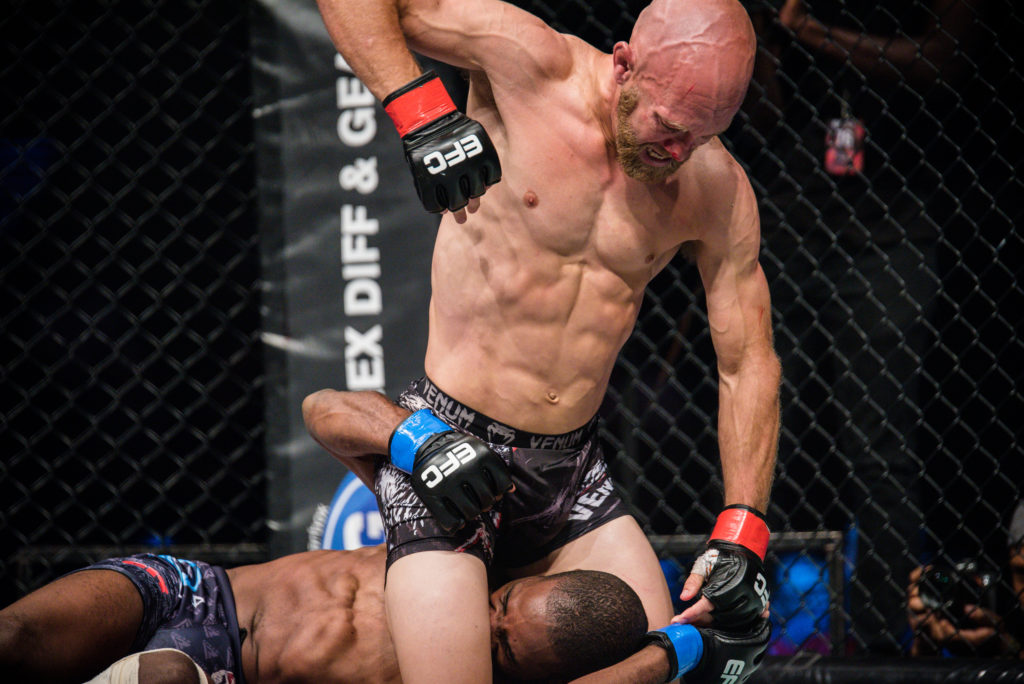