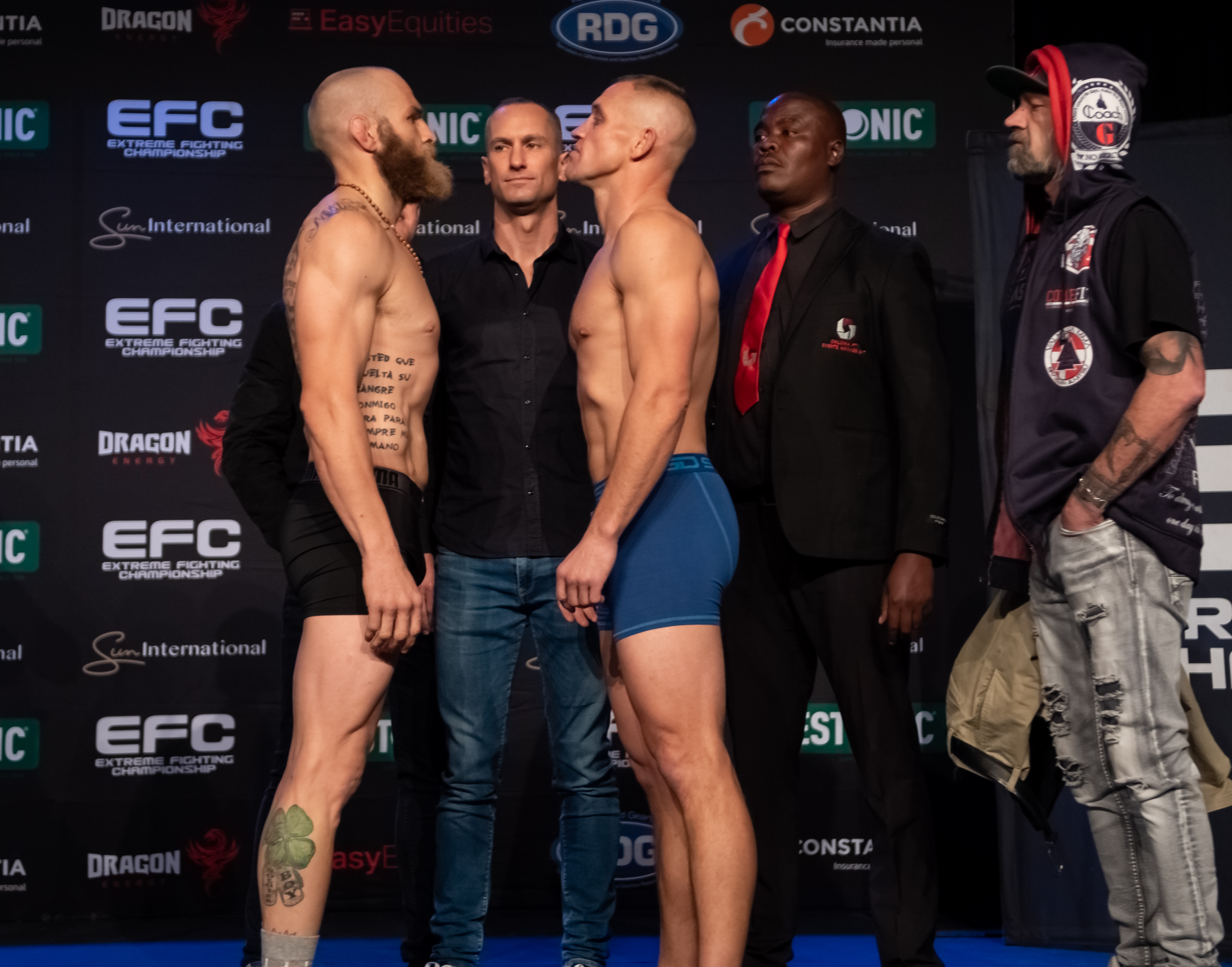 For the former UFC middleweight, ‘Soldierboy’, it is about leaving a legacy in his name and reclaiming the title that he never lost in the place he began his MMA career.

“This is where I began and where I want to end my career,” stated McLellan. He added, “I have travelled and fought in many places. There is nowhere like South Africa when the crowd gets pumping.”

Lesar is equally motivated for the biggest fight of his career. Eager to prove he belongs amongst the top of the sport and that he isn’t just a ‘new kid on the block.’

“I have been around for about 50 EFC events at Carnival City. I am going to enjoy the moment. Tomorrow night will be the culmination of years of blood, sweat and tears!” stated Lesar.

In the co-main event, France’s Manon Fiorot faces Netherland’s Mellony Geugjes in the #TF2 Finale. The two ladies battled their way through an array of fights to earn their spots in the finals of the hit reality TV series and finally collide after months of build-up tomorrow night.

“I know her and I know exactly what I have to do in the fight. I am very proud to be fighting in EFC,” stated Fiorot stoically and elegantly in her native French tongue.

“I didn’t train that much with her, so it doesn’t matter. My camp was great,” responded Geugjes when asked about her opponent.

The much talked about welterweight Grand Prix continues with the heated fight between Conrad Seabi and Luke Michael. With a guaranteed shot at EFC welterweight gold against Themba Gorimbo, their rivalry reached boiling point when they finally were face-to-face. Hearing that Seabi was over the designated weight division, Michael marched him down, shouting and grabbing Seabi by the throat, his cool demeanour finally boiling over.

Hard hitting Saxon Delefield and the crafty prospect Marcel Els are expected to go toe-to-toe tomorrow night, as they both are on impressive winning streaks. With neither man having never been past the first round, this is a case of blink and you might miss it. Many pundits are predicting this to produce a mega-highlight finish.

Set to open the main card with a blitzkrieg of action, wrestle-boxer Devon Cronje faces the accurate striking of Guy Mongambi. With both men on the hunt for a third straight win to lift themselves towards title aspirations, they will leave nothing behind in their hunt for glory.

The following athletes initially failed to make weight: Benjamin Mangala, Conrad Seabi and Mellony Geugjes. Mangala and Geugjes suffer a financial penalty and Geugjes made her designated 125lbs within the allowed 2-hours.