The countdown to the biggest event of the year has begun 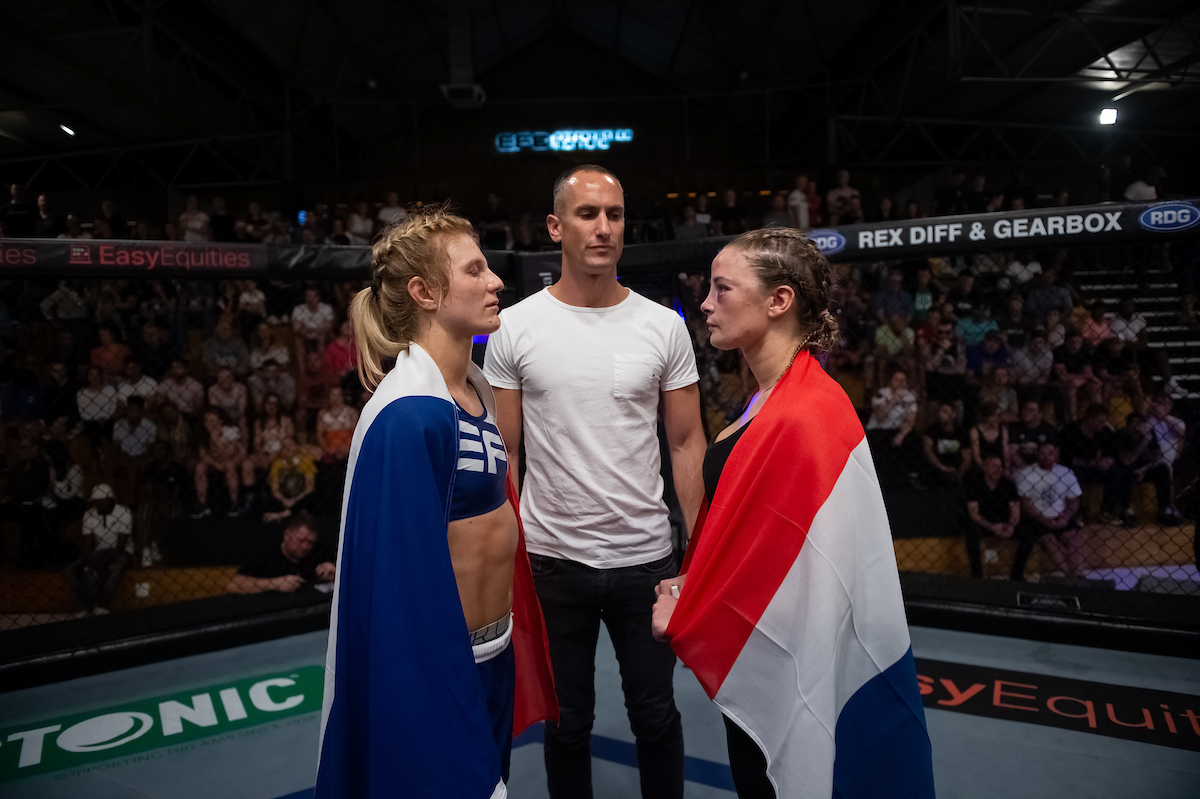 Johannesburg, South Africa – The wait is nearly over, it is Fight Week and anticipation for EFC 80 Soldierboy vs Lesar #TF2 Final is growing. Excitement for Saturday night live at Carnival City, Johannesburg is reaching new levels as the #TF2 Finalists were revealed over the weekend. It is official, Netherland’s Mellony Geugjes will take on France’s Manon Fiorot.

In the main event of EFC 80, Former middleweight champion Garreth `Soldierboy` McLellan returns to the EFC Hexagon after nearly 5 years absence to face rival coach and winner of TF1, the undefeated Brendan `The Descendant` Lesar.

In two dramatic battles, in the last episode of The Fighter – Season 2, both Geugjes and Fiorot earned their place. Setting the tone for a monumental #TeamLesar vs #TeamLesar Finale. The winner will receive an 6-figure EFC contract and a guaranteed shot at the EFC women’s flyweight title against reigning double-division champ, Amanda ‘Mad Dog’ Lino

Geugjes bested kickboxing world champion, Czech-Republic’s Sandra Maskova to enter the semi-finals and followed it up by defeating USA’s Kayla Hracho to qualify.

A cancer survivor, Geugjes knows no quit and will battle to the end for the ultimate prize with her aggressive combination striking.

She will be arriving in Johannesburg, South Africa on Tuesday 25 June. 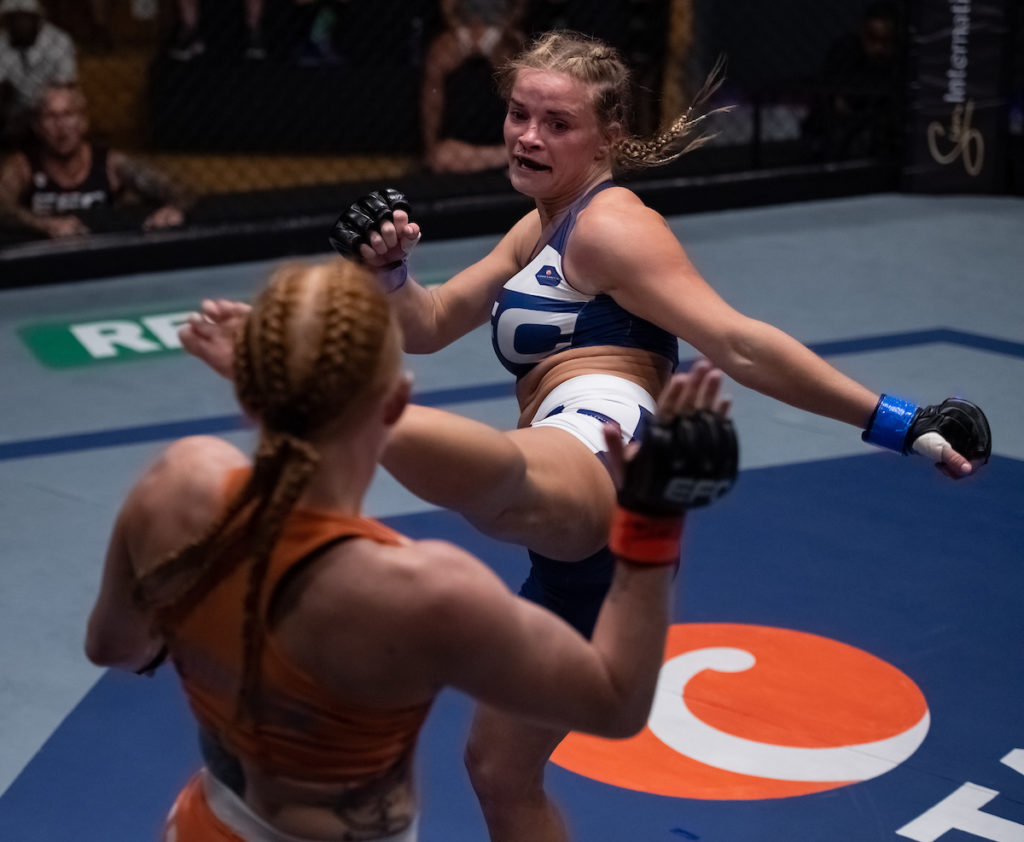 Meanwhile, Fiorot won her first fight via TKO over England’s Beckie Ainscough and faced No.1 seed, Sweden’s Cornelia Holm, in the semis. This was her chance at redemption, as several years prior, Holm had bested her in the IMMAF world championships finals. Fiorot succeeded with the unanimous decision and entered the finals.

The second draft pick for Team Lesar, Fiorot will bring her rangy kicks and punches in pursuit of another dramatic finish.

She will be arriving in Johannesburg, South Africa on Wednesday 26 June.

Geugjes and Fiorot will meet up on Wednesday evening on Sport @10.  Tensions will be high as the two finalists will face-off for the first time since their semi-final wins. They will be joined by former opposition coach, McLellan. 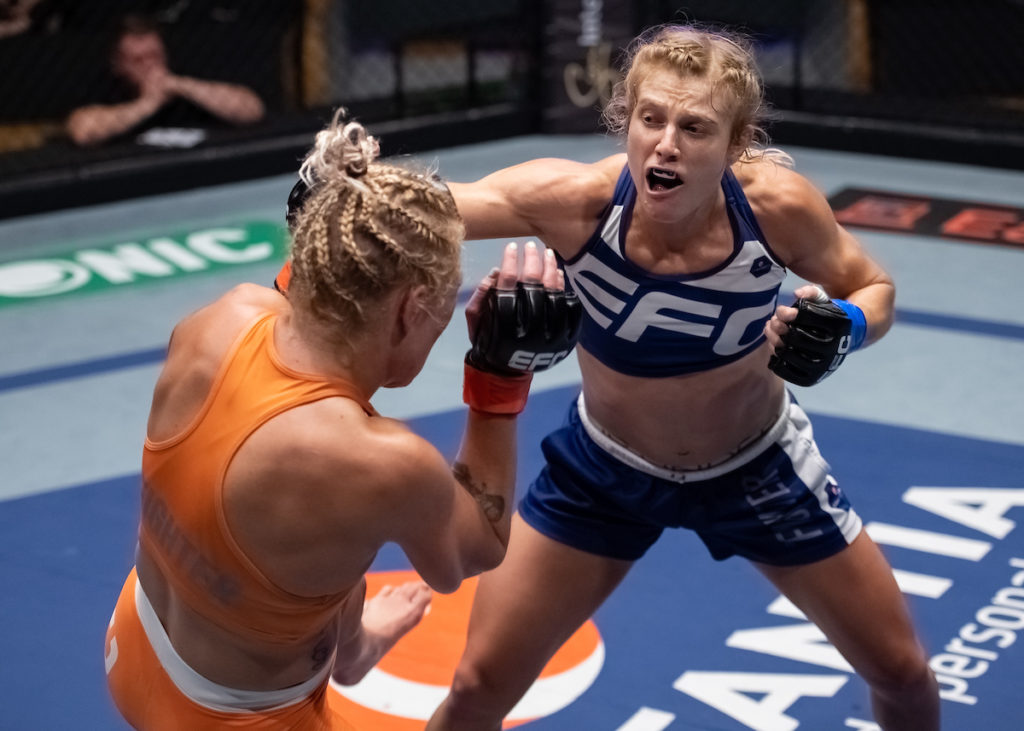 These two epic fights will be preceded by the EFC welterweight Grand Prix bout between Conrad Seabi and Luke Michael. This fight has been building-up since December last year with multiple delays. But now, nothing will stop these two warriors from clashing in the Hexagon.

Plus, two more main card fights and five exhilarating prelims, filled with many of the organisations’ best and rising stars.