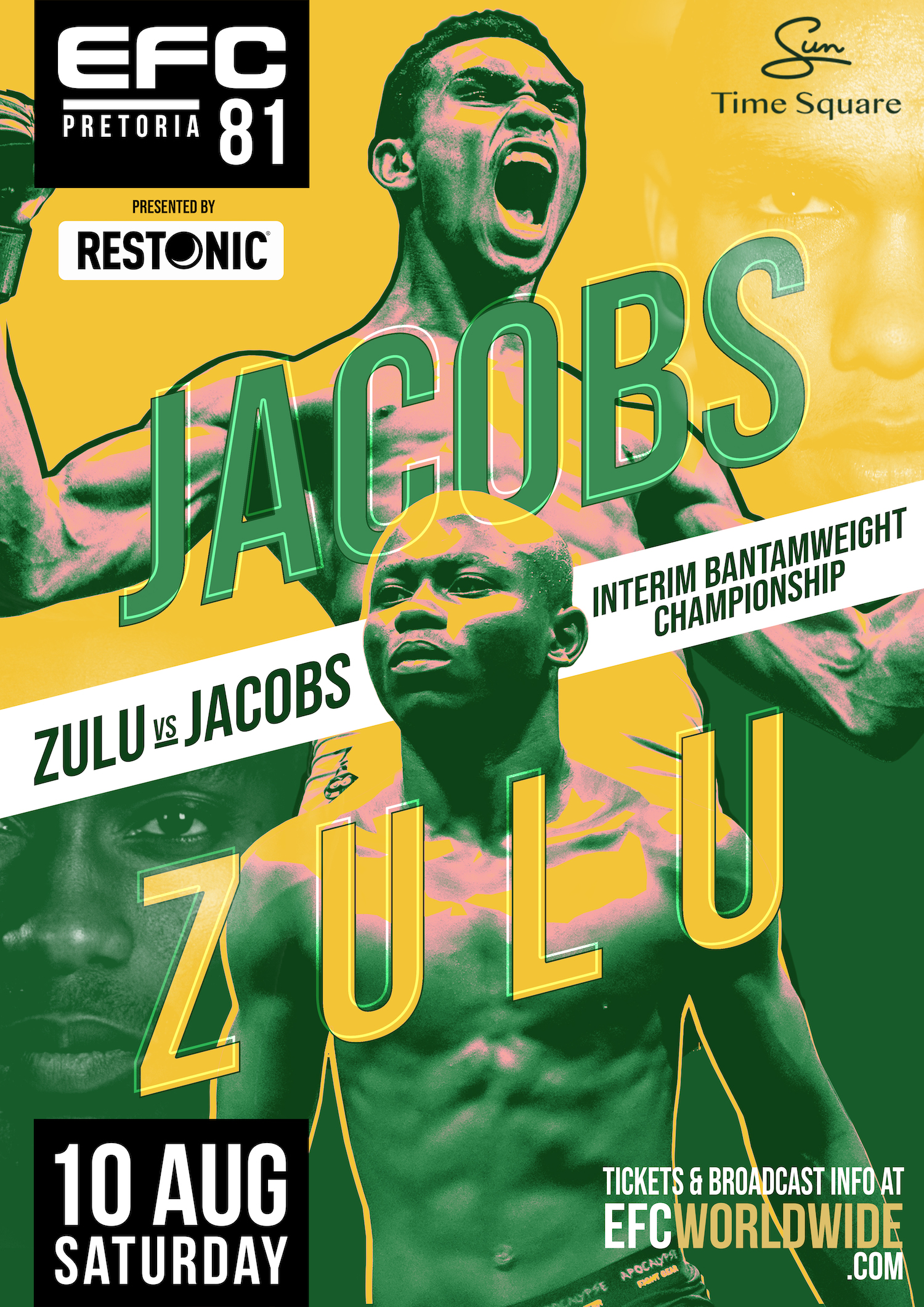 All roads lead to Time Square, Menlyn Maine for EFC 81, presented by Restonic. In just ten days, two of the world’s most exciting strikers will collide in a match-up of epic proportions as the former champion, Nkazimulo Zulu, goes head-to-head with No.1 contender, Faeez Jacobs, for the EFC interim bantamweight championship. Watch the Countdown to Zulu vs Jacobs:

In the co-main event of the evening, all title aspirations are on the line as local legends of MMA are set to meet for a second time. Looking for revenge and a shot at EFC gold, the wrestling sensation turned KO artist, Pierre Botha, sets his sights on the electrifying Tumisang Madiba.

Former welterweight champion Dino Bagattin returns to the Hexagon to face the tough as nails Pietie Coxen. Undefeated prospect, Lyle Karam is out for continued dominance, when he faces the formidable striking of Andrew Smith. And, a new threat in the bantamweight division will rise when Pretoria’s own, Asiashu Tshitamba, clashes with Billy Oosthuizen in the opening bout of the main card.

Kicking-off the highly anticipated fight night, 6 more matchups between some of the organisation’s biggest rising stars will take place. 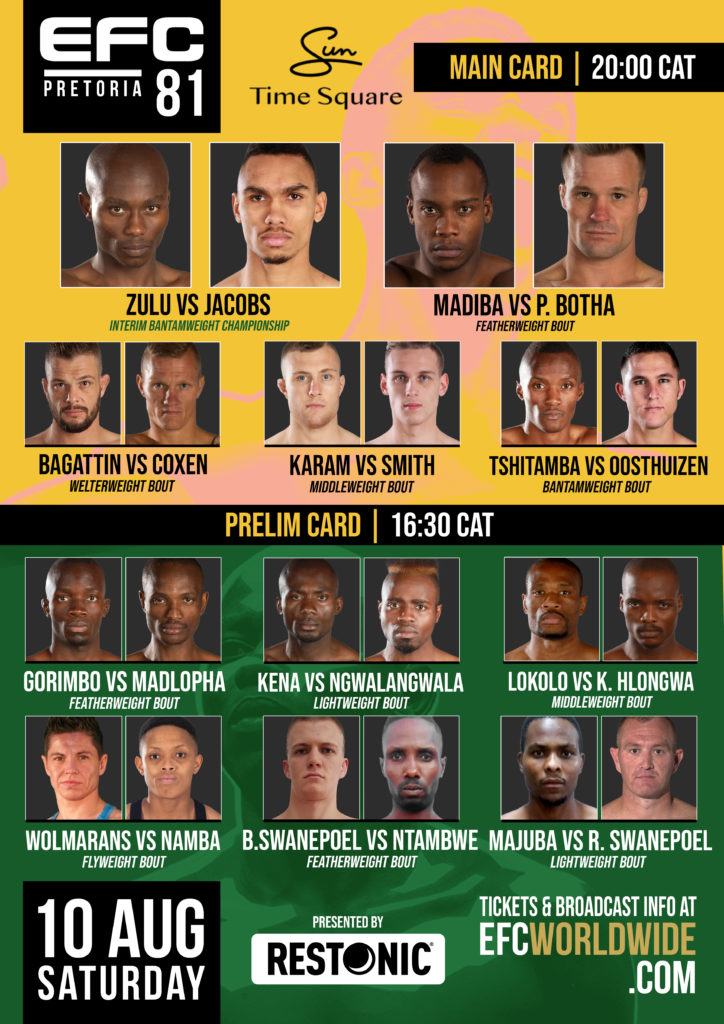