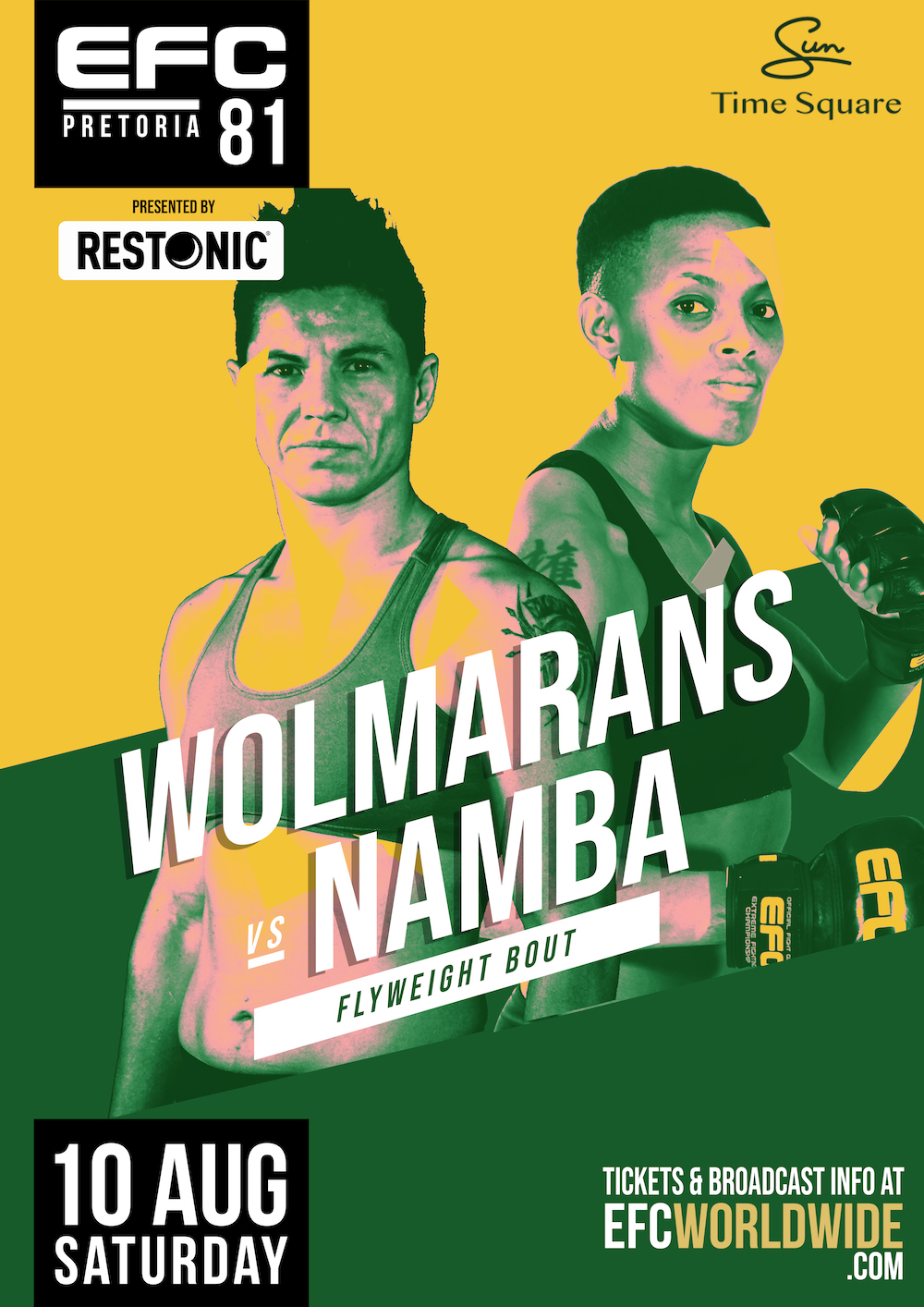 Pretoria, South Africa – The month of August in South Africa is a special one, it is officially National Women’s Month and the month of EFC 81. In celebrating National Women’s month, South Africa commemorate the more than 20 000 women who marched to the Union Buildings in 1956 in protest against the extension of Pass Laws to women and just like their predecessors, both Paulwetu Namba & Christine Wolmarans will take lead in what stems to be a predominantly male dominated world of MMA.  The newly signed EFC ladies will take centre stage at EFC 81 at Time Square, Pretoria on 10 August. Cape Town’s Namba is set to make her second appearance in the Hex, this time against Pretoria’s own debutant, Wolmarans.

“I am taking this opportunity to inspire all women who have a love for this sport,” explains Namba. “MMA, is not only about putting gloves on and emulating a sense of violence. It is a very empowering sport for women.”

Fighting out of Pro Fitness Kickboxing, Namba also works as a life support paramedic, fire technician and safety practitioner who teaches first aid, firefighting and health & safety to corporate companies and the public at large. 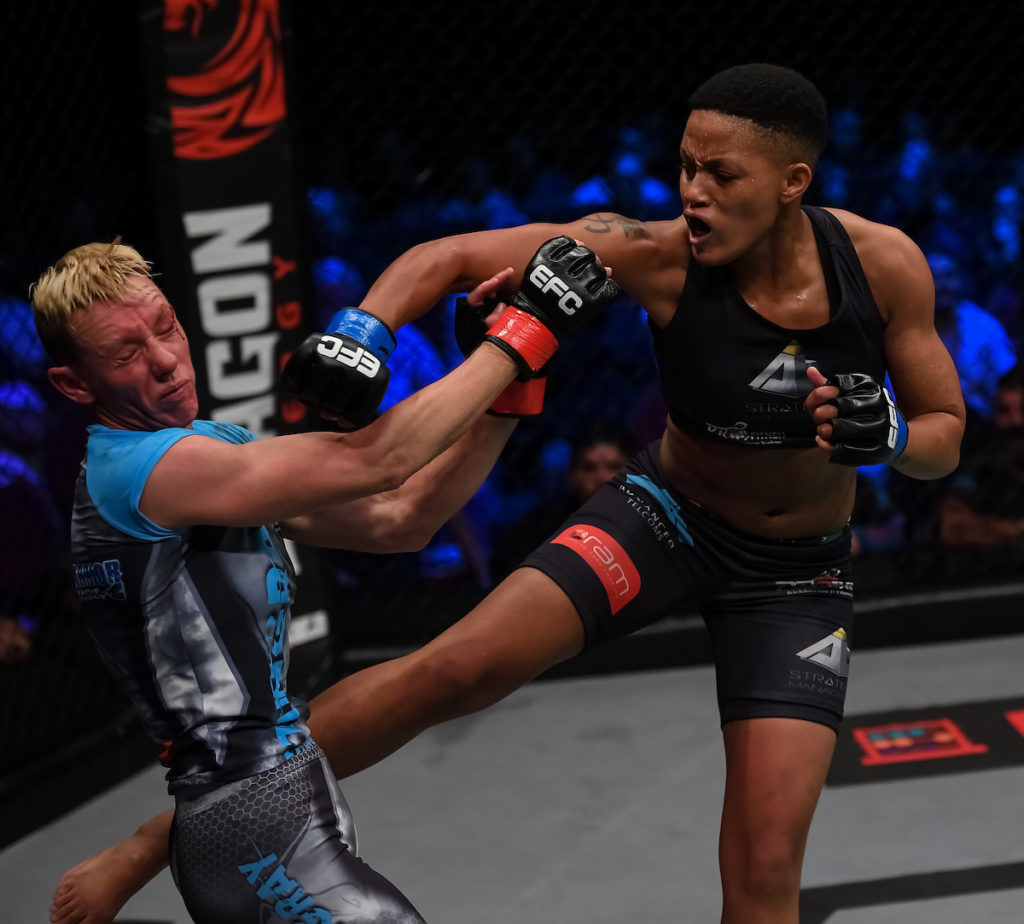 Wolmarans is still an unknown entity in the EFC Hex, as she will be making her debut.

Hailing from a rich history of combat Taekwondo and kickboxing, she brings KO power in her striking like few others. While, Pretoria is her home, she travels daily to Junkyard MMA for training as she prepares to step up on the biggest stage in MMA in Africa.

Taking a positive spin on an old adage, Wolmarans stated, “I am gonna show the world what it means to hit like a girl on 10 August.”

This fight takes place on the prelim card ahead of the EFC 81 5-fight main card headlined by the bantamweight title fight between Nkazimulo Zulu vs Faeez Jacobs.