Both ready and not willing to wait for reigning champ JP Buys, will fight for interim belt at EFC 81 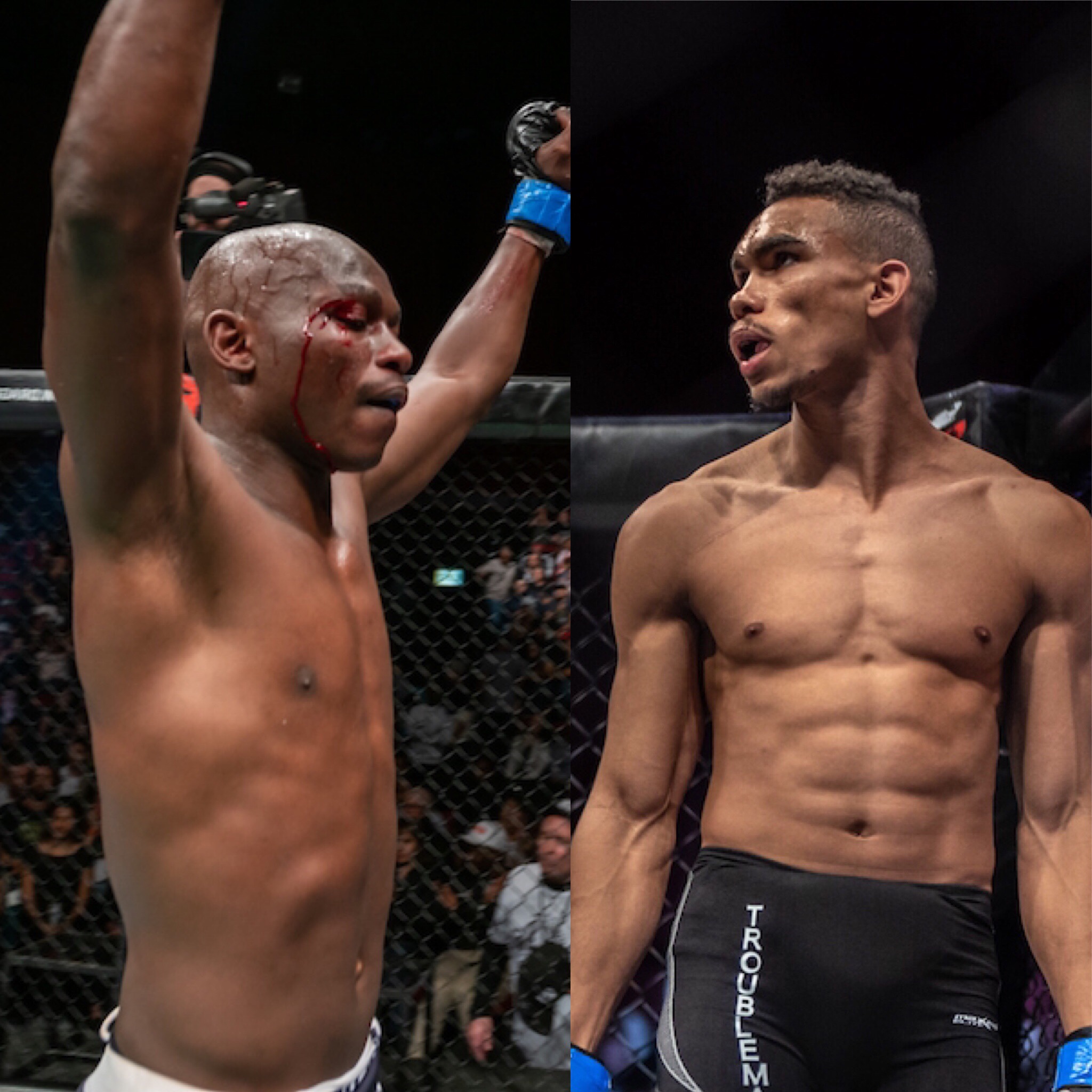 Johannesburg, South Africa – It was revealed last week by EFC VP Talent, Graeme Cartmell, that reiging champion JP Buys would not defend and Nkazimulo Zulu would take on Faeez Jacobs for the interim 135lbs championship. It was unconfirmed, until now.

Buys has been open about wanting to make the transition to UFC and has refused to make a title defence until he has received a response from the Las Vegas based promotion. Especially against Zulu who is a massive threat to his reign.

“I don’t think JP will come home to defend regardless of what purse we offer him,” stated Cartmell. “He just got married in the USA and it seems that his plans are to move abroad and seek opportunities there. Plus, he was asking for a 20% increase on his last purse, and we don’t give into those demands.”

Meanwhile in Cape Town, Jacobs has been very vocal about fighting for the title. Especially after his most recent win at EFC 79:

Behind the scenes, his team has been forthright in demanding an interim fight if Buys would not accept his challenge.

“We have created an interim title between two of the best and most exciting athletes on the roster, and in doing so we get what could be one of the best fights in the history of the organisation. We keep the division active and I can’t wait for this one,” concluded Cartmell.

One of the biggest names in the organisation, Zulu has been kicking his way to victory since EFC 19. Claiming the inaugural bantamweight belt at EFC 27. He was the first champ in the new division until he came up against pound-for-pound great Demarte Pena and lost over a hard fought 5-rounds.

Several months later, Zulu, fought in the first ever flyweight fight and remained undefeated for nearly 5-years and went on to claim and defend the belt for a further three-times, as well as featuring in UFC’s TUF Season 26. Feats that will keep his name in the record books for years to come. However, suffering his first ever loss at flyweight against now undefeated champ, Jake Hadley, Zulu set his sights on Buys in the heavier division.

Although Buys turned down the offer to face him, his shot at reclaiming EFC gold has not been taken away. 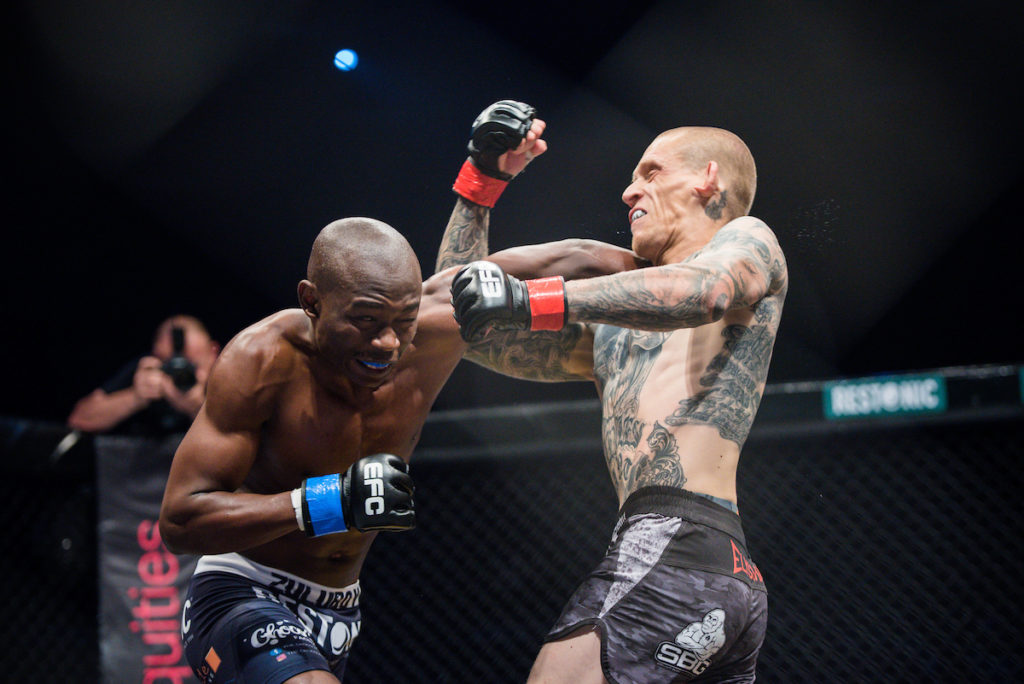 Born and bred in Cape Town, Jacobs has fought his entire amateur and professional career out of Fighterz Inc. Gym.

Jacobs is a highly motivated, self-believing man that keeps his focus on the prize and overcomes the odds, no matter how stacked they are against him.

He is hard hitting, dynamic and accurate, with an ever evolving skill set, who grows and adjusts the bigger the challenge gets.

A winner of multiple fight of the night and performance bonuses, its no surprise that he has a 100 percent finish rate, 83 percent by way of T/KO.

It is rare to find an athlete of such charisma, talent and drive; but that is exactly what Jacobs brings to the Hex with every battle.

After also being turned down as a challenger by the reigning champ, it left an opening for an impending battle of the ages and one with more than just victory on the line.

At EFC 81 on 10 August live from Time Square in Pretoria, Faeez Jacobs will face the Nkazimulo Zulu for the interim flyweight title and in a division of rising contenders, theres only space at the top for one. 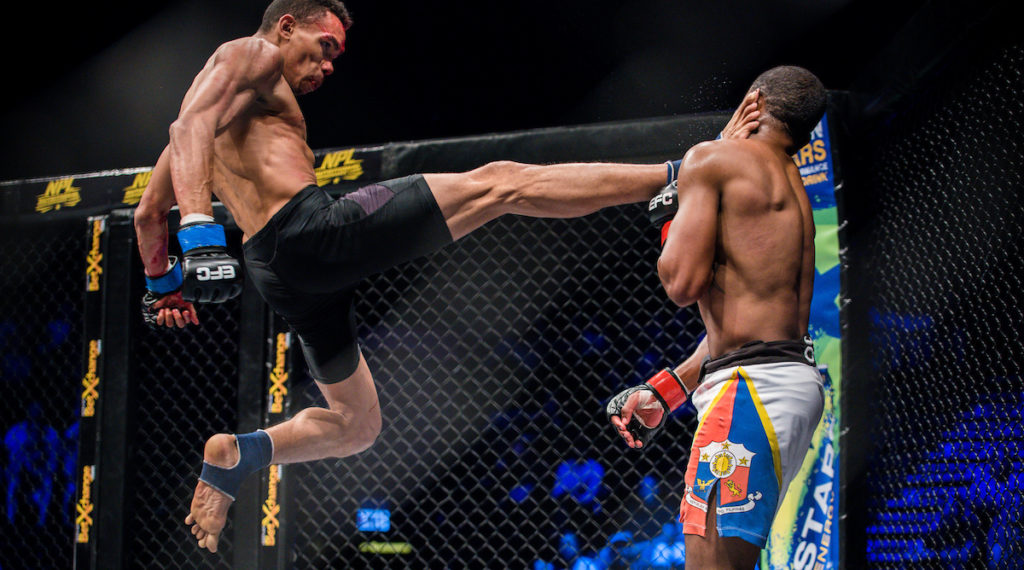 Added to the main event, action fighters Tumisang Madiba and Pierre Botha are set to once again collide. They first met at EFC 34 just less than 5 years ago where Madiba submitted the wrestling phenom in the first. However both have charged their way up the ranks are in line to earn their spot at challenging the champ, Igeu Kabesa. Now with so much at stake, they will leave nothing to chance when they clash again.

Former champion and fan favourite, Dino Bagattin, makes his long awaited return to the EFC Hexagon after over a year. He goes head-to-head with the formidable challenge in 13-fight veteran Pietie Coxen. Two super experienced warriors that love to scrap will throw down in the centre of the Hexagon.