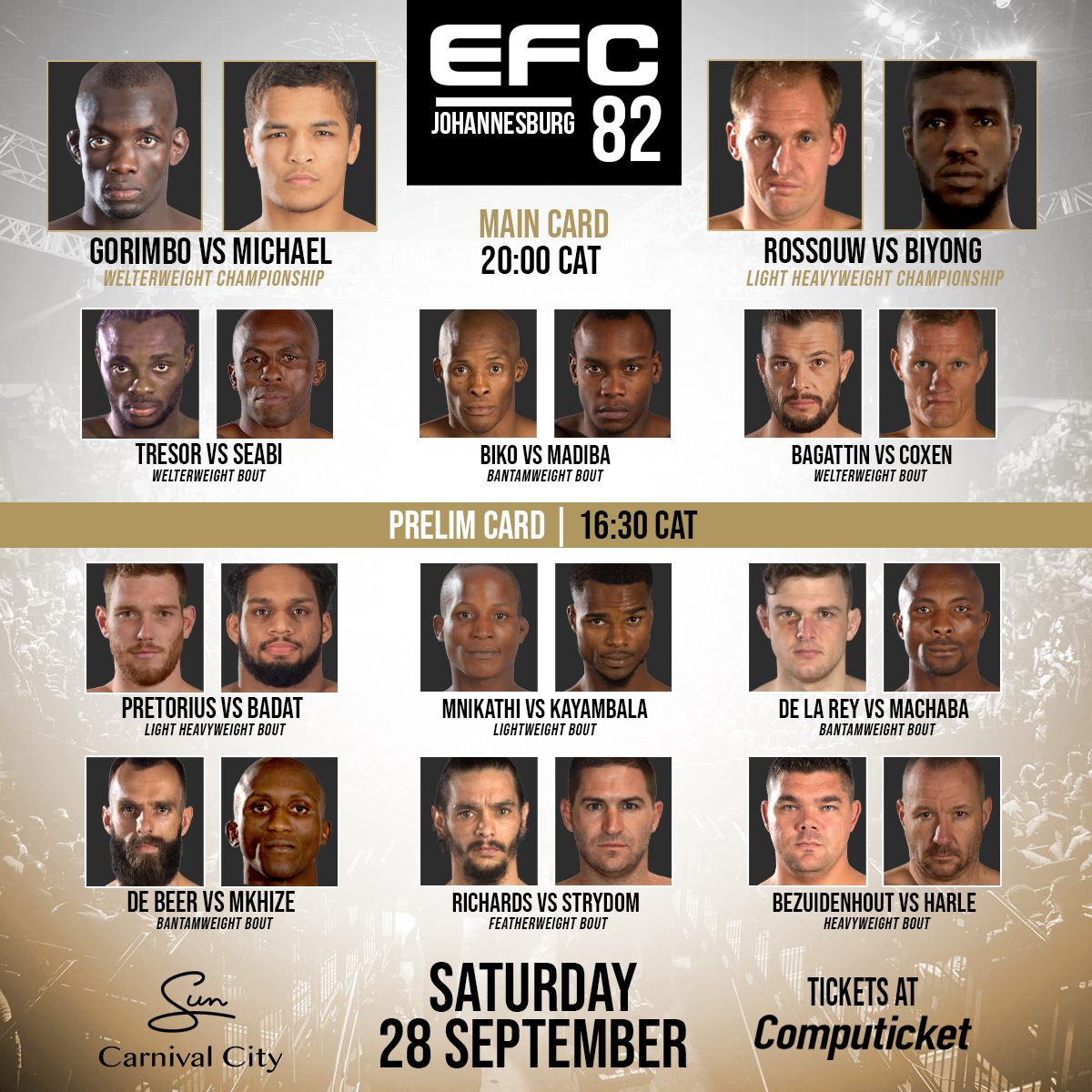 EFC 82 is bringing its dedicated fans a showpiece of hyper focused action with two long awaited title fights, finally crowning 2 champions, a No.1 contender bout that is sure to cement the victor, 2 former champions eyeing reestablishment against hungry roadblocks and 7 more bouts designed for the fans.

In the co-main event, South Africa’s undefeated punisher Quinton Rossouw invites with ill intent, a Cameroonian powerhouse; Simon Biyong into the EFC roster for the vacant light heavyweight championship. Both men intent on turning the spot light, left by former double-division champ Dalcha Lungiambula onto their legacy. Their time is now! Watch the Countdown to EFC 82 Rossouw vs Biyong:

The world will be watching closely, when the super athletic Congolese, Pupanga Tresor, takes-on South Africa’s own, Mamelodi Warrior, Conrad Seabi. With a guaranteed title shot against the winner of the main event hanging in the balance, both men will be ‘all guns blazing’ when they square up in the centre of the Hex.

In a mega matchup between two of the organisation’s most action-packed fighters, Tumisang Madiba returns to the bantamweight division to face former champion Luthando Biko where the winner will have a potential title shot against recently crowned champion, Faeez Jacobs.

The opening fight of the main card, sees two veterans of the Hexagon. Former champ Dino Bagattin is looking to cement his legacy as one of the best to ever step in the Hex, meanwhile his opponent Pietie Coxen wants another KO finish. A style match up that is sure to set a thrilling pace to the start of the live broadcast.