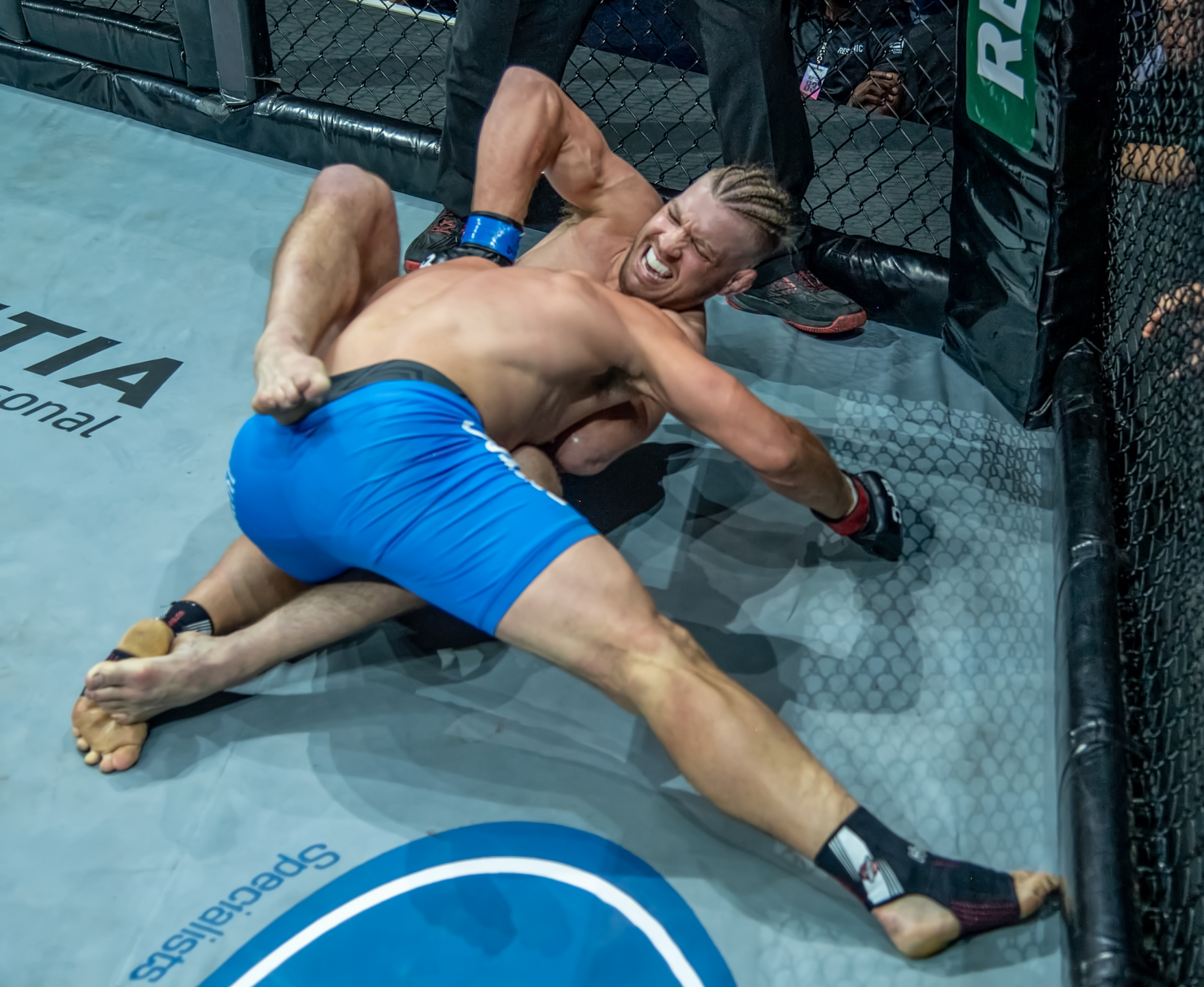 Johannesburg, South Africa – It was built up over an elongated 2 years. Dricus du Plessis had cleared out the middleweight division and a reality TV show was created to find him a new undefeated challenger. Tonight witnessed the culmination of both his and France’s Manon Fiorot’s toils to claim the middleweight championship and women’s flyweight championship respectively.

After a feeling out period where both warriors exchanged power strikes, the former double division, double promotion champ, Du Plessis pounced. Dropping Lesar with a left, following up with some vicious ground and pound, he followed it up with his lightening-quick trademark guillotine, cementing himself as one of the best to have ever fought inside the EFC Hexagon. He furthered his record to 14-2. All wins by way of finish.

“That light heavyweight division is looking thin and my left shoulder is getting a little cold,” stated Du Plessis hinting at the possibility of moving up a division and challenging the current champ, Senegal’s Simon Beyond.

Preceding the main event, the double division women’s champ, Amanda Lino, placed her flyweight belt on the line against the challenger, TF2 winner, France’s Fiorot. Over five rounds, Fiorot struck from a distance, chipping away at the champ’s armour and whenever Lino entered the pocket, Fiorot pivoted or strafed, avoiding almost any damage in the process.  A dominant performance by any measure, the kickboxing phenom from Nice displayed her truly world class striking performance, reminiscent of one of the world’s most famous women’s MMA bouts, the watermark; Holm vs Rousey.

“I am really happy to fight in South Africa in EFC,” responded Fiorot in her post fight interview.. “I am happy to be the new champion and execute the game plan to perfection.” 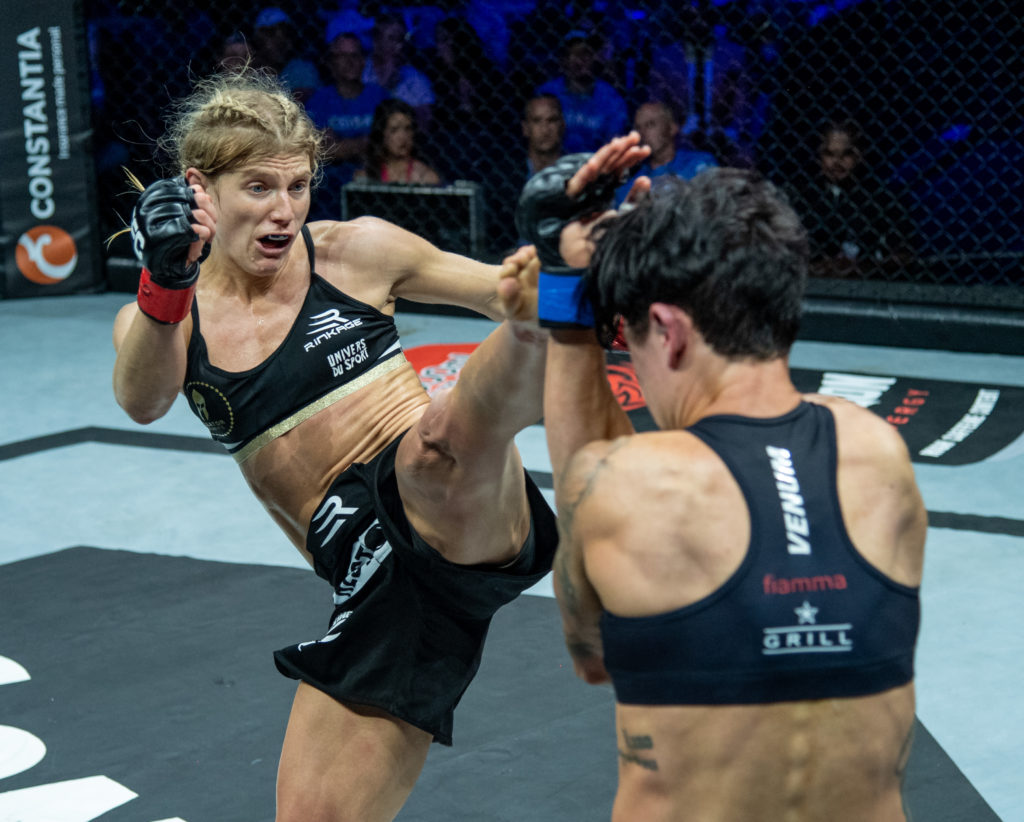 Living up to the hype saw lightweight contenders, Anicet Kanyeba and Saxon Delafield touch them up once again and the baying Pretoria crowd were surprised to witness the same result. In the first bout, Delafield attacked early with a chain of slick submission attempts with Kanyeba narrowly escaping and laying down his own ground and pound to claim the TKO win. The second bout nearly followed this exact same trajectory, but Delafield survived the onslaught and both men provided an instant classic war. This fight puts Kanyeba on a four-fight win streak and marks his 22 fight in the organisation. It remains to be seen if he will be named as the official No.1 contender in the division.

Kicking-off the main card broadcast saw two bantamweight wars, both billed with the potential to produce the next 135-pound contender in the promotion. The latter saw Angolan stalwart, Marino Cutendana face rising South African, Devon Cronje. In the opening bout, viral superstar, Asiashu Tshitamba took on his biggest opponent yet in Zimbabwe’s Sylvester Chipfumbu. Both bouts were fought over three gruelling rounds with the winners securing convincing unanimous decisions. Victors, Chipfumbu & Cronje both overjoyed at their victories called for their well-deserved shots, but it is still to be revealed who will get the shot at Faeez Jacobs. Keep your browser bookmarked at efcworldwide.com for forthcoming news in 2020!

The official EFC 83 results are as follows:

Cameron Saaimon defeated Corne Blom via TKO (punches) 1:25 in round 1.

Conrad Seabi defeated Robert Swanepoel via TKO (punches and elbows) 2:55 in round 1.